When it comes to software-defined infrastructure, a 451 Research survey finds financial services and healthcare lead the field as prime implementers, while retail continues to lag.

In addition, SDI is one of the growth areas in the enterprise data center. The average spending on this technology was projected to increase in 2016 by 14.4%.

That's the conclusion of 451 Research in its Voice of the Enterprise report "Q4 2015 Software-Defined Infrastructure." It's based on 900 completed surveys by IT decision-makers in North America and Europe. Respondents were mainly focused on both virtualization of resources in the data center and making pooled resources more flexible.

The number that have achieved SDI is still limited -- 21.3% -- but it's clearly a goal for a larger share of enterprise organizations. Of those that have implemented SDI to some degree, 66.3% report that they had done so with VMware; 39.2% said they used Cisco as a primary vendor; and 28.1% said they used Microsoft. 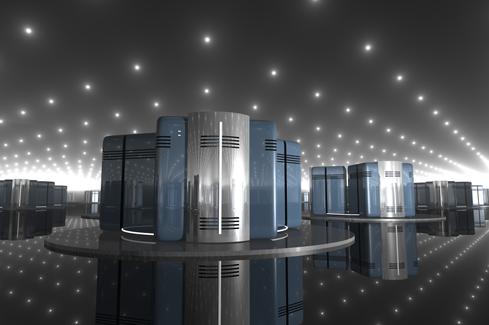 About 40% of survey respondents were doing pilot or proof-of-concept projects. In addition to the virtualization of hardware resources, getting to a software-defined infrastructure includes automation of server, storage, and networking provisioning for end-users, an ability to scale out the infrastructure elastically, and a more policy-driven approach to management.

All of these features are characteristics of public cloud operations, but in the enterprise data center the environment is more varied, the amount of intervention before an end-user is provisioned with certain services may be greater, and the servers supplied as a service may not be directly billed for.

That is, SDI amounts to traditional data center operations with several cloud-like features.

The early adopters of SDI tend to be in financial services and healthcare, which registered 28.8% and 26.1% adoption, respectively, according to 451 analysts Simon Robinson and Nikolay Yamakawa. Among the companies surveyed, 21.3% have implemented some form of SDI. The trailing adopters were most frequently found in retail, with just 7.4% implementing at this point.

The main benefit gained is increased agility and flexibility, according to 65.1%. The gain is achieved through the virtualization of hardware resources, according to 47.9%; automation of infrastructure provisioning and management, according to 39.5%; and elastic scaling of IT infrastructure, according to 28.4%. (Respondents were able to cite gains in more than one area, leading to a total that is greater than 100%.)

"Over half of the implementers (51.2%) find SDI to be complementary to public cloud, while 37.6% consider it to be a path to hybrid cloud," where on-premises operations are linked to workloads in the public cloud, wrote the authors.

There was a split among respondents on what constituted the most frequently encountered barrier to implementing SDI. Among those with senior management titles, the lack of maturity in SDI products was named by 50% of them. Lower-ranking staff, however, tended to list "lack of internal skills" as their top choice, according to the March 10 report.

"This discrepancy points to the need for an audit of the existing skill sets to ensure that any gaps are filled, and [for] realization by senior management they will need to bring on some new people to help accomplish the change," the authors wrote.

Both the adoption of Docker and other forms of container technologies and the continued adoption of OpenStack software for private clouds will be part of SDI, and their adoption is helping it penetrate more enterprise data centers, the authors noted.

Half of financial services firms reported "some level of OpenStack implementation," according to the report.

Charles Babcock is an editor-at-large for InformationWeek and author of Management Strategies for the Cloud Revolution, a McGraw-Hill book. He is the former editor-in-chief of Digital News, former software editor of Computerworld and former technology editor of Interactive ... View Full Bio
We welcome your comments on this topic on our social media channels, or [contact us directly] with questions about the site.
Comment  |
Email This  |
Print  |
RSS
More Insights
Webcasts
Building Asset Management into Your Enterprise Security Strategy
Cybersecurity Risk Management
More Webcasts
White Papers
SANS Institute Survey: The State of Cloud Security
Simplify Your Application Security
More White Papers
Reports
Trustwave Global Security Report
The State of DevSecOps Report
More Reports