A recent study by Morar Consulting concludes that it's difficult to realize savings in energy consumption and efficient operations without a data center infrastructure management system (DCIM).

The implication of the study is that data centers have gotten so complex with so many invisible, moving parts, including virtual servers and containers, that average systems administrators/data center operations specialists need all the help they can get. Morar contacted 101 CIOs, CTOs and senior data center managers across the US for the study and another 100 in the UK.

"A successful DCIM solution deployment allows managers to understand, manage and optimize the myriad amounts of data under their control, the Morar study said. The study was sponsored by Intel and Schneider Electric. Schneider Electric offers the DCIM, StruxtureOn, an online data center monitoring service. 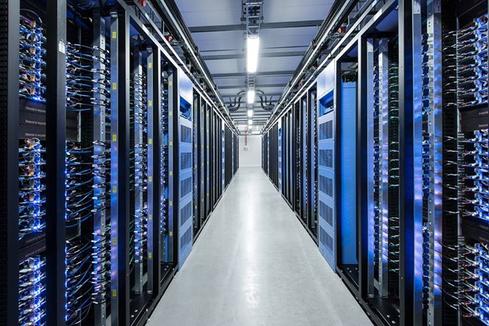 Likewise, Intel produces Data Center Manager, meant to allow a data center manager to make use of the power consumption and temperature-monitoring features of Intel CPUs. With more sliding-scale controls in its chips, Intel is interested in making servers based on x86 CPUs run at the appropriate power setting and cooling. The study identifies when data center staffs decide to install DCIM and where they realized savings from the effort.

The Morar survey asked the 201 enterprises how many had implementated data center infrastructure management software; both large and small-to-medium sized companies participated. In the US, the answer was 89%; in the U.K., it was lower, 71%. One of the key triggers was the adoption of a hybrid infrastructure, part on-premises and part in the cloud. Forty-one percent cited hybrid computing as one of their primary reasons for taking the step of adopting a data center infrastructure management system.

But the biggest reason was simply the need to automate what had heretofore been manual tasks, such as the laborious writing of deployment scripts or job sequencing scripts, in order to streamline operations. Fifty-seven percent of respondents cited the latter as a primary reason. With DCIM systems, such tasks can be handled through a management console.

A secondary cause triggering implementation of DCIM was the need to overhaul legacy servers and modernize legacy systems, according to 43%.

Of those that have DCIM systems, 51% said they had achieved a minimum cost savings of 25%, the Morar report said.

When asked why they were willing to give out an A grade, the managers who did so said: 1) better able to update legacy systems and problem servers, 41%; 2) significant cost savings, 29%; and elimination of manual processes saving time for data center labor, also 29%.

Those delivering a grade closer to a C or lower rating said they still had to rely on their old processes, despite the new system (56%); or they were not yet able to fully utilize the new system (28%). The study said the response illustrated that purchasing and installing DCIM isn't enough to realize a return on investment. It must become a platform used to change data center processes in general and be embraced throughout the IT organization.

"For processes to be changed at a holistic level, solutions must become easier to use and do more of the problem solving without human interaction," the Morar report said.

While many of those who had not yet implemented DCIM still saw virtue in an automated system, 33% of those without "seemed to have a tough time seeing the value," the study reported. Forty percent of the small and medium businesses have no plans to implement such a system, while 20% of enterprises with 2,500 employees or more have no plans to install one.

Another barrier to adoption is the small percentage of facilities managers – those most acquainted with the power distribution and heating and cooling systems – that have any hands on experience in using a DCIM system. Their practical experience could have a bearing on effective electricity conservation but they don't understand the ways DCIM can further that goal. A beneficial system needs to be able to lessen the gap between IT operations and facilities management, the report said, and prospects should be evaluated with that goal in mind.

Charles Babcock is an editor-at-large for InformationWeek and author of Management Strategies for the Cloud Revolution, a McGraw-Hill book. He is the former editor-in-chief of Digital News, former software editor of Computerworld and former technology editor of Interactive ... View Full Bio
We welcome your comments on this topic on our social media channels, or [contact us directly] with questions about the site.
Comment  |
Email This  |
Print  |
RSS
More Insights
Webcasts
Cyber Attackers' Favorite Exploits - And How To Stop Them
Quantifying the Benefits of a DevOps Strategy
More Webcasts
White Papers
[Forrester Research] The State of Data Security & Privacy
2020 SANS Cyber Threat Intelligence
More White Papers
Reports
DNS Network Traffic Volumes During the 2020 Pandemic
Cloud-Native Security Platforms: The Solution for the Digital Age
More Reports
Copyright © 2020 UBM Electronics, A UBM company, All rights reserved. Privacy Policy | Terms of Service