A MeriTalk survey of federal IT managers reveals that they believe the government can save more than $10 billion annually from additional consolidation and cloud adoption.

In the wake of a Government Accountability Office (GAO) assessment on consolidating federal data centers, a group of federal IT managers agrees that much more remains to be done. They believe that the $8.2 billion the GAO estimates the government will save from 2015 to 2019 can be increased by an additional $10 billion annually through further action.

That’s the conclusion of a report, Flash Forward -- The Future of the Federal Data Center, based on a survey of 150 federal IT managers by government IT information-gathering group Meritalk.

The survey was underwritten by Pure Storage, a seven-year-old maker of storage devices based on flash memory. MeriTalk bills itself as a public/private partnership and news publisher under the slogan, "improving the outcomes of government IT," and the report says, "no Pure or flash storage products are referred to in the report.”

The report’s introduction cited the "GAO finding that agencies need to pick up the pace on consolidation." One of the survey’s purposes was to determine whether federal IT managers felt such an acceleration is possible. 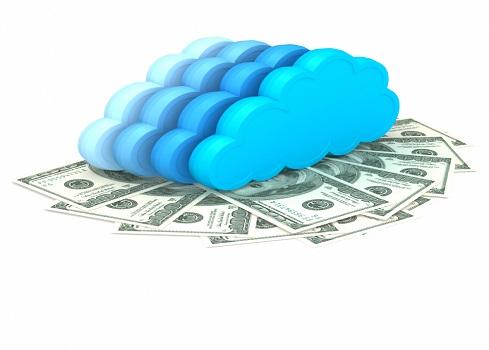 "Can we make it work?" questioned the introduction.

Federal data centers are being consolidated through a 2010 initiative of the Obama administration -- first voiced by former federal CIO Vivek Kundra -- that the cloud should replace the proliferation of agency data centers. The GAO outlined the goals of the "cloud-first" policy in the Federal Data Center Consolidation Initiative, the Office of Management and Budget weighed in with metrics to evaluate the process, and Congress passed the Federal Information Technology Acquisition Reform Act (FITARA) in December 2014.

Cloud By The Numbers

Of the 150 federal IT managers queried by MeriTalk, "just over one in 10 believe their agency's data centers are fully equipped to meet all of the demands placed on them," according to the report. Getting them to the desired state of performance is hindered by the ongoing expense of maintaining legacy systems, much as it is in private enterprise computing.

The respondents reported that they are spending 73 cents of each IT dollar on legacy systems.

Asked for a five-year outlook, the results were slightly more pessimistic.

Over the next five years, fewer than 5% of federal data centers will have the security, performance, or capacity they'll need by 2021, according to the report. In addition, 88% of respondents said they are currently in a poor position to reduce power consumption, and 82% said they would have difficulty shrinking their data center footprint, both among the metrics proposed by the GAO for measuring progress on "cloud-first."

An ideal federal data center by 2021 would be "mostly cloud," all virtualized, secure, fully redundant, and highly productive for the amount of electricity consumed, the report said. The report writers genuflect to their sponsor on this point by adding it will probably use "all flash storage."

When it comes to getting more performance out of federal data centers, the IT managers said the best way was to move more applications into the cloud (41%). Improving storage management would also help (36%), as would consolidating lightly used servers (36%).

Similar steps are needed to shrink the federal government's data center footprint. The top priorities there were virtualizing more servers (42%), consolidating physical data centers (41%), and moving applications into the cloud (38%).

When asked about potential obstacles, 50% of the federal IT managers said budgets, while legacy systems, network bandwidth, and security policies were each endorsed by 29%.

There was a potential divide between the Department of Defense and intelligence agencies and what the report dubbed "civilian agencies." Sixty-three percent of the military and defense agency managers listed "budget" as the biggest hurdle compared to 44% of civilian agency leaders. That ratio roughly reversed when it came to meeting cloud-first goals by 2021: 65% of civilian agencies said they expected to do so, versus just 45% of defense/intelligence agencies.

The budget for migrating workloads into the cloud is increasing only 2.3% this year, despite the many demands being placed on IT departments. The federal IT managers said they have 28% of their workloads and software services in the cloud today and 72% in-house. They'd like to drive those figures to 48% in the cloud and 52% in-house by 2021.

The MeriTalk report noted that it will be difficult to make that happen without more specific plans and funding to execute the move to the cloud.

"How do we double cloud without funding?" the authors asked at one point. "Agencies must confront the disconnect head on, armed with detailed return-on-investment assessments," it concluded.

If agency IT managers could address the efficiencies they see still waiting to be achieved and nearly double the workloads they run in the cloud, they estimate they could save $10 billion annually on top of the $8.2 million already credited to the data center consolidation effort through 2019.

"More than half (60%) of respondents say their agency would save at least 20% of their IT budget if they successfully address data center power consumption, capacity, footprint, speed, and security," Meritalk concluded in its media release.

There is difficult work ahead, and some agencies are more outspoken than others on what can be accomplished on current budgets. However, no one responded to the online survey by saying it couldn't be done.

Charles Babcock is an editor-at-large for InformationWeek and author of Management Strategies for the Cloud Revolution, a McGraw-Hill book. He is the former editor-in-chief of Digital News, former software editor of Computerworld and former technology editor of Interactive ... View Full Bio
We welcome your comments on this topic on our social media channels, or [contact us directly] with questions about the site.
Comment  |
Email This  |
Print  |
RSS
More Insights
Webcasts
Using MS Teams as Your Phone System - FREE Event 4/14
SASE: The Right Framework for Today's Distributed Enterprises
More Webcasts
White Papers
2020 SANS Enterprise Cloud Incident Response Survey
The Top 5 Mistakes Everyone is Making in Vulnerability Remediation
More White Papers
Reports
The State of CCPA 2021
The State of DevSecOps Report
More Reports