The ability to install third party Google Drive apps only requires a supported browser and access to the Internet. This has the potential to be a truly disruptive technology for desktop platform ecosystems like Microsoft Windows, Mac OS X, and Linux. However, problems with the basic function of actually saving data to Google Drive by third party apps need to be addressed before widespread adoption is possible.

Google Drive (formerly referred to as Google Docs) provides cloud storage and web-based applications. Up until recently, the handful of applications were all provided by Google and focused on the office functions of word processing (Document), slide deck presentations (Presentation) and spreadsheets (Spreadsheet). On Feb. 8, 2013 Google announced that third-party web applications could be installed and launched from the Google Drive Create button. The ability to access apps from a common Google-provided launch point and work with Google Drive's cloud storage, creates a unified platform that (Google hopes) has the potential to challenge Microsoft's long running dominance of the desktop application space. 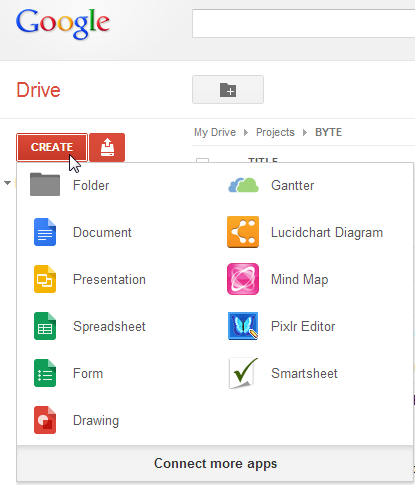 Selecting the "Connect more apps" option in the Create button menu lets you browse through these third-party apps for Google Drive. 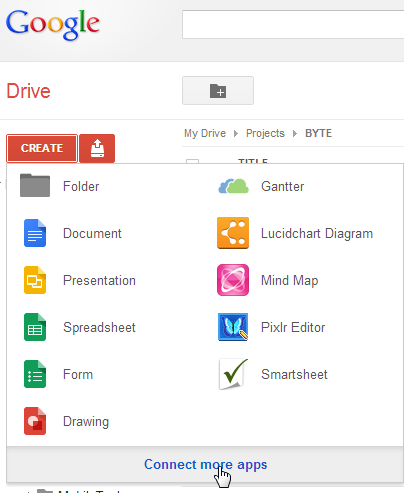 Currently, there are several dozen Google Drive apps in nine broad app categories: Business Tools, Education, Entertainment, Games, Lifestyle, News & Weather, Productivity, Social & Communication, and Utilities. A 10th category collects the apps developed by Google itself. Some of these apps are the ones that have long been associated with Google Drive. Others (Drawings and Forms) are optional apps. The experimental Fusion Tables data visualization tool is also available. 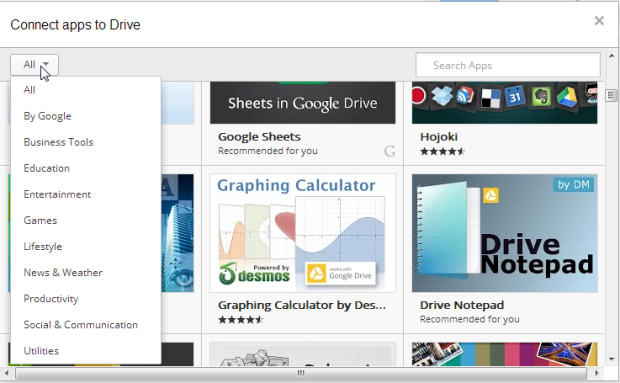 All of the third-party Google Drive apps are free to install. However, some have fees associated with continued usage or access to additional features. This is not obvious at all if you choose to install an app from the tiled app selection view. It may not be obvious even when reading the product overview page accessed by clicking on a tile. Previously installed apps are identified with a green diagonal band with a white checkmark symbol. 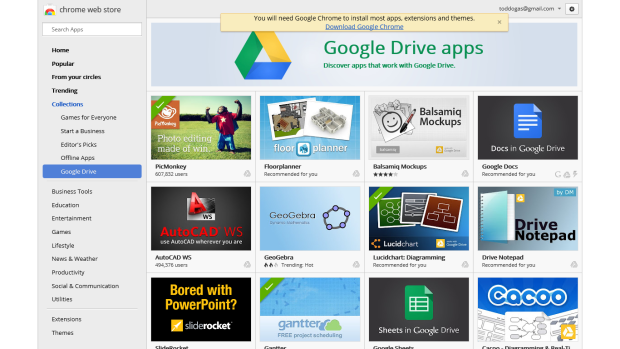