The biggest news from Amazon in 2011 won't be Cloud Drive or e-textbook rentals. It won't even be the hardware details on the Android-based tablet that's expected this fall.

It will be a technology most Kindle devices already use, sources say. That technology will bring all of Amazon's assets together to challenge Apple and Google.


Whispersync, Amazon's syncing service, works in tandem with Whispernet, a free cellular-based network. Piggybacking off Sprint, 3G Kindle users already connect to it for free. Up until this week, Amazon used Whispersync mainly for bookmarking Amazon e-books. It allows readers to pick up where they left off reading, even when switching between different Kindle devices and platforms. 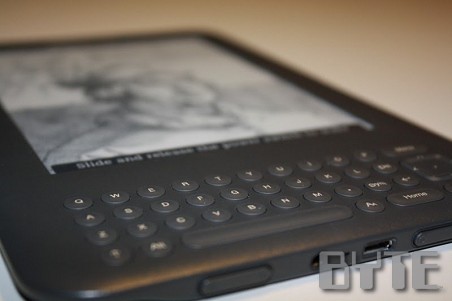 Sources at Amazon whispered to BYTE that Whispersync is the secret sauce in the company's tablet strategy. If Amazon's upcoming tablet is the company's worst kept secret, then Whispersync may be the key to the future that's been hiding in plain sight for the past few years.

A free-to-use syncing and sharing technology requiring no Wi-Fi or contracts and operating via cellular, WhisperSync is not just about bookmarks, it turns out. It is the large-scale distribution mechanism behind the syncing and uploading of textbooks in Amazon's new textbook rental service, announced Monday.

That rental service will make some 230,000 textbooks available to students on Kindles at discounts of up to 80%--for as long as 360 days. Amazon's Kindle VP Dave Limp noted something else new at the announcement:

"We're extending our Whispersync technology so that you get to keep and access all of your notes and highlighted content in the Amazon Cloud, available anytime, anywhere--even after a rental expires," said Limp. "If you choose to rent again or buy at a later time, your notes will be there just as you left them, perfectly Whispersynced."

Take note of that new verb, Whispersynced. You might be hearing it more often come fall.

The effort begins now with books, sources told BYTE, but it ends with music and video and perhaps even e-mail on an Amazon tablet that we could see in less than 90 days. Amazon has not confirmed the tablet's existence and has yet to confirm or deny it to BYTE.

"If I connect all the dots, where I think Amazon is headed is toward something like Apple's iCloud," he tells BYTE. He's also predicting the effort will include some new services from Amazon, like e-mail, as the company moves to help consumers manage not only the commercial content that it sells, but also personal content.

The tablet is rumored to ship in a nine-inch form factor. Whispersync essentially turns the future tablet--or a Kindle--into a WiFi-free cell device that uses Cloud Drive to share and sync huge volumes of rich media, including books, music, photos and video, sources told BYTE.

"It's an unusual feature that's appealing to a lot of people because they can just look at the gadget and say 'yep, I've got a signal' and then they can buy stuff," says Forrester's Gillett. "Furthermore, there's no monthly network charge… it's a simplicity thing."

Amazon is targeting a mid-October release for its Whispersync-enabled Android tablet, in time for the holiday season, sources told BYTE.