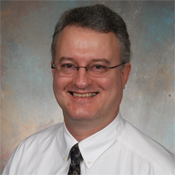 Enterprise use of social media to respond to employees, customers, and the world during a crisis is growing. This is pointed up by rising media exposure, such as the coming Ogilvy Exchange event, "The Expanding Use of Social Media in Disaster Preparedness and Response," which Ogilvy Public Relations will host next week in Washington.

Twitter and Facebook are two tools commonly used to communicate with customers and staff during continuity of operations, said CJ Wallington, a retired Army officer and former Army director at Advanced Technologies, now working in private industry. The advantage of Twitter for crisis notifications is that its messages are immediate and direct to the subscriber. Tweets via SMS are also more likely to get through in emergencies than communications via Facebook or even emails or phone calls. Here is why.

In a crisis affecting the cell phone infrastructure, something called priority of delivery comes into play. "The priority of delivery goes to text messages because they are small packet transactions," Wallington said. Because of this prioritization, text messages, whether through Twitter or another text-only messaging service, will process when emails and phone calls won't.

"In times of crisis you should send a text message as it is more likely to get through, but if you call you'll probably get a 'the system is unavailable' message because the circuits are overloaded," said Wallington. As I reported days after 9/11, text messages were about all that got through that day because the attacks triggered so many calls that cell phone service couldn't handle them all.

But Facebook has its advantages for business continuity and disaster recovery communications. People can find the latest message about an enterprise first in its friend activity or interest list without having to scroll through countless tweets to find it. Yet the expanse of Facebook, with all its photos and other content, makes it less effective for quick emergency notices, especially on mobile devices with limited screen real estate. People can simply click directly on their employer's Twitter account to see missed messages.

Maxim, a maker of analog and mixed-signal semiconductors, used Salesforce.com's Chatter enterprise social media tool to communicate after the March 2011 earthquake and tsunami in Japan, said Robert Lacis, director of sales operations at Maxim. "We have manufacturing all over the world," Lacis said. "Our only means of communication with the rest of the organization was through Chatter, to see if everyone was OK."

People were posting photos from Maxim sites in Japan in Chatter from their mobile phones, said Lacis. There was no reported damage to Maxim locations in Japan; Chatter communications were critical in confirming that, said Lacis. "BC is a big part of what we use Chatter for," he said.

"We experienced [the Japan] earthquake and people from across the organization were chiming in, providing support," Lacis said. "Everyone up to the CEO was active and watching conversations on Chatter. Someone [lower] in the organizational structure can see that and be part of the conversation."

Chatter is a viable alternative for communicating inside and outside organizations as it enables free, easy setup for anyone with an email address and a Web browser. It's available free or with added customization and CRM features for $15 per user, per month.