Where Cloud Spending Might Grow in 2021 and Post-Pandemic - InformationWeek

A study by Gartner points to organizations continuing and evolving IT plans that ramped up fast to move to the cloud in response to COVID-19.

Lessons learned from migrating to the public cloud to cope with remote operations may fuel ongoing IT strategy, according to a study by Gartner. The firm predicts 2021 will see an 18.4% growth in public cloud end-user spending, which is projected to reach $304.9 billion worldwide. That is up from $257.5 billion in spending in 2020.

Cloud spending growth is happening in multiples of overall IT services spending rates, says Sid Nag, research vice president with Gartner. “That’s going to continue.” The projections are part of an overall forecast from Gartner on public cloud services through 2024.

Nag says while there was a bit of a dip in general IT services spending because of the pandemic, cloud growth continued despite that trend. “One debate that was retired, as an outcome of the pandemic, is whether the public cloud is an operational model for organizations,” he says. This change in perspective was driven by the fact that the pandemic forced personnel to manage datacenters without physically entering buildings, Nag says. 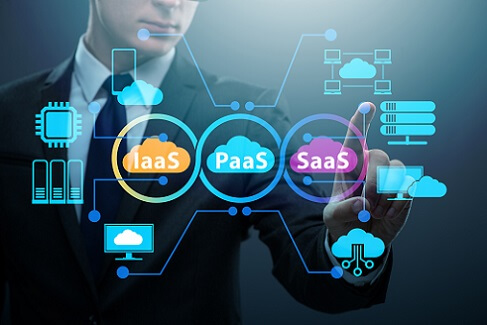 Application infrastructure services is expected to see the greatest spending margin increase in 2021, according to Gartner’s research, projected to reach 26.6%. Software as a service should remain the largest part of the cloud market with $117.7 billion in projected spending.

In many ways, IT has crossed a point of no return with the cloud. “A lot of workloads that were perceived to be not eligible for moving to the cloud, due to things like security, governance, and their mission critical nature, were compelled to move to the public cloud,” Nag says. Now that organizations have seen positive results from migrating to the cloud and cloud providers responded to their needs, he says those workloads are not going back to pre-pandemic operational models.

The growth of public cloud is driven in part by the effort that went into repurposing the workforce to operate from remote locations, included bolstering security and setting up additional capacity to support remote collaboration, Nag says. The eventual rebound from the pandemic may see new services rise around cloud, he says, to accommodate a changed operational landscape. “A large part of the remote workforce is not going to return to the brick-and-mortar office environment, even if there is a vaccine and life returns to normal, whatever that means,” Nag says.

That is not say concerns about governance models, adherence to mandates and regulatory policy and data privacy are not valid, but Nag believes public cloud has risen to the occasion to accommodate those demands. “At the end of the day, intelligence agencies run their operations in the cloud,” he says. “What could be more secure than that?”

Though cloud has shown its resilience, Nag says there can be cultural pushback within organizations that may stem from a fear of moving “crown jewel applications” to the cloud. IT teams might feel the need to maintain such core applications under their direct, local control in case issues arise. There may also be a sense of ownership, he says, where IT services get treated like personal turf or a fiefdom by IT workers.

Nag expects growth of platform as a service to continue to surge as the blurring of the lines continues among cloud services with organizations often bundling offerings. “Many of the workloads that are being moved into the cloud are being rewritten in cloud-native mode,” he says, rather than lifting and shifting as was done in the past. Now companies are using technologies such as containerization, Nag says, and using more capabilities around AI and machine learning as part of a DevOps, continuous integration/continuous delivery pipeline. This could make developers lives simpler and easier, he says.

Even with vaccines and other measures that might be deployed to address the pandemic, Nag says growth of public cloud should continue to escalate and transform IT. “Trying to run things on-premises is a thing of the past,” he says. “The idea of building capital expenditure-heavy datacenters by organizations is going to be a thing of the past.”

Nag says the impact of COVID-19 put greater focus within organizations to preserve cash and optimize IT costs, support remote workers, and ensure resiliency -- but changes may come after the pandemic. He says some organizations are already easing up on their cash preservation tactics. Once confidence in operating remotely through the cloud was established, Nag says uncertainty and doubt vaporized. At least one lesson is expected to remain with organizations going forward. “Business continuity has always been a worry but is now more pronounced,” he says. “I think business continuity is going to be more of a mandatory thing. People are going to pay more attention to that part and that is going to be the new normal.”

Gartner Forecast Sees 7.3% Shrinkage in IT Spending for 2020

IT Spending Forecast: Unfortunately, It's Going to Hurt

Joao-Pierre S. Ruth has spent his career immersed in business and technology journalism first covering local industries in New Jersey, later as the New York editor for Xconomy delving into the city's tech startup community, and then as a freelancer for such outlets as ... View Full Bio
We welcome your comments on this topic on our social media channels, or [contact us directly] with questions about the site.
Comment  |
Email This  |
Print  |
RSS
More Insights
Webcasts
The Pesky Password Problem: Policies That Help You Gain the Upper Hand on the Bad Guys
Succeeding With Secure Access Service Edge (SASE)
More Webcasts
White Papers
5 Key Steps for Assessing Your Security Effectiveness
Securing Our Life on the Edge
More White Papers
Reports
The ROI Of SD-WAN: Not Just A Numbers Game
2020 State of DevOps Report
More Reports