Was that a swipe at Amazon? Wal-Mart thinks other cloud users should avoid cloud lock-in, just the way it does.

They've started wearing programmer's T-shirts in place of retailer's button-down collars in Bentonville, Ark. Wal-Mart took on more of a hip programmer look this week as it boasted of its DevOps operations and announced it was open-sourcing its OneOps multi-cloud platform.

Something needed to be done. Its stock fell 10% this week after CFO Charles Holley blamed rising wages and training costs for holding down Wal-Mart's growth. When the company announced financial results on Oct. 14, it said net sales would be flat during the current year, but grow 3% to 4% during the next three years.

What to do? If you've produced multi-cloud software for your own use, why not slow down that overarching cloud rival by letting others use your multi-cloud software? Wal-Mart may be late in coming to the open source-sharing movement, but it's not blind to the ways that movement might undercut a rival's possibilities.

By the end of the year WalmartLabs will have uploaded the OneOps source code to Github, said Jeremy King, CTO of Wal-Mart global e-commerce, and Tim Kimmet, vice president of platform and systems for WalmartLabs, in a blog post Thursday Oct. 15. 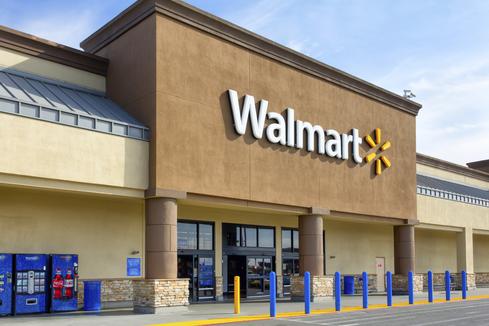 "OneOps is powerful cloud technology we built ourselves that has transformed the way our engineers develop and launch new products to our customers. They deliver this with more speed and at a lower cost because OneOps helps them avoid the pitfalls of being 'locked-in' to a cloud provider," King and Kimmet wrote.

Furthermore, OneOps helps 3,000 Wal-Mart developers thrive in WalmartLabs' "'DevOps' culture -- whatever code developers write, they own, from development to its launch to customers."

By thrive, King and Kimmet mean developers work fast and deliver changes to their code frequently. Software engineers using OneOps commit 30,000 changes per month in the process of adding or improving features to Wal-Mart's online e-commerce and other systems.

A Challenge for AWS?

Perhaps a little boasting is in order, but it's hard to see how OneOps is going to impact Amazon Web Services cloud operation, even if a few customers AWS find they can use something called OneOps to migrate to another cloud.

At a moment when it commanded the stage, Wal-Mart released few details about the way it created its multi-cloud system or what that system can do. Does it use containers or connectors? Does it translate virtual machines between VMware, Hyper-V, and KVM for different cloud environments?

If there was a lack of technical reference and detail, there was no lack of claims: OneOps "enables developers to seamlessly move applications, databases or entire cloud environments from one cloud provider to another. They're able to 'cloud shop' and take advantage of better technology or lower costs."

In addition to cloud-to-cloud movement, OneOps is also an internal environment for DevOps types of operations. It provides continuous life cycle management, monitoring an application once launched, scaling it, and repairing or restoring it "when unforeseen changes occur."

That's another way of saying, "when human errors introduce changes that were not intended."

OneOps can "model" specific cloud environments and apply the configuration details needed as developers seek to deploy their code to the cloud. OneOps has abstracted out the specifics of cloud environments in order to "put control back into the hands of developers, instead of cloud providers, who often dictate the proprietary APIs, architecture, tools and technologies developers have to use."

A reference to proprietary APIs most often means Amazon.

It's one of the features of EC2 that's most frequently criticized as more and more companies come to depend on them. But that's the problem for an open source OneOps. It has to somehow convince companies already in the cloud or about to go to the cloud to adopt a new internal DevOps style environment that will leave them free to go where they chose. Enough have already chosen Amazon that OneOps faces an uphill battle.

Charles Babcock is an editor-at-large for InformationWeek and author of Management Strategies for the Cloud Revolution, a McGraw-Hill book. He is the former editor-in-chief of Digital News, former software editor of Computerworld and former technology editor of Interactive ... View Full Bio
We welcome your comments on this topic on our social media channels, or [contact us directly] with questions about the site.
Comment  |
Email This  |
Print  |
RSS
More Insights
Webcasts
How the Rapid Shift to Remote Work Impacted IT Complexity and Post-Pandemic Security Priorities
Advancing the Hybrid Cloud & App Modernization Journey with IBM
More Webcasts
White Papers
2020 SANS Enterprise Cloud Incident Response Survey
The Top 5 Mistakes Everyone is Making in Vulnerability Remediation
More White Papers
Reports
Immuta Data Engineering Survey: 2021 Impact Report
Are Unprotected Cloud Databases Leaking Your Data?
More Reports