HP is acquiring Eucalyptus Systems, the supplier of open-source software that is compatible with the Amazon Web Services cloud. HP will name Marten Mickos, Eucalyptus CEO, as its new senior VP and general manager of the HP Cloud. He will report directly to HP CEO and chair Meg Whitman.

Mickos will take over the helm from Martin Fink, who will remain as CTO of the HP Helion Cloud unit and head of HP Labs. The deal will be completed for an undisclosed amount sometime in the fourth quarter. Speculation by Gartner's Lydia Leong and other observers was that HP acquired the company for about $100 million -- about twice the amount that's been invested in it by venture capital firms.

Mickos has done this drill once before. He was CEO of MySQL AB, a Swedish company, when it was acquired for $1 billion by Sun Microsystems in 2008. In an interview about the HP acquisition, Mickos recalled that transition and how he had looked forward to helping Sun stage a turnaround. "But the Sun board of directors wasn't ready for a turnaround" and didn't change its thinking in time, he recalled.

HP will be different, he predicted. "The board is ready and has a CEO in Meg Whitman who is driving very hard and helping a great, great company complete a turnaround. I'm genuinely excited about this," he said in an interview Sept. 12. HP announced the pending deal on Sept. 11.

"Martin Fink has done a stellar job of building out a cloud framework," he added.

The move initially raises the question of what HP, as an OpenStack-based service provider, can do with more open-source cloud software, particularly software that supports use of Amazon services. HP's Helion Cloud Portfolio uses OpenStack for both private and public cloud services; HP developers participate in various parts of the OpenStack project.

Eucalyptus, before becoming a company, was an open-source project founded by faculty and students of the University of California at Santa Barbara to duplicate the function of Amazon's APIs. Amazon eventually formed a partnership with Eucalyptus that assured its customers that the two firms' APIs would remain in sync. Will that partnership remain intact once Eucalyptus is inside HP? 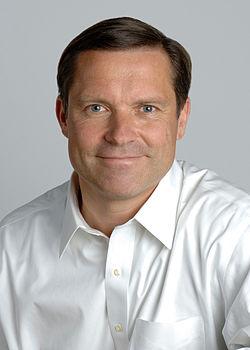 With the deal still unconsummated, Mickos said it was too soon to say how HP and Eucalyptus will manage their respective product lines. He disagreed that OpenStack had designed its APIs to be similar enough in function with Amazon's to ease the task of making them eventually interoperable. "OpenStack APIs had similar thinking behind them [to Amazon's] but the implementation was quite different," he said.

But he added that Eucalyptus went back to the drawing board 18 months ago to re-engineer its cloud software in a more modular pattern. It broke up its most monolithic parts into more separate services, and that modularization is what has enabled Eucalyptus to announce support for the Riak NoSQL system, CEPH multi-format storage, and Mibonet software-defined networking in recent months. It should be possible to get Eucalyptus cloud systems to work with the other products in the HP portfolio that it chooses, he said.

It's also possible that HP wants its public Helion cloud services to work with private clouds built out on Amazon's pattern using Eucalyptus.

Another hidden asset in the Eucalyptus software is its ability to work with different hypervisors. In 2009, it announced it would provide support for workloads based on VMware's ESX Server. Eucalyptus cloud software also supports KVM workloads. Open-source KVM, owned by Red Hat, is the default hypervisor in OpenStack. The ability to move such workloads around may be one of the software nuggets that HP has its eye on.

And don't underestimate HP's desire to bring a tested, high-profile spokesman for the cloud into its fold as it completes its turnaround. Mickos has never been shy of the limelight. Given a weak hand with Eucalyptus, he nevertheless effectively played off other offerings in the market. At the GigaOm Structure conference in June, he advised the audience that anyone with too much money should invest in VMware's public cloud, and anyone with too much time, OpenStack versions of cloud, known for their long periods of assembly.

Technology Business Research analyst Cassandra Mooshian wrote that she expected Eucalyptus to be the first of several open-source company acquisitions as HP recovers from its revenue downturn and builds out its cloud computing capabilities. "We expect HP to adopt a 'string of pearls' acquisition strategy over the next two years to address interoperability and open source cloud computing," she wrote Sept. 12. "TBR expects the hybrid integration market opportunity for 2014 will reach $7 billion, while we expect the private cloud market size to reach $41 billion in 2014 and $69 billion by 2018."

Whitman, for one, is turning to Mickos to capitalize on that opportunity. "Marten will enhance HP's outstanding bench of cloud executives and expand HP Helion capabilities, giving customers more choice," predicted Whitman in the acquisition announcement. "I'm confident that Marten... will continue to build out the HP Helion portfolio into the enterprise cloud offering of choice," Fink said in the release.

Charles Babcock is an editor-at-large for InformationWeek and author of Management Strategies for the Cloud Revolution, a McGraw-Hill book. He is the former editor-in-chief of Digital News, former software editor of Computerworld and former technology editor of Interactive ... View Full Bio
We welcome your comments on this topic on our social media channels, or [contact us directly] with questions about the site.
Comment  |
Email This  |
Print  |
RSS
More Insights
Webcasts
The Failures of Static DLP and How to Protect Against Tomorrow's Email Breaches
Building the SOC of the Future: Next-Generation Security Operations
More Webcasts
White Papers
Eliminate East-West Traffic Hair-Pinning
IDC Workbook: Best Practices for Cloud Security
More White Papers
Reports
Assessing Cybersecurity Risk in Todays Enterprises
The Drive for Shift-Left Performance Testing
More Reports

Personally I think that gives HP immeasurable open source credibility. It makes a lot of strategic sense in fending off other cloud service providers such as IBM and AWS. It is good for HP as CEO Marten Mickos of Eucalyptus will be head of HP's cloud services and will be answerable to Meg Whitman, HP chief.
Reply  |  Post Message  |  Messages List  |  Start a Board

GoFarley, you make a series of strong points and I think you are mostly on the money. I agree that HP can make hay by integrating current enterprise operations wtih the cloud and it is potentially good at that. You leave out one point: few parties are more trusted to perform the integration task than HP. I think it's wise to take a largely open source code route and you sort of assume it will need to integrate a lot of open source developers into that process through acquisitions. Yes, but don't rule out HP developing expertise in the open source, and contributing to projects of interest without acquisition. If it can offer its integration skills as expertise on top of that of the enterprise developer and IT staff, that may be enough. Also correct, Amazon, Microsoft and Google are not particularly good at it. In addition, Mickos is skilled at building strength, even when starting out with a weak hand.
Reply  |  Post Message  |  Messages List  |  Start a Board

HP clearly has to do something to be relevant to cloud customers. Between virtualized servers, hyper-convered platforms (think Nutanix and Simplivity) and big online companies building their own platforms, HP's high margin infrastructure business is getting squeezed out of the fastest growing enterprise markets. They failed at mobile, so they have to make a big bet on cloud.  Give them credit for doing what they can, but it's going to be extremely difficult. Amazon does whatever it can to buy market share.  Microsoft can still print money to fund Azure and Google's advertising revenue can fund cloud development forever.  HP is starting with a huge economic disadvantage where cloud investements are concerned.

How does HP, coming late to the game compete with that?  By integrating its cloud offerings better than the Amazon, Microsoft and Google and by making it easy for customers to understand what to do, how to do it and what it will cost. None of the big three in cloud are particularly good at that and seem to have cultures that prevent them from getting there. That's HP's best path to success.

The problem is that HP is going to have to do this through acquisition and that is going to be expensive. As they acquire companies and the talent inside them, they are going to have to make it all work together, which is always far more difficult than it initially appears. It's hard enough getting employees working under a single roof to integrate technology, but HP appears to be thinking about herding cats from open source software - a messy entangled process that has very little chance at succeeding.  There is a chance, but it is going to cost a lot and will probably depend on serious mistakes being made by Amazon, Microsoft and Google.
Reply  |  Post Message  |  Messages List  |  Start a Board
Editors' Choice
Hot Topics