Rackspace has bundled its Rackspace Email service with a set of Microsoft applications to offer an alternative to on-premises applications. Microsoft Exchange, Lync instant messaging, and SharePoint collaborative content system can be subscribed to separately or together in Cloud Office at Rackspace.

Instead of logging into each app, end users will be able to log in once through a Web user interface that gives them access to all of them.

Rackspace is also willing to customize an application for any given customer and run it on a single-tenant server. The closest analogy to Cloud Office might be Microsoft's online application in Office 365.

Rackspace has 50,000 customers, many of them small and midsized businesses (SMBs). Its "fanatical support" mantra is tailored to supplement small and hard-pressed IT staffs. It also has some larger customers who have the staff to produce a customized application based on, say, Microsoft SharePoint. They sometimes turn the application over to Rackspace servers to run as a managed service.

"These applications are consumed across every industry in a consistent manner. It's critical that they work well all the time," noted Bret Piatt, general manager of Cloud Office, a new position. (He was formerly senior director of corporate strategy and development.)

Piatt's selling point to SMBs is that he has "a huge team of developers and engineers doing nothing but thinking about how to keep them "functioning at full capacity." "If you're a small business, you have one developer who thinks about that, along with 12 other things," he said in an interview. 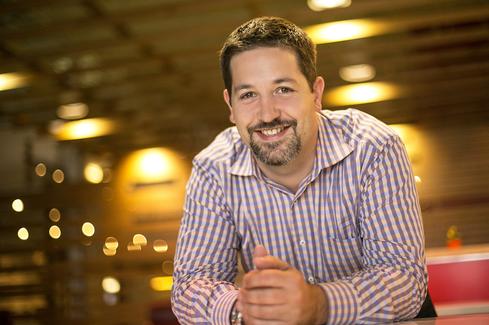 Regardless of whether the application is delivered to an SMB as software-as-a-service or to a large business as a customized service out of a Rackspace data center, Piatt is trying to get the customer "to think of us as someone who is an extension of his IT staff, focused on that problem." Rackspace offers a "100% uptime guarantee" for its hosted Microsoft Exchange.

Rackspace has been in the business of delivering Rackspace Email and Microsoft applications since 2007, when it acquired Webmail.us. It now has 4 million email mailboxes and 1 million SharePoint users among its 50,000 customers. It launched a SharePoint service in 2008 and acquired SharePoint911, a SharePoint training and consulting firm, in 2012 to increase Rackspace's hosting capabilities. Four hundred of Rackspace's 5,798 employees are devoted to supplying hosted applications services.

Rackspace can offer application services in a variety of guises. Email, for example, can come as the minimal Rackspace Email at $2 a month per user, or as a subscription for $12 a month per user in its Microsoft Exchange Enterprise Archive edition. Rackspace also started offering Microsoft Lync instant messaging this year.

Piatt said customers used to approach it about one application or the other. "Now folks are consuming cloud services across all of those," he said. The Cloud Office at Rackspace bundle will cost less than purchasing each product separately, depending on the details of the deal. One savings: bundle customers will only need one synchronization server, no matter how many app services they purchase.

It also offers a user or server backup service at $4 and $5 a month, respectively, based on its acquisition of JungleDisk in 2008.

Renewed emphasis on and new packaging for applications is part of Rackspace's turn away from competing for the commodity infrastructure-as-a-service market and a return to its managed-hosting roots, along with modified public cloud services that it calls "managed cloud." Last May, it engaged Morgan Stanley and the law firm of Wilson Sonsini Goodrich & Rosati to explore possible partnerships or the option of being acquired. It dismissed those possibilities Sept. 16 and said it would continue with its existing businesses under president and CEO Taylor Rhodes, appointed in January.

Charles Babcock is an editor-at-large for InformationWeek and author of Management Strategies for the Cloud Revolution, a McGraw-Hill book. He is the former editor-in-chief of Digital News, former software editor of Computerworld and former technology editor of Interactive ... View Full Bio
We welcome your comments on this topic on our social media channels, or [contact us directly] with questions about the site.
Comment  |
Email This  |
Print  |
RSS
More Insights
Webcasts
Data Protection Strategies and Secrets - 12/10 @ 11am EST
Succeeding With Secure Access Service Edge (SASE)
More Webcasts
White Papers
5 Key Steps for Assessing Your Security Effectiveness
A Step-by-Step Guide to Shifting Left and Embracing a True DevSecOps Mentality
More White Papers
Reports
2020 State of Cybersecurity Operations and Incident Response
2020 State of DevOps Report
More Reports

This Rackspace move may signal the willingness of many more companies than before to get their desktop applications as software as a service. Google Apps helped popularize the notion. Will the more complex Microsoft applications, the main ingredient of Cloud Office at Rackspace, be the ones to clean up? That would be Lync, SharePoint, Exchange.
Reply  |  Post Message  |  Messages List  |  Start a Board
Editors' Choice
Hot Topics