IT Spending Reports Show A Tech Market In Transition - InformationWeek

0%
Tweet
Gartner is predicting that worldwide spending on information technology will decline 5.5%, while Forrester has revised its US tech market projections down slightly.

The strong US dollar is weakening global spending on information technology (IT), according research firm Gartner. Worldwide IT spending will reach $3.5 trillion this year, representing a 5.5% decline from 2014, Gartner said.

In April, things looked rosier: Gartner projected only a 1.3% spending decline three months ago. On a constant currency basis, Gartner's prediction translates to projected market growth of 2.5%, compared to 3.1% growth predicted in April.

A separate report on US business technology (BT) and IT spending, "Technology, Systems, and Processes to Win, Serve, and Retain Customers," issued on Monday by research firm Forrester offers a more upbeat assessment. It projects that the US tech market will grow by 5% in 2015 and 6.4% in 2016, and that BT spending growth (9.5%) will outpace IT spending growth (4.1%).

Forrester contends the US shift toward BT spending will require CIOs to work more closely with business partners, and to pay more attention to managing SaaS costs, while focusing less on traditional IT systems.

John-David Lovelock, research VP at Gartner, emphasized that its projects do not indicate a market crash. "Such are the illusions that large swings in the value of the US dollar versus other currencies can create," he said in a statement.

Yet diminished expectations are not entirely illusory. Lovelock noted that current fluctuations may force vendors to increase prices to maintain product margins.

The outlook for various IT segments differs. For devices, Gartner expects continued growth for Apple's iPhone, particularly in China, but anticipates that the smartphone unit growth overall will flatten and that the market for PCs and tablets will continue to weaken. The firm suggests PC price increases will delay purchases more than expected. It also sees the need to clear previous PC inventory as a possible source of delay for Windows 10 inventory during the second half of the year. Overall, the firm projects device market spending of $654 billion this year, a 5.7% decline from $693 billion last year. 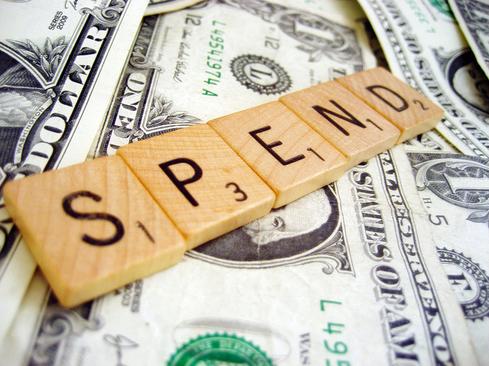 The largest decline, 7.2%, is expected in the communications services segment, which Gartner estimates will reach almost $1.5 trillion in 2015. Other segments are expected to show declines compared to last year as follows: data center systems, down 3.8%; enterprise software, down 1.2%; and IT services, down 4.3%.

In the US, spending on technology management, software, and outsourcing will lead business tech market growth, according to the Forrester report. According to Forrester, the distribution by category of US business and government spending on tech products and services and CIO staff in 2015 breaks down like so (percentages do not total 100 due to rounding):

"While we slightly overestimated the pace of BT spending growth in our last forecast, it still will rise by 10.3% in 2015 and 9.5% in 2016," Forrester said in its report. "The 2015 growth rate for BT will be four times faster than the 2015 growth in the IT portion of the tech budget. Why? More than half of new project spending in 2015 will target technologies for the BT agenda. New project spending on the IT portfolio will grow at half that pace in 2015, by a still respectable 4.5%, principally for improvements in financial management, human resource management, purchasing, risk management, and core transactional system improvements."

Thomas Claburn has been writing about business and technology since 1996, for publications such as New Architect, PC Computing, InformationWeek, Salon, Wired, and Ziff Davis Smart Business. Before that, he worked in film and television, having earned a not particularly useful ... View Full Bio
We welcome your comments on this topic on our social media channels, or [contact us directly] with questions about the site.
Comment  |
Email This  |
Print  |
RSS
More Insights
Webcasts
Business Continuity with Contact Tracing
Profile of an Online Attack
More Webcasts
White Papers
Winning at Cyberrisk Management
Human Layer Security for Dummies
More White Papers
Reports
Special Report: Edge Computing: An IT Platform for the New Enterprise
Meetup Vulnerabilities: Escalation of Privilege and Redirection of Funds
More Reports

Out of the IT expenses the highest portion is on staff cost. In my view IT has the highest staff cost compared to other fields.
Reply  |  Post Message  |  Messages List  |  Start a Board

Do you think Tech outsourcing can help in reducing IT cost?  Areas such as development can be outsources easily.
Reply  |  Post Message  |  Messages List  |  Start a Board

Outsourcing is the #1 reason for all the security breaches of late. Pay somebody who knows WTF they're doing and who has skin in the game.
Reply  |  Post Message  |  Messages List  |  Start a Board
Editors' Choice
Hot Topics