IBM continued to enhance its cloud offerings with the purchase of Austin, Texas-based Gravitant, a cloud brokerage firm. Big Blue made the announcement on Tuesday, Nov. 3.

Gravitant's main product is its cloudMatrix cloud brokerage software, which allows an IT manager to compare, buy, and manage cloud-based applications to suit current IT needs.

IBM saw a need for some type of cloud brokerage service and was in a "buy it versus build it" situation when it spotted Gravitant earlier this year, explained Richard Patterson, IBM's general manager for Global Technology Services/Infrastructure Services.

"Looking at the speed that the cloud market is moving, and we felt the time-to-market was critical for this decision," Patterson said.  He did not disclose how long it took IBM to make its decision, or how long it took for IBM to test Gravitant's brokerage platform. Cloud brokerage is a much-discussed concept, but there are few platforms out there that carry out this mission, he said. 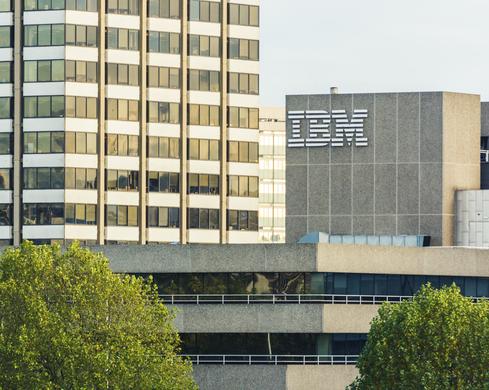 The price paid to acquire privately held Gravitant was not disclosed by IBM. In addition to its Austin headquarters, Gravitant has offices in Bangalore and Pune, India.

The Gravitant acquisition came out of the blue, quickly following IBM's purchase of The Weather Company's digital assets for a reported $2 billion.

[Read why IBM made a deal for The Weather Company.]

IBM is in the middle of executing complex turnaround strategy.

Big Blue wants to get into newer technologies, like cognitive computing, the Internet of Things, and cloud computing, which promise increasing sales. But it is doing so while suffering declining revenues in legacy businesses like services, software, and hardware. And all this is taking place against a background of 14 straight quarters of declining sales.

I agree. The cloud is nowhere near to being so commoditized that offerings can be sold on an apples-to-apples basis. It's still largely uncharted territory, with every new day bringing new changes and opportunities.
Reply  |  Post Message  |  Messages List  |  Start a Board

Gravitant and its cloudMatrix may be where the market is headed, but right now I'm not sure there's a lot of finely tuned, this cloud's application versus that cloud's app, going on. The choice still tends to lie at the vendor level, then picking and choosing from that vendor's wares. But someday, the cloudMatrix type of capability may be everyone's cup of tea.
Reply  |  Post Message  |  Messages List  |  Start a Board
Editors' Choice
Hot Topics