Google offers startups $100,000 in Google Cloud Platform credit for one year in effort to gain edge over Amazon Web Services.

In its effort to catch up with Amazon Web Services, Google is making Internet startups an offer they won't want to refuse -- $100,000 in Google Cloud Platform credit for one year, along with 24/7 support.

Internet startups have tended to favor Amazon Web Services, which offers a broader set of services and has a longer track record of providing infrastructure-as-a-service than Google. Several companies, such as Engine Yard, Heroku, and Pivotal's Cloud Foundry, offer platform-as-a-service using AWS IaaS. But Google has attracted enough high-profile online companies to its cloud platform, including Getaround, Snapchat, and Udacity, to represent a credible threat to AWS.

Google has accelerated its effort to catch up since it launched Google Compute Engine as an invitation-only offering in 2012 and opened it to the public the following year. Beyond ongoing product enhancements, such as Google Cloud Datastore, PHP support in App Engine, and click-to-deploy for the MEAN development stack, Google has dropped prices substantially (as Microsoft has done with Azure) in an effort to attract more customers, and Amazon has responded.

Though Amazon does not disclose AWS revenue, the financial analysis firm Pacific Crest estimated this year that Amazon's cloud business will be almost $5 billion this year, up from an estimated $3.1 billion in 2013. That prediction might be on the high side, given that Amazon CFO Tom Szkutak acknowledged in July that the company's "North American, Other" revenue (which includes AWS) had been lower than expected due to price cuts ranging from 28% to 51% -- the price war with Google is taking its toll. Google's Cloud Platform revenue was estimated to be almost $1 billion last year by the analysis firm Technology Business Research, which projects $1.6 billion in revenue this year. 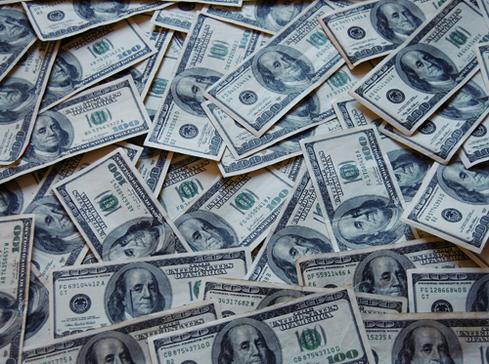 Google's launch of Google Cloud Platform for Startups at the Google for Entrepreneurs Global Partner Summit on Friday adds fuel to the fire.

The program isn't a blank check: Startups must be "eligible," which is another way of saying backed by specific incubators, accelerators, and investors. "We are currently working with over 50 global partners to provide this offer to startups who have less than $5 million dollars in funding and have less than $500,000 in annual revenue," Julie Pearl, director of developer relations at Google, said in a blog post. "In addition, we will continue to add more partners over time."

Code for America, Google Ventures, and YCombinator are a few of the firms and organizations participating in the program.

Thomas Claburn has been writing about business and technology since 1996, for publications such as New Architect, PC Computing, InformationWeek, Salon, Wired, and Ziff Davis Smart Business. Before that, he worked in film and television, having earned a not particularly useful ... View Full Bio
We welcome your comments on this topic on our social media channels, or [contact us directly] with questions about the site.
Comment  |
Email This  |
Print  |
RSS
More Insights
Webcasts
Protecting Your Enterprise's Intellectual Property
ROI and Beyond for the Cloud
More Webcasts
White Papers
Two-Factor Evaluation Guide
Presenting Your Cloud Security Strategy to the Board
More White Papers
Reports
2021 Top Enterprise IT Trends
Annual Global State of the WAN
More Reports

Google has a reputation for giving away product and assuming data ownership in ways others have not. Hosting entire business solutions on a platform they developed for hosting and managing their massive internet indexing, still carries some hesitation. Amazon and Azure seem to be pure service offierings and have yet to break that trust. If Google offers the services free for a year, what rights do you give up for the data you host? I wish I did not even need to ask this of a hosting provider, but Google and free make me need to see the fine print.
Reply  |  Post Message  |  Messages List  |  Start a Board

Google have made their intentions clear. They are eagerto take Amazon Web Services' market share. AWS is by far the cloud service provider of choice for most startups. With Google's offer however, most of these companies are likely to opt for Google's servers.When they are on Google's Cloud Platform, chances are that they will stay there and start footing their bills.
Reply  |  Post Message  |  Messages List  |  Start a Board

This is a good idea for Google – seems like a great marketing opportunity.

I would think that the $100,000 cloud credit would only come into play when some product or service hits a high level of popularity. That's exactly what I would think Google would want out of this – good cloud publicity.
Reply  |  Post Message  |  Messages List  |  Start a Board

Google as an admired company in the Silicon Valley is frequently the cloud provider for startups here. It's the rule rather than the exception that startups use a cloud provider rather than build a data center. Google's $$ offer will  make it even more appealing to startups -- here and elsewhere. If it captures the next Twitter or Facebook, mission accomplished.
Reply  |  Post Message  |  Messages List  |  Start a Board
Editors' Choice
Hot Topics

10 IT Trends to Watch for in 2021 Cynthia Harvey, Freelance Journalist, InformationWeek,  12/22/2020
White Papers
The Insecure State of Microsoft Teams Security
Presenting Your Cloud Security Strategy to the Board
The State of Threat Detection and Response
The Insider's Guide to IP Geolocation Data During COVID-19
Transforming the Corporate WAN: Enterprise Network Insights