Google acquired two startup companies on Wednesday to augment its messaging technology and its video advertising business. The prices paid were not disclosed.

The first acquisition is Emu. Founded by Gummi Hafsteinsson, a veteran of Apple and Google, and Dave Feldman, who worked for Microsoft and Yahoo, Emu makes a messaging app of the same name that relies on machine learning technology to improve the user experience.

Emu for iPhone analyzes chat messages and adds contextually relevant information, like maps, restaurant reviews, and calendar entries. It allows users to answer a question like, "Where are you?" with a map rather than a text reply. Launched in April, Emu for iPhone will be turned off on Aug. 25 as Google absorbs the startup's talent.

"We know it's an inconvenience, and we regret that," Emu said on its website.

Emu is similar in some respects to Google Now. Both represent software agents of a sort that help organize and present information. Emu's technology can be expected to help Google improve the mobile user experience for its software and services.

The second acquisition is Directr, a two-year-old company that makes menu-driven video creation apps for consumers and small businesses, called Directr and Directr for Business, respectively. The apps try to simplify the process of video production by providing templates for video creation. Both apps are free and rely on in-app purchases to generate revenue.

According to a post on Directr's website, the apps will continue to be available, but without the in-app fees, which could be up to $500 for the premium offering. 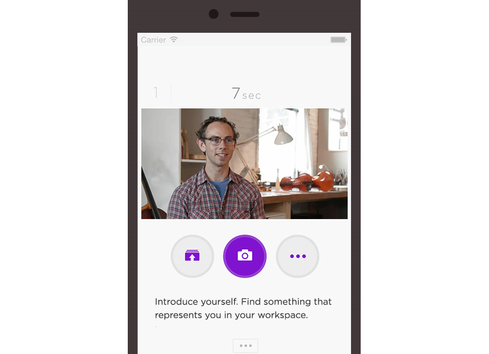 "For now, everything you love about Directr is staying the same and we'll continue to focus on helping businesses create great video quickly and easily," the post said. "One immediate bonus: Directr will soon be all free, all the time."

This may silence some of the critics who complained in App Store reviews about the company's pricing model. The wide availability of free apps -- a practice championed by Google -- has trained many users of software to expect to pay nothing.

Directr said its employees will become part of Google's video ads team. The company was founded by Max Goldman and Eli Schleifer.

Thomas Claburn has been writing about business and technology since 1996, for publications such as New Architect, PC Computing, InformationWeek, Salon, Wired, and Ziff Davis Smart Business. Before that, he worked in film and television, having earned a not particularly useful ... View Full Bio
We welcome your comments on this topic on our social media channels, or [contact us directly] with questions about the site.
Comment  |
Email This  |
Print  |
RSS
More Insights
Webcasts
The Failures of Static DLP and How to Protect Against Tomorrow's Email Breaches
How Elite Analyst Teams are Transforming Security with Cyber Reconnaissance
More Webcasts
White Papers
The Insecure State of Microsoft Teams Security
Cloud Connectivity -- Your Guide to the Network
More White Papers
Reports
The State of Cloud Computing - Fall 2020
IDC FutureScape: Worldwide Digital Transformation Predictions
More Reports

More evidence of Google's willingness to buy startups in order to acquire the right software talent?

Isn't that what many of the big companies in the IT world do anyway? I don't believe there's anything wrong with that.
Reply  |  Post Message  |  Messages List  |  Start a Board