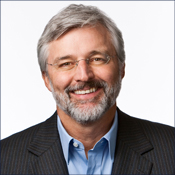 People who think two-tier ERP is solely about savings are missing the real drivers propelling today's forward-thinking businesses to greatness.

Traditionally, cloud computing investments have been driven by lower costs and speed, as businesses looked favorably on usage-based computing consumption without the headaches of installing and maintaining servers and databases. And while lower costs and rapid deployment remain compelling reasons to turn to cloud computing, other benefits are emerging. In no place is this more evident than large, global enterprises that have already invested heavily in on-premises systems.

Running a global organization on a single instance of on-premises ERP just isn't viable anymore. In fact, it really never was. The old dream of a single system of the truth quickly turned into a nightmare hairball of complexities as organizations tried to tie together accounting, salesforce automation, warehousing, and web management systems. Extending that hairball across a global deployment with each subsidiary running distinct and sometimes unique systems meant visibility across the entire organization was likely months behind, if it was even achieved at all. Never mind the time and expense required to set up a new instance of SAP R/3 a world away.

Cloud ERP systems provided an initial solution to the problem. They can be quickly and affordably implemented at subsidiaries, rolling up financial data through prebuilt connectors to the SAP or Oracle systems at headquarters companies. Firms have already invested heavily in their on-premises systems and want no part of ripping out and replacing. Of course, companies that relied upon enterprise-scale systems rejiggered for the midmarket didn't find much help, nor did those who waited around for SAP's multiple (and still ongoing) attempts to get cloud ERP right. With automatic, regular upgrades, customizations that carry forward, and an affordable footprint, cloud ERP proved an early answer.

However, it's no longer just speed and cost that are paving the way for two-tier ERP. New divisions, divestitures, business models, markets, and channels are all compelling use cases for two-tier ERP.

Or take it from some of the most successful businesses on the planet.

Williams Sonoma, the $4 billion retailer, discovered the power of two-tier ERP when it launched a multichannel expansion into Australia. This year, when it opened company-owned stores outside of the US for the first time, it carefully evaluated ERP systems, ultimately turning to cloud ERP to support four stores and four new websites under four different brands -- Williams Sonoma, Pottery Barn, Pottery Barn Kids, and West Elm. Bringing backoffice financials, e-commerce, point of sale, and customer records under a single system that also enabled an omnichannel experience for the customer was a tall task. Williams Sonoma wanted to deliver a superior customer experience no matter what channel customers use. The financials implementation took less than a year and e-commerce just three months. That enabled William Sonoma to jumpstart its international expansion plans.

Or, take the case of Shaw's Carpets, a Berkshire Hathaway company and the world's largest carpet manufacturer, which also leveraged the power of two-tier ERP when it opened a new Chinese manufacturing facility. It evaluated all the major ERP providers but selected cloud ERP to support a rapid deployment and lean IT. Not only was the Chinese facility up and running far faster than a last-generation on-premises system would have been, but it also provided a repeatable and configurable system to support 11 subsidiaries in Asia Pacific.

Clearly, cloud-based two-tier ERP facilitates the entrance into new channels and new markets, but as both of these examples make clear, global businesses also need a solution with multilanguage, multicurrency, and multi-tax-law support.

There are plenty of other examples as well. They include companies that leaned on two-tier cloud ERP during a divestiture to replace an aging, expensive on-premises system; those that used cloud ERP to handle a new recurring revenue billing model; and companies that needed a standardized system across subsidiaries.

Saving millions of dollars by turning to cloud-based two-tier ERP is a great place to start, but don't discount the far greater benefits of agility and capitalizing on new opportunities.