Cisco's $1 billion cloud investment is not about competing with Amazon, Google, or Rackspace to supply general-purpose IaaS. Cisco and its partners will offer a global chain of datacenters to serve as a backbone for the Internet of Things.

Cisco Systems on Monday announced a $1 billion investment in what it calls its Intercloud, a linked chain of datacenters providing services designed to capitalize on the Internet of Things. Cisco has no intention of competing with Amazon Web Services, Google, or Rackspace in supplying general-purpose infrastructure as a set of cloud services. Instead, it has assembled a set of partners to offer a global chain of datacenters linked by a Cisco network to serve as a backbone for the Internet of Things.

"This is not about five public cloud datacenters worldwide," said Fabio Gori, director of Cisco cloud marketing, in a description that sounded suspiciously like VMware's vCloud Hybrid Service. Rather, Cisco announced nine partners that will help it build out a set of services on top of OpenStack software to serve as worldwide data-collection points for device data, analytics, and data warehousing.

Gori couldn't put a number on how many datacenters the chain might eventually include, but said it "will leverage Cisco datacenters and those of select partners" to build its chain rapidly. Its own facilities will be combined with those of Australian partner Telstra to put its initial set online in North America, Europe, Asia, and Australia "by the end of the year," Gori said in an interview.

Cisco will sidestep the approach of supplying single-instance provisioning for customer workloads in favor of an application-centric approach. It envisions a customer directing a device or set of devices to direct data streams into the Cisco Intercloud. Cisco services there will recognize the type of data and the device from which it originates, assign it to a repository with the proper data owner, and then engage in real-time data collection. 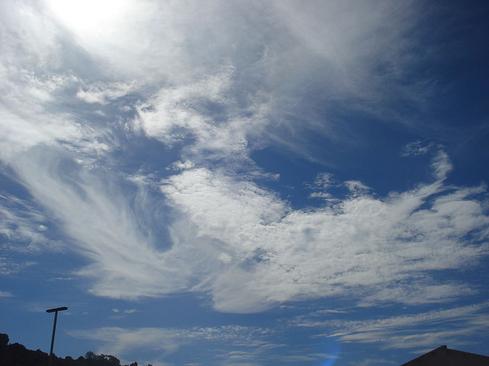 Gori pointed out that it will be necessary to have datacenters in certain countries to maintain "the sovereignty of the data," or keeping ownership in the country in which it originates, according to various national-boundary laws around the world.

"Instead of centralizing it in a few datacenters, we have to do it respecting data sovereignty. We couldn't do this alone. We had to leverage the Cisco ecosystem," Gori said.

Cisco announced the Intercloud at its annual Partner Summit in Las Vegas. More details on the types of device data and nature of the storage it will support will be unveiled at Cisco Live 2014, the firm's annual user conclave, in San Francisco the second week of May.

"Our goal is to become the number one supplier of cloud services to IT out there," he added. Cisco may not be competing for workloads with Amazon and Rackspace or for developers with Google and Microsoft, but it is competing for IT budgets to capture, understand, and manage the Internet of Things. Its application-centric approach will allow it to provide public APIs that IT can connect to establish data flows and attach analytical applications. Cisco's intelligence on the network will monitor and adjust network services to those apps, he said.

Charles Babcock is an editor-at-large for InformationWeek and author of Management Strategies for the Cloud Revolution, a McGraw-Hill book. He is the former editor-in-chief of Digital News, former software editor of Computerworld and former technology editor of Interactive ... View Full Bio
We welcome your comments on this topic on our social media channels, or [contact us directly] with questions about the site.
Comment  |
Email This  |
Print  |
RSS
More Insights
Webcasts
Building the SOC of the Future: Next-Generation Security Operations
ROI and Beyond for the Cloud
More Webcasts
White Papers
Five Reasons to Protect your VPN with Multi-Factor Authentication
From MFA to Zero Trust
More White Papers
Reports
Assessing Cybersecurity Risk in Todays Enterprises
Special Report: Edge Computing: An IT Platform for the New Enterprise
More Reports

With the IoT, we've got the cart is before the horse.  To mix metaphors, that means while every vendor is looking for ways to try to change the tires on the car as it barrels down the highway at 120 mph, CISCO wants to try to change the road underneath the cars.  The crashes are just waiting to happen.
Reply  |  Post Message  |  Messages List  |  Start a Board

Asksqn, I hate to tell you but the long slide started when you allowed that landline receiver to be put on the kitchen wall. Didn't you know someone was listening in? Whatever you do, don't register your motor vehicle at the DMV. Too many gov't agents hanging out there. Maybe the real problem is the TV covertly emitting CIA-sponsored electromagnetic waves. Their attempt to brainwash is having a debilitating effect.

The Internet of Things AKA 24x7x365 monitoring of personal data with very little to zero control afforded to the user regarding the distribution of it.  Once every item in the household has an IP address and is happily sharing info with corporate (and by proxy, government as well) then the fun will really start.
Reply  |  Post Message  |  Messages List  |  Start a Board

Cisco is touching the important area of usage in the Cloud platform.
Reply  |  Post Message  |  Messages List  |  Start a Board

Cisco is definitely going in the right direction, and I like the idea that they are picking multiple provider partners around the world, but there is a big missing piece of the puzzle that I hope they do address: what about security?  IoT and M2M brings a host of security concerns due to the infancy of the way these devices are not just connected, but utilized.  I'd be curious to see where the security partners start getting involved.
Reply  |  Post Message  |  Messages List  |  Start a Board

In effect Cisco is staking out a spot in the next generation cloud, one that will collect device and sensor data by automated means and allow data owners to perform analytics on it or use it in other ways in an application-centric environment. Among other things, that means the network will recognize the needs of the application and ensure they're met.
Reply  |  Post Message  |  Messages List  |  Start a Board

is this "intercloud" of character quality equivalent to the one discussed by FREEscale s.e.m.i.CONductOR incorporated in their "every so often"'bouts'once every eight(8)eight days', e.l.e.c.t.r.o.n.i.c. NEWSLETTER magAzine. i, jeff castillo, was looking, on the I.(nternet) S.(earch) E.(ngine)   /GOOGLE/   ,for a  [manufacturer of computer wafer chip technology manufacturers]and WA referenced TO FREESCALE semiconducter inc. by the R.O.B.O.T. librarian SyNoPtIc. i, have, through some trial and effort wOrK, "eye-ball COLOR ceLL" aggregated to the t.e.r.m. CLOUD in-ter-net_ CEr*e*BRAL (cloud INTERNET C.E.R.E.B.R.A.L.) oh, and by the way, in the year 1984,(just remember English aUtHoR george ORWELLs' book -+1984+-), you could spell it {i-n-c-o-r-p-o-r-a-t-e-d-] but you have to spellit on everything, including BUSINESS CARDS, and you can nevermiss it' up in a contract, IT GIVES YOU MORE LEGAL RIGHTS. ErStWhIlE, you can spell it the short way, INC., it +-gives you less legal rights, butITisSIMPLYcheaper. http://www.WordPress.com/JeffreyAlanCastillo.
Reply  |  Post Message  |  Messages List  |  Start a Board
Editors' Choice
Hot Topics