Suggestions on how automation can be leveraged and ways to use SaaS more efficiently peppered conversations with Zendesk and Hugo.

The range of ideas presented at this month’s Ascent conference in New York made it clear that everyone, from startups to enterprises, remains hungry for ways to improve their technology strategies. Ascent's focus is to bring together senior tech leaders from across the East Coast to collaborate and drive change though they do look across a wide geography for their featured lineup. Speakers included executives from Zendesk and Hugo, who offered advice on figuring out how to use automation to make customer relations more efficient and what to consider when faced with a menagerie of software in-house that might cause confusion.

Jeff Titterton, CMO at Zendesk, shared some insights on how technology drives customer expectations, which continue to escalate, and how automation can speak to such demands. Zendesk develops customer service software and Titterton said organizations should strive for seamless conversations with their customers regardless of the platform or device they use. He also encouraged companies to offer choices in how customers communicate with them, including putting bots and self-service to work to resolve some questions. “Self-serve is a huge thing that customers want,” he said. “At Zendesk, we study 45,000 customers, who opted in, on user behavior so we can create benchmarks.” 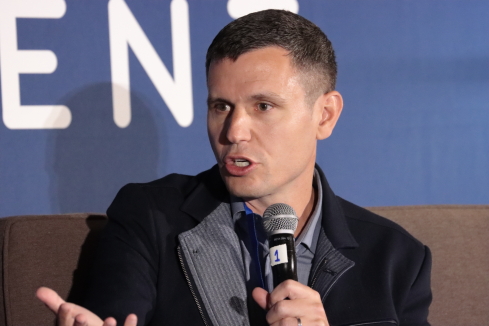 Zendesk’s studies showed that those customers increasingly did not want to speak to a human and preferred to self-serve, Titterton said, but if they did speak to a representative, they wanted it to be quick and frictionless. “Bots play an interesting role there because what they are really good for is answering really simple questions,” he said. When more complicated questions arise, Titterton said it is essential for the system to be designed to smoothly move customers from bots to a live representative. He also suggested companies should build their services around customer data to better understand their relationship and to remove friction. “The best way to avoid customer service costs is to never have to have them contact customer service,” Titterton said.

For organizations with a different set of concerns, specifically the plethora of software their teams tap into, Darren Chait believes they should take a nod from a certain sea creature. He is COO and cofounder of Hugo, and spoke briefly about what SaaS culture says about an organization. Hugo is the developer of a software solution that shares connected meeting notes among team members. “By looking at the tools your company uses,” he said, “we know everything about you. We can tell your views on transparency, how you share information, and how remote-friendly you are.” 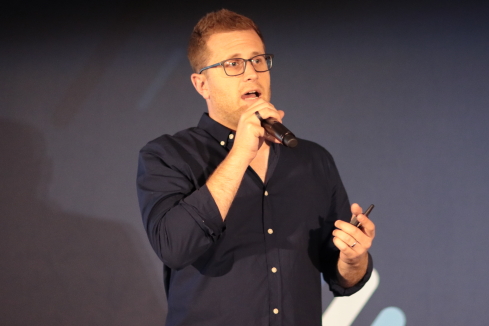 By Chait’s reckoning, the average company uses 130 different SaaS tools. He said such implementations can lead to fragmentation of data as documents wind up in multiple endpoints. The prevalence for information silos, which Chait said arise as more than 90% of SaaS tools are department specific, leads to knowledge fragmentation. Further compounding the confusion, he said, is the increasingly remote working population with teams sometimes operating in different time zones. Such factors mean SaaS culture can positively or negatively influence the business, according to Chait.

He suggested that organizations focus on three points to get a better grasp on how SaaS is implemented to ensure it provides an advantage rather than become a hinderance:

Joao-Pierre S. Ruth has spent his career immersed in business and technology journalism first covering local industries in New Jersey, later as the New York editor for Xconomy delving into the city's tech startup community, and then as a freelancer for such outlets as ... View Full Bio
We welcome your comments on this topic on our social media channels, or [contact us directly] with questions about the site.
Comment  |
Email This  |
Print  |
RSS
More Insights
Webcasts
Zero Trust for a Work-From Home World
Detecting and Preventing Insider Data Leaks
More Webcasts
White Papers
Why Add Security to Your Skill Set and How to Do It
The Hidden Security Risks of APIs: How to Protect Your Brand, Business, and Data
More White Papers
Reports
The Infoblox Q4 2020 Cyberthreat Intelligence Report
The State of Cloud Computing - Fall 2020
More Reports