Public Cloud Market Worth $208 Billion By End Of 2016 - InformationWeek

50%
Tweet
The public cloud market is expected to grow more than 17% by the end of 2016 to total of over $208 billion, according to new projections from Gartner. The two most popular services are IaaS and SaaS for IT departments looking to save money.

By the end of 2016, the global public cloud market is expected to grow more than 17% over last year to reach $208.6 billion, according to new projections from Gartner. For IT departments, the potential savings from implementing Infrastructure-as-a-Service (IaaS) and Software-as-a-Service (IaaS) is helping fuel the growth of these different offerings.

In 2015, the public cloud market totaled $178 billion, and this year's total will reach 17.2% more than that amount, according to Gartner. Although not mentioned in the report, Amazon Web Services (AWS) is assumed by many to dominate the public IaaS market, with Microsoft, Google, and other vendors seen as distant runners-up.

The growth of the public cloud market is being driven by IT departments' desire to save money and offload more and more workloads to these third-party providers. In the Sept. 15 report, Gartner research director Sid Nag notes that many IT shops are saving as much as 14% of their budget by moving applications to the cloud. 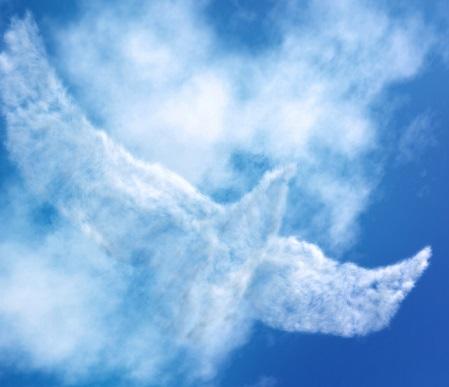 However, Nag adds that, while some companies have realized the benefits of public cloud services, many other organization are still hesitant and only testing the waters:

For those IT shops that are pushing apps out to the cloud, it's the desire to modernize the company's technology to prepare for the digital future that is driving this decision. Cost savings, agility, and innovations are also cited as other motivators to explore the benefits of public cloud.

Gartner's outlook on the public cloud reflects other recent research about this market.

On Sept. 1, 451 Research released its latest "Voice of the Enterprise: Cloud Transformation" survey, which found that four out of ten enterprise workloads are running on either a public cloud or on a private cloud. In the next 18 months, that's expected to increase to about 60%, with SaaS applications proving the most popular, according to the research firm.

When it comes to marketshare, a recent report by Synergy Research Group showed that Microsoft and Salesforce are the two leading providers of SaaS, with Redmond, interestingly, starting to gain an edge over Salesforce in recent months.

The 451 report, which is based on the results of 1,200 interviews with IT pros between May and June of this year, also found that IaaS is expected to grow the fastest over the next two years, with about 12% of application workloads moving to the public IaaS market.

One of the main stumbling blocks to even greater public cloud adoption is security, although the Gartner reports stresses that leading public IaaS and SaaS offerings are fairly secure already. It's how these services are used that's a greater concern.

"Gartner's position on cloud security has been clear -- public cloud services offered by the leading cloud providers are secure. The real security challenge is using public cloud services in a secure manner," Ed Anderson, research vice president at Gartner and another author of the study, wrote in a press release.

In addition to the growth of public cloud, private cloud infrastructure is expected to grow through the end of 2017, with many different businesses adopting a hybrid approach that can provide an even greater layer of flexibility.

However, the Gartner reports there are several problems with the hybrid approach, including finding a common set of APIs between vendors, management tools, vendor support, and a lack of application compatibility.

That's a very good point. It does seem like most companies are moving over to a software as a service system. There's those smaller storage laptops too which are increasingly popular. Supplied with a few gigabytes of local flash storage, but a terabyte of OnDrive support or similar.

It's not for me - I want that local speed, but it's an interesting trend for sure.
Reply  |  Post Message  |  Messages List  |  Start a Board

That's true. However, I think that the cloud is now a fundamental part of the business conversation. Apps can come and go, but when you have Microsoft shift its two premier offerings to a SaaS model -- Office 365 and Windows 10 -- I think you are talking about a technology that's got a lot of long tail. Also, look at what was said at Oracle Open World this week.
Reply  |  Post Message  |  Messages List  |  Start a Board

Much of it I suppose depends on how excited people become for cloud industries. It's if speculation and hype outweighs the potential profits that things will get dicey.

I certainly see that sort of thing happening in other big growth industries at the moment, like ride sharing apps.
Reply  |  Post Message  |  Messages List  |  Start a Board

That's an interesting point. While you have to always watch for the overheated market, I don't think cloud falls into that. It's very much the way what we used to consider IT Infrastructure is going. If you look at the Gartner numbers, as well as some of the other reports, while the market is growing, it still have a very long way to go. Most companies are still on in the production part of it, and most use IaaS or SaaS in a limited capacity right now.
Reply  |  Post Message  |  Messages List  |  Start a Board

I wonder if we'll see any sort of bubble appear in the cloud market, as it really doesn't seem like it's about to stop any time soon. Is there any sign that the industry could burst in the future?
Reply  |  Post Message  |  Messages List  |  Start a Board
Editors' Choice
Hot Topics