0%
Tweet
Red Hat maneuvers to get its OpenShift platform into as many enterprises as possible, with an eye to private cloud dominance.

Platform-as-a-service is on its way to becoming an essential ingredient of enterprise private clouds. Open-source leader Red Hat is beefing up its entrant, OpenShift, in an Enterprise 2.0 version that will be a strong option for developers that might otherwise be looking at VMware's Pivotal spinoff, with its Cloud Foundry PaaS component.

PaaS typically provides tools, a code check-in and check-out repository, and the ability to roll back a recent build to a more reliable version. It provides team processes and collaborative development tools in a cloud environment. Red Hat Enterprise Linux is already a favored operating system for running workloads in public cloud services. Now Red Hat needs to find its follow-up success, and it's looking to its PaaS offering.

One indicator of how key OpenShift is to Red Hat's future is the fact that it is used at PayPal, even though PayPal's basic approach to virtualization is through VMware products. PayPal is remaking itself as a VMware datacenter running an OpenStack private cloud. With both OpenShift and Cloud Foundry available as open-source, PayPal opted for what it viewed as the most open option available to its IT staff -- OpenShift.

In its on-premises OpenShift Enterprise 2.0 version, Red Hat is trying to make OpenShift even more attractive, says Ashesh Badani, general manager of OpenShift and cloud at Red Hat. OpenShift is available as both an on-premises and online product. It started out two-and-a-half years ago as online PaaS, hosted on Amazon Web Services.

Red Hat updates the online version of OpenShift once a month, a process that's easy for a practiced software-as-a-service vendor. Users of the on-premises version get those same changes rolled up in a new release every four months or so. About 50 updates have been added to the Enterprise version since it was launched a year ago, Badani told us.

One of the most significant additions is a new administrative console that gives a manager greater visibility into the applications under development and their deployment, as well as the development process itself. A project manager can see who is using what resources where, how much capacity is left on different compute nodes, and where capacity may be oversubscribed by developer apps.

OpenShift has been equipped with a plug-in that allows it to host developer applications and route data to them from an existing corporate network. Load-balancer and router traffic can be integrated into overall OpenShift operations.

Red Hat has made OpenShift easier to install on-premises with a new wizard that automates the application of scripts to get the system up and running, Badani noted. Its goal is to make installation easier for those without a lot of experience with the system. 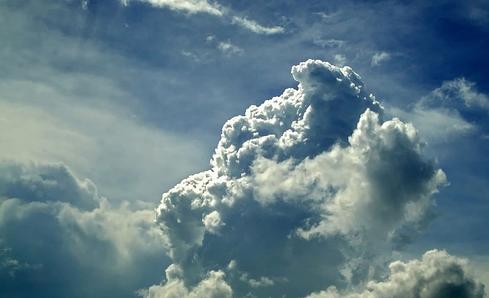 OpenShift allows developers to deploy their applications in containers, or logical software frameworks, that provide a barrier to another application or process intruding on its operation. Red Hat containers are engineered to be used with Security-Enhanced Linux (SELinux), and it's entered a partnership with the Docker open-source project, which produces the Docker container system, Badani said. Once in a standard container (such as Docker), an application and its dependencies may be moved from environment to environment, with the container recognized and integrated into operations in a standard way.

Red Hat is looking to outstrip the competition by bringing ease of middleware use to its PaaS platform in a future release. With its JBoss product set, Red Hat may have an advantage over its competitors.

There is a community-supported version of OpenShift, known as Origin, that is freely downloadable open-source code. The on-premises version with an annual technical support contract is $4,000 for a version that runs on two cores of a server, says Badani.

The crucible of cloud, big data, and distributed computing is hell on systems. Will application performance management cool down complexity -- or just add fuel to the fire? Also in the new, all-digital APM Under Fire special issue of InformationWeek: Cloud industry heavyweights discuss the pros and cons of OpenStack support for Amazon APIs. (Free registration required.)

We welcome your comments on this topic on our social media channels, or [contact us directly] with questions about the site.
Comment  |
Email This  |
Print  |
RSS
More Insights
Webcasts
SecDevOps: Tying Security to Your Application Development Processes
Maximizing Database Performance to Improve Customer Experience
More Webcasts
White Papers
DevOps for the Database
Special Report: Edge Computing: An IT Platform for the New Enterprise
More White Papers
Reports
The ROI Of SD-WAN: Not Just A Numbers Game
Connecting the Dots: Key strategic opportunities in a post-COVID-19 world
More Reports

It's nice to see PayPal helping to promote the benefits of PaaS.  While many might argue that PaaS is best used for app testing and managing an environment that can be easily managed, and rolled back as needed, the real benefit is that it creates an isolated (if preferred) environment for testing new applications and processes.  What is really interesting to see is the push for RedHat, since the attraction to Linux and it's license free / open source flexibility, means that for the first time, corporations can finally start to really see if they can move to this new O/S.  The advantages could be huge if these environments prove to allow organizations to realize the benefits of the move to this platform, and since it is PaaS, the risk is relatively low when it comes to testing the waters of this model.
Reply  |  Post Message  |  Messages List  |  Start a Board

There are a whole lot of organizations and CIOs that really trust VMware for production work and are really skeptical of everything else out there.  OpenStack is a nice fit for them, because it can be a bridge to ditching VMware fees when those CIOs feel more comfortable about switching away from VMware entirely.
Reply  |  Post Message  |  Messages List  |  Start a Board

We are talking PaaS here, right?  Neither VMware/Pivotal or RedHat are among the PaaS leaders, assuming you are talking about number of developers and deployments.  Microsoft, Amazon, Salesforce.com, Google are out in front, and Oracle and SAP have their own developer communities that are moving to their respective PaaSes quickly.  Then you have PaaS specialists like Apprenda who are doing quite well.  If you are talking about virtualization software, however, then VMware and Red Hat are leaders.
Reply  |  Post Message  |  Messages List  |  Start a Board

Charlie, do you think we will see more companies take the approach that PayPal did with OpenShift?
Reply  |  Post Message  |  Messages List  |  Start a Board

The development team and IT managers need to reach full agreement on how PaaS will be implemented on top of IaaS, as companies convert their data centers to private cloud. Some of the real gains of private cloud flow out of the PaaS arrangement. There are features and functions in OpenShift, and for that matter, Cloud Foundry, that help with application deployment, once it's built. Red Hat contributed heavily to the OpenStack Heat orchestration project, and Heat expertise spills over into OpenShift. Krishnan Subramanian touches on this issue in his guest column, 5 Pillars Of Enterprise PaaS Strategy.
Reply  |  Post Message  |  Messages List  |  Start a Board
Editors' Choice
Hot Topics