Oracle fourth quarter revenues, announced Thursday, came in slightly higher than Thompson Reuters consensus analyst estimates, even as revenues continued year-over-year declines, both for the quarter and for the full fiscal year.

The results come as the software giant, known for its enterprise applications and database software, is working to transition many of its solutions -- along with its own business model. Oracle is aiming to fit into a marketplace in which cloud computing continues to grow, and on-premises software sales are flat or declining. The company is emphasizing software-as-a-service (SaaS), platform-as-a-service (PaaS), and infrastructure-as-a-service (IaaS) offerings.

Oracle's Q4 revenues were $10.6 billion, compared with $10.7 billion posted during the same period a year ago. Analysts had expected $10.5 billion. The company reported diluted earnings per share of 66 cents, slightly higher than last year's 62 cents per diluted share for the same period. 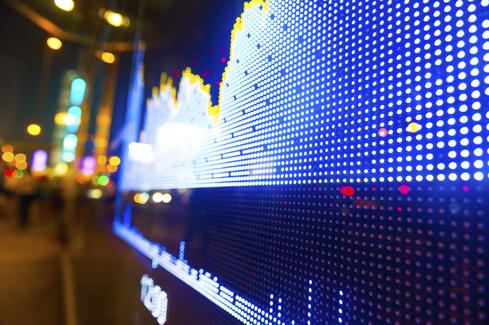 Oracle put the spotlight on its growing cloud sales in its results announcement. Cloud SaaS and PaaS revenues were $690 million for the quarter, up 66% over the same period a year ago.

"Fourth quarter SaaS and PaaS revenue growth accelerated to 68% in constant currency, significantly higher than my guidance," said Oracle co-CEO Safra Catz, in a prepared statement. She said strong bookings in Q4 enabled her to raise guidance for Q1 SaaS and PaaS revenue, predicting growth of 75%-80% over the same period a year ago.

[Will IoT push PaaS to the next level? Read 7 Reasons the IoT Will Run on PaaS.]

During the Thursday earnings call, Oracle executives touted the company's high growth rates in SaaS and PaaS revenues, saying the rates exceeded those of competitors such as Salesforce and Workday.

While Catz and Hurd put the focus on SaaS and PaaS growth, Oracle founder, CTO, and chairman Larry Ellison said during the earnings call that Oracle was also working on its IaaS game. This would pit the company against IaaS heavyweight Amazon Web Services (AWS). During the earnings call, Ellison called IaaS the third leg of Oracle's cloud strategy, and said his company is experiencing "a huge amount of demand from existing SaaS customers" for IaaS, and also big demand from database customers.

Ellison said Oracle has now built the second generation of its data center, and claimed it is highly competitive to anything else out there in terms of cost, scalability, and reliability. "We made the investment," Ellison said. "We have the right technology with our second-generation data centers."

But Oracle may already be losing some IaaS customers to AWS. Chipmaker Exar recently told InformationWeek about how it moved to AWS from on-premises when it migrated from Oracle 11 to Oracle 12. Perhaps Oracle believes it can recapture some lost business by ramping up its IaaS efforts going forward.

Cloud SaaS competitor Salesforce may be going a different route, embracing AWS and putting some of its technology into the IaaS AWS cloud.

Oracle's Ellison squarely targeted cloud competitors during his Oracle OpenWorld keynote address in October 2015. The move to offer IaaS pushed Oracle into new territory, but so far this business segment hasn't demonstrated the same kind of growth for Oracle as PaaS and SaaS.

Jessica Davis has spent a career covering the intersection of business and technology at titles including IDG's Infoworld, Ziff Davis Enterprise's eWeek and Channel Insider, and Penton Technology's MSPmentor. She's passionate about the practical use of business intelligence, ... View Full Bio
We welcome your comments on this topic on our social media channels, or [contact us directly] with questions about the site.
Comment  |
Email This  |
Print  |
RSS
More Insights
Webcasts
Architecting Security for the Internet of Things
Succeeding With Secure Access Service Edge (SASE)
More Webcasts
White Papers
Democratizing Data Management With a Self-Service Portal
Evolution of Ransomware Gangs
More White Papers
Reports
2020 State of Cybersecurity Operations and Incident Response
2020 State of DevOps Report
More Reports