Mesosphere unveils two new products as tech giants, including Microsoft and HP, and venture funders bet that its Data Center Operating System will play an important role in container orchestration.

As the idea of micro-services catches on with developers, the use of containers is proliferating as a way to package and move them around. But as thousands of containers start inhabiting the enterprise data center, is container management keeping up?

HP and Microsoft may see that as a looming concern for their customers. That may be one reason they're contributing toward a $73.5 million investment in Mesosphere, whose Data Center Operating System (DCOS) offers container scheduling, orchestration, and tracking capabilities.

Mesosphere just conducted its C round of funding, which brought its total raised to date to $126 million. The round included HP Ventures and Microsoft as "strategic investors," according to Matt Trifiro, Mesosphere product marketing manager. The investors not only want to see the company gain value, they're counting on it to produce technologies that will be drafted into their product lines, he said. 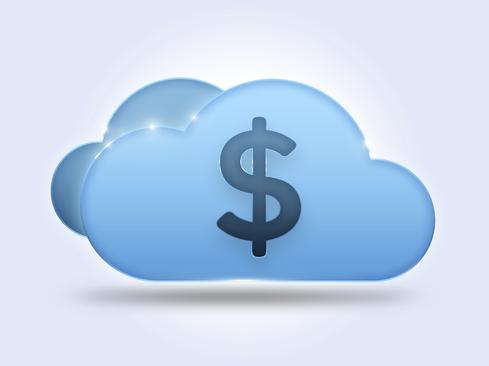 "Mesosphere is at the center of three of the biggest tech trends today -- cloud, containerization, and micro-services," said Scott Guthrie, executive VP of Microsoft's Cloud + Enterprise division, in Mesosphere's announcement on Thursday, March 24. He said that Mesosphere's DCOS was a "mature container orchestration system," and that was why Microsoft chose it as part of its plan to bring containers into the Azure cloud.

Microsoft is slated to add the ability to run Docker containers under Windows, later this year, in its next version of Windows Server. Azure Container Service became available in preview on the Microsoft cloud in February. It launches Linux containers through either Docker Swarm, the container scheduling and cluster-building software from Docker, or Mesosphere's DCOS.

DCOS, which Mesosphere released last June, is built atop the Mesos cluster management open source code. Mesos was started as project in 2009 in the research and development lab of UC Berkeley. Twitter, Airbnb, eBay, the Verizon Cloud, and Apple's Siri all make use of the Mesos open source code for building container clusters.

It is an attempt at a modern approach to the data center, capable of managing not only bare-metal servers and virtual machines, but containers as well. Mesosphere's Trifiro described DCOS as "production grade" and a step ahead of the well-known Kubernetes and Docker Swarm cluster builders.

The orchestration component of DCOS is based on the Apache Marathon project. Containerized services can be initiated and launched on a cluster through the Marathon orchestration engine. In addition to its venture funding results, on March 24 Mesosphere announced availability of the 1.0 version of Marathon.

DCOS, Marathon, and Velocity will all work with Docker containers, but Trifiro noted that DCOS natively supports containerization based on Linux C groups.

"Native C groups are considered more efficient and more reliable" than other containerization methods, including Docker. Google, which endorses Docker as a container formatting engine, nevertheless relies on C group containerization for its own production operations, Trifiro said.

C groups were developed at Google, and then contributed to the Linux kernel development process, where they were incorporated into kernel operations.

In addition to relying on C groups, DCOS "is a two-level scheduler," said Trifiro.

That means there can be more than one scheduler at work at launching containers on a DCOS cluster, and the operating system can referee between them. It wouldn't be unusual for a data center cluster to be running schedulers from the Cassandra NoSQL system, Marathon, and the Spark big data system at the same time -- all making use of containerized application logic. DCOS assigns resources to "frameworks," or subunits of the cluster, and the other schedulers then make use of the resources assigned to them, he explained.

The combination of attributes makes DCOS "really unique," claimed Trifiro, and helps explain why HP, Microsoft, and other venture capital investors, including Andreesen Horowitz, Khosla Ventures, Fuel Capital, Triangle Peak Partners, and A Capital, are willing to get behind it.

Although DCOS's default is Linux C group, it can also use Docker and Docker Swarm for formatting and launching a container cluster, if the customer prefers.

Charles Babcock is an editor-at-large for InformationWeek and author of Management Strategies for the Cloud Revolution, a McGraw-Hill book. He is the former editor-in-chief of Digital News, former software editor of Computerworld and former technology editor of Interactive ... View Full Bio
We welcome your comments on this topic on our social media channels, or [contact us directly] with questions about the site.
Comment  |
Email This  |
Print  |
RSS
More Insights
Webcasts
How the Rapid Shift to Remote Work Impacted IT Complexity and Post-Pandemic Security Priorities
Advancing the Hybrid Cloud & App Modernization Journey with IBM
More Webcasts
White Papers
2020 SANS Enterprise Cloud Incident Response Survey
The Top 5 Mistakes Everyone is Making in Vulnerability Remediation
More White Papers
Reports
Dark Reading Report: Battle for the Endpoint
The Need for Speed: Second Generation EDR
More Reports

We've reached the point where management of the cluster has to go to a type of software that's more than a server operating system appointed as the master. Mesosphere's DCOS claims intelligence in knowing how to schedule tasks so that workloads are paired up that pose the minimum risk of conflicts. One is memory intensive but doesn't use I/Os after an initial data upload; another is I/O intensive. "You can get up to 90% utilization" out of cluster resources, said Trifiro, through the use of such knowledge. That may or may not be true now, but it certainly hasn't been true of cluster operations in the past.
Reply  |  Post Message  |  Messages List  |  Start a Board
InformationWeek Is Getting an Upgrade!