In Cloud Adoption Rush, Don't Forget To Invest In IT - InformationWeek

7 Reasons The IoT Will Run On PaaS
(Click image for larger view and slideshow.)

The cloud is not an emerging technology, a new technology platform, or a place where technologies are combined in a unique way. Rather, it is a platform with a new method of deploying compute cycles. IT managers need to understand that to know where they fit it with its possibilities.

There is currently a rush to the cloud, but if the public cloud is supposed to be part of the picture, how does IT map out the enterprise side of it? It's necessary to do so in order to achieve a solid foundation for future operations.

"Don't paint yourself into a corner," Thiele cautioned at one point. At another, one of the 50 attendees at his session interrupted to ask whether Thiele believed "the myth that the cloud is cheaper?" 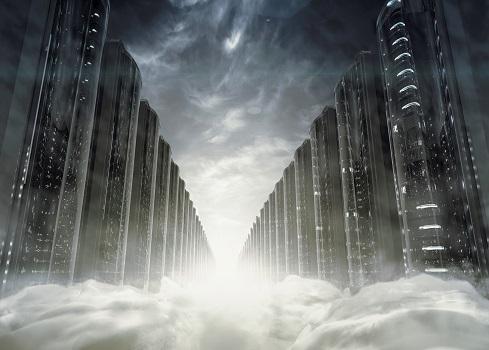 Thiele said he disagreed with the statement, frequently issued by Amazon Web Services CTO Werner Vogels, that the cloud offered indisputable "economies of scale." Thiele noted that he respects many of Vogels' comments, but finds the assumed virtue in large-scale to be suspect.

"When Amazon says, 'We have economies of scale,' that doesn't matter to you. What matters is whether you can solve your business problem on your own infrastructure, or can you do it better on someone else's?" Thiele responded.

At the same time, he warned his questioner, "Anything is cheaper if you're doing it wrong," and that enterprise IT has supplied plenty of examples of perpetuating its own inefficiencies.

The private enterprise data center can do things as cheaply, or more so, than the cloud, if its IT staff is focused on maintaining a high level of competency in server operations -- or if the IT operations staff has finely honed skills in network and storage management, along with other infrastructure management talents. But if staff members don't focus on such skills, it's possible they could find an advantage in moving some of their infrastructure into the cloud.

"It behooves you to create a plan for the infrastructure you think you should own," he said. Such a thing is still "very personal to individual companies," depending on what skills they have cultivated in-house and where they want their core competencies to lie.

IDC projects that most companies are going to use some mix of on-premises private cloud or other data center operations, public cloud services, and managed services, possibly in equal measure.

At the InformationWeek Elite 100 conference, which occurred concurrently with Interop, a speaker in moving to the cloud, Darrell Riekena, CIO and COO of National DCP, said he moved his firm's warehouse and distribution systems onto the Verizon Protera Cloud because of the appeal of having the SAP ERP suite as a managed service.

Riekena rejected running the same suite on Amazon Web Services or Microsoft Azure clouds because he wanted the infrastructure manager to take responsibility for each application's operation. National DCP would worry about finding the best ingredients from the most reliable suppliers and creating the best physical delivery system for the 8,900 restaurants that it serves, where its core competencies lay, he said.

Various vendors have had such a strong appeal in their heyday that customers adopted their products to the point where they found it difficult to go anywhere else. Wholesale adopters of cloud services may have to relearn that lesson. "The fear of lock-in is very real," he noted.

Then, in a comment that appeared to be directed at AWS, he asked, "When has anyone having a monopoly been good for the customer? Even if it's true (best for the customer) today, it won't be true for very long," he predicted.

[According to a SolarWinds study, hybrid cloud is the new reality. See SolarWinds Study Reveals Hybrid IT Is the Reality for Majority Of Businesses.]

One reason IT teams may willingly turn to the cloud instead of trying to establish mission-critical services in-house is that they are under constant pressure to provide systems that differentiate their company from others. To get on top of that pressure, they need to devote more resources to fresh development initiatives. But oftentimes, "they can't get far enough away from fire-fighting to affect real change," Thiele noted.

In the end, he offered no general-purpose blueprint to implement a hybrid cloud that could suit all companies' needs. But he did cite research from MIT's Sloan Research, which found the best way to improve a company's revenues was to invest further in IT, not advertising or even R&D. Sloan found each additional dollar per employee that was invested in IT tended to return $12.22 in increased revenue per employee.

Contrary to the rush to the cloud, Thiele urged companies to reconsider the virtues of their IT teams and existing infrastructure, and to continue to invest in them, while perhaps shifting less crucial systems into the reliable infrastructure of the public cloud.

Charles Babcock is an editor-at-large for InformationWeek and author of Management Strategies for the Cloud Revolution, a McGraw-Hill book. He is the former editor-in-chief of Digital News, former software editor of Computerworld and former technology editor of Interactive ... View Full Bio
We welcome your comments on this topic on our social media channels, or [contact us directly] with questions about the site.
Comment  |
Email This  |
Print  |
RSS
More Insights
Webcasts
ROI and Beyond for the Cloud
5 Steps to Solving Modern Scalability Problems
More Webcasts
White Papers
How to Prioritize Risk Across the Cyberattack Surface
Passwordless: The Future of Authentication
More White Papers
Reports
Email Security Threat Report 2020
The Drive for Shift-Left Performance Testing
More Reports

Instead of building a new data center, an enterprise today is more likely to move more applications in to the cloud. On the other hand, some data center operational skills have been acquired the hard way and are well suited to the business. Enterprise data centers may consolidate, but they're not going away.
Reply  |  Post Message  |  Messages List  |  Start a Board
Editors' Choice
Hot Topics

10 IT Trends to Watch for in 2021 Cynthia Harvey, Freelance Journalist, InformationWeek,  12/22/2020
White Papers
How to Prioritize Risk Across the Cyberattack Surface
Two-Factor Evaluation Guide
The State of Threat Detection and Response
All In, Online Gaming & Gambling
Frost Radar: Global Threat Intelligence Platform Market