IBM and Microsoft will put key software assets on each other's cloud services. Can they double appeal to enterprise developers, compete better with Amazon?

IBM and Microsoft said Wednesday they have formed a partnership to put key software assets on each other's cloud services in order to give their mutual customers "more choice." As dance partners, however, they're holding each other at arm's length.

"Microsoft is committed to helping enterprise customers realize the tremendous benefits of cloud computing across their own systems, partner clouds, and Microsoft Azure," said Scott Guthrie, executive VP for cloud and enterprise at Microsoft. "With this agreement more customers will be able to take advantage of the hyper-scale, enterprise performance and hybrid capabilities of Azure."

There was no direct mention of IBM or the IBM cloud on Guthrie's part as this new partnership gets underway. That was reminiscent of Guthrie's statement in San Francisco two days earlier, when he predicted at a press conference that the cloud marketplace will shake out to three primary players: Google, Amazon Web Services, and Microsoft.

IBM likewise made no direct reference to Azure. "Together we are creating new opportunities to drive innovation in hybrid cloud," said Robert LeBlanc, senior VP for the software and cloud solutions group at IBM, in the announcement.

[Want to learn how IBM has augmented its BlueMix with "Boilerplates"? Read IBM BlueMix Gets DevOps Muscle.]

IBM and Microsoft have decided each of their respective clouds will have a better chance to compete with market leader Amazon if they double up their appeal to enterprise developers. The software they're exchanging will tend to enhance each of their cloud environments as a platform-as-a-service for developers. Now developers "will have an even greater level of choice over the tools that they use to build and deploy their cloud environments," LeBlanc said. 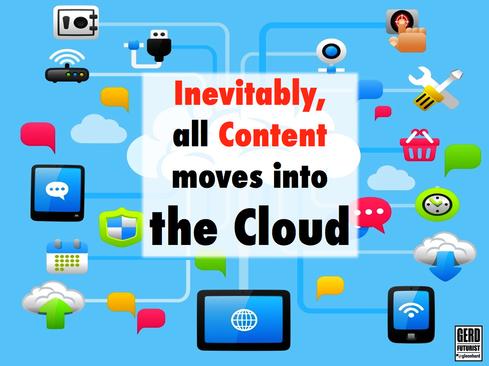 In addition to WebSphere Liberty, IBM is making its MQ messaging system and DB2 database system available on Azure. Both would likely be needed by developers working on a modern application. IBM will make the software available in Microsoft Hyper-V virtual machines on Azure for both development and production deployment, said LeBlanc.

In addition, IBM PureApplication Service on SoftLayer, which uses underlying patterns to allow deployment of the same application into different environments, will be available at a future date, still to be determined, under Hyper-V on Azure.

Microsoft will make its .Net set of languages and development technologies available on the IBM cloud, along with SQL Server and Windows Server. (Windows Server was already available there.) No date was set. They will begin with "a limited preview offering" of .Net operating within IBM's Bluemix platform as a service, according to the announcement.

The partnership extends to the point of each party recognizing the existing licensing that the other's customers bring to it. For example, IBM middleware users will pay the hourly on-demand rate for using Azure, not a license fee plus the on-demand rate. Microsoft customers with no IBM license will be able to obtain one on Azure with pay-per-hour-of-use pricing.

Unlike AWS, both IBM and Microsoft have specific development communities that they are seeking to retain through the partnership. Their combined platform-as-a-service toolsets are stronger together than each by itself, they have concluded.

Charles Babcock is an editor-at-large for InformationWeek and author of Management Strategies for the Cloud Revolution, a McGraw-Hill book. He is the former editor-in-chief of Digital News, former software editor of Computerworld and former technology editor of Interactive ... View Full Bio
We welcome your comments on this topic on our social media channels, or [contact us directly] with questions about the site.
Comment  |
Email This  |
Print  |
RSS
More Insights
Webcasts
Defense and Response Against Insider Threats & User Errors
The Pesky Password Problem: Policies That Help You Gain the Upper Hand on the Bad Guys
More Webcasts
White Papers
Democratizing Data Management With a Self-Service Portal
Evolution of Ransomware Gangs
More White Papers
Reports
Are Unprotected Cloud Databases Leaking Your Data?
2020 State of DevOps Report
More Reports

If this happens as you are predicting;the Tech world will be a very-very different space from where it is today!

And whether we like it or not;Less Competition does not really benefit all consumers in the Long run.

So I hope that won't happen as such.

However I was also wondering about the Apple-IBM deal (which Informationweek recently covered as well) ;and maybe this is a way for Microsoft to ride on the Apple Mobile wave?

Especially if as expected Mobile which is already a duopoly today(apple and Google),Microsoft wants some skin in the game but obviously.

Sure,they are trying to make Windows Mobile work(and I have no doubt that they will try very-very hard) just that they have a long way to make up on the Top 2 here.

Look at the wearables space (or for that matter the IoT space);Microsoft is nowhere there.Even Apple is struggling for a foothold.

No Tech Major is sure who will make it in the future hence they are all hedging their bets?

Given the way IBM is managing is business, Microsoft may have the opportunity to acquire IBM assets in a few years. Maybe they'll even get paid to do it, like Global Foundries.
Reply  |  Post Message  |  Messages List  |  Start a Board

Hedging your bets, with a bit of banding together to face down the 600 pound gorilla?
Reply  |  Post Message  |  Messages List  |  Start a Board

Right, it's no different, except Microsoft is saying the IBM Cloud won't matter very much soon. Not different, just ironic. it's possibly testimony that platform as a service still has a life of its own, apart from infrastructure as a service, and even for Microsoft it's worth hedging your bets when you think yours will emerge on top.
Reply  |  Post Message  |  Messages List  |  Start a Board

This isn't any different than the Oracle-Microsoft pact we saw last year. I'll run your software in my cloud if you run my software in your cloud. As customers on both sides of these deals would explain, "it's what customers want and expect." It only makes sense.
Reply  |  Post Message  |  Messages List  |  Start a Board
Editors' Choice
Hot Topics