IBM is putting together a PaaS platform that it has dubbed BlueMix, which is a combination of open source code, IBM software tools, and Big Blue's tried and true WebSphere middleware used by many of its oldest customers. In effect, it's investing $1 billion to give enterprise customers a path to move legacy systems into the cloud.

For enterprise users who want to move an application into IBM's SoftLayer unit's public cloud, the many components of IBM WebSphere middleware will be there and waiting as callable services through a SoftLayer API. IBM acquired SoftLayer and its 700 employees last July and made its provisioning, management, and chargeback systems the core of its future cloud services.

Not so fast, you say. IBM's Blu Acceleration for DB2, Watson advanced analytics, Cognos business intelligence, and many versions of WebSphere run on IBM Power Systems servers, not the cloud's ubiquitous x86 servers.

Lance Crosby, CEO of IBM's SoftLayer unit, agrees that's the case. And that's why Power servers are now being incorporated into the SoftLayer cloud. It will be one of the few public clouds with a paired hardware architecture approach. Crosby declined to predict how many Power servers may be added or what percentage they would become. SoftLayer currently has about 150,000 x86 servers. IBM is adding 4,000 to 5,000 x86 servers to that number a month, and x86 will remain the majority by a wide margin, Crosby told InformationWeek.

[Want to learn more about how SoftLayer is being expanded? See IBM Bets Big On Global Datacenter Network.]

"Power servers were never about volume. They're about more memory capacity and processing power" to handle enterprise ERP and database applications, which require large amounts of both, Crosby said.

In addition, IBM is making a broad set of its data analytics, Rational development tools and applications, such as Q9 security and Maximo inventory management, available on SoftLayer as software-as-a-service. Developers producing next-generation applications will have the option of using services from IBM's software portfolio that they're already familiar with, Crosby added. IBM Tivoli systems management software will also be made available, though no date was announced. Crosby said IBM will seek to get the bulk of its portfolio into the BlueMix PaaS by the end of the year. 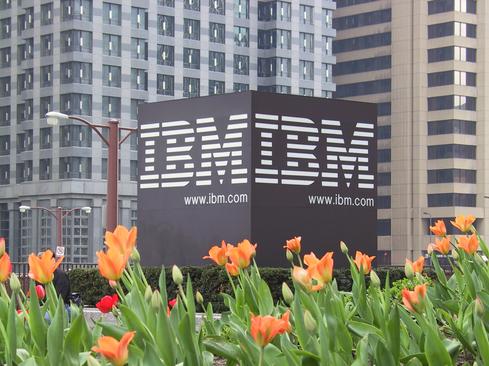 Although there's a strong legacy component, IBM claims the $1 billion figure comes into play because that's the amount it's spending to break Rational tools, WebSphere middleware, and IBM applications down into services and make them available via SoftLayer. It's also using part of that figure to acquire the database-as-a-service firm, Cloudant.

About two dozen tools and pieces of middleware are available for the beta release of BlueMix, with 150 to 200 products to become available when the cloud-enablement conversion process is done.

Much of the $1 billion will be needed to convert IBM's huge, software portfolio currently sold under the packaged and licensed model into a set of "composable services," employed by developers to become parts of new applications. Only a fraction of that portfolio is ready with BlueMix's beta launch on Feb.24. Crosby said the way IBM would have handled such an announcement in the past was to wait until it was finished converting distinct products or product sets before going public. But that's the old enterprise way of doing things.

IBM middleware will often appear through BlueMix incorporated into a predefined "pattern" created by IBM. BlueMix on SoftLayer will give developers the ability to capture a snapshot of a pattern with each application, so that it "can be deployed to 10 datacenters in an identical fashion at the click of a button," said Crosby. The capability is called "patterns," often consisting of an application, a Web server, IBM middleware, and a database service.

BlueMix will run in SoftLayer on top of the open source platform, Cloud Foundry, originally sponsored as a project by VMware. Cloud Foundry became the charge of the Pivotal subsidiary, as it was spun out of VMware and EMC. Now its organizers say they are moving the PaaS project out into its own foundation and governing board. The Apache Software Foundation, OpenStack, and other key open source code projects have followed a similar route to gain the broadest possible backing.

There are 20 million developers in the world, and three-quarters of them have yet to develop a cloud application or work with a cloud-based platform as a service, according to Evans Data, which regularly surveys developers' attitudes and skills around the world. IBM is launching BlueMix as a combination of open source code and proprietary software to capture its share of their future work in the cloud.

IBM announced in January that it was expanding the SoftLayer chain of datacenters from 13 to 40 locations around the world to give SoftLayer a competitive global reach. It is spending $1.2 billion this year on that initiative.

Charles Babcock is an editor-at-large for InformationWeek and author of Management Strategies for the Cloud Revolution, a McGraw-Hill book. He is the former editor-in-chief of Digital News, former software editor of Computerworld and former technology editor of Interactive ... View Full Bio
We welcome your comments on this topic on our social media channels, or [contact us directly] with questions about the site.
Comment  |
Email This  |
Print  |
RSS
More Insights
Webcasts
Enabling a Smooth DX Transformation in the Post-Pandemic New Tomorrow
How Secure is Your Azure Cloud Security Environment?
More Webcasts
White Papers
CyberSecurity Trends 2020
How Cybersecurity Incident Response Programs Work (and Why Some Don't)
More White Papers
Reports
An Insider's View into a Supply Chain Attack
Annual Threat Intelligence Report: Perspectives and Predictions
More Reports

IBM's deal with Cloudant will put its database service in the BlueMix, but it sounds like an odd fit given all the Power-oriented middleware described above. To what degree are Worklight (Mobile First software) and other recent middleware investments aligned with the needs of modern Mobile app and Web app developers?
Reply  |  Post Message  |  Messages List  |  Start a Board

IBM's BlueMix hinges on the future of Cloud Foundry, with its rich open source code environment. That's why IBM will be a platinum sponsor of a new Cloud Foundry Foundation, and was probably an advocate behind the scenes that governance shift out of Pivotal and into a vendor-neutral setting.
Reply  |  Post Message  |  Messages List  |  Start a Board
Editors' Choice
Hot Topics