HP has launched a Helion Rack offering that comes pre-configured with OpenStack cloud software, combined with the rich Cloud Foundry development platform. This optimized hardware package is aimed at enterprise customers looking to build out a private cloud infrastructure.

However, HP is the sole public cloud service-provider that is also a major supplier of x86 servers, giving the company a shot at shipping pre-configured servers. That would allow them to be compatible with its Helion public cloud and to plug right into the heart of the enterprise data center. Dell is an x86 server supplier, but no longer offers public cloud infrastructure.

HP's Helion cloud service became generally available May 6 and was one of the first to launch in beta, based on software from the OpenStack open source code project. HP plans to have 20 data centers around the world offering Helion cloud services by the end of 2015. 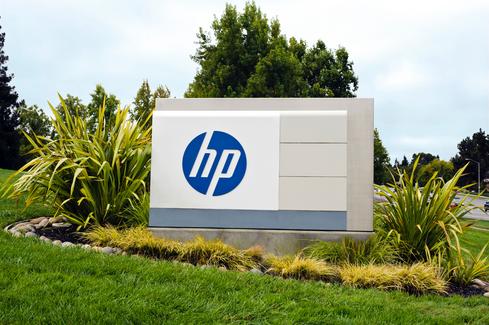 By using its expertise to fit OpenStack's many components together, HP can offer customers interested in a private cloud infrastructure a server rack that is "pre-configured, pre-tuned and pre-tested." In some cases that saves its customers from going through a lengthy, OpenStack learning curve, HP's Bill Hilf, senior vice president of product management for Helion, explained in the announcement.

HP's customers want "the flexibility and fast time-to-value" that a pre-configured OpenStack cloud can provide, while getting it based on an open and freely available code base, Hilf wrote in the March 24 announcement.

But HP is joining an already crowded field of OpenStack hardware suppliers.

Nebula boasts that its hardware package is "the fastest path to OpenStack," and is both pre-configured and made available in small packages that allow as few as three nodes to function as an OpenStack private cloud. Those three nodes are tied together by a cloud controller that can scale up to 40 nodes.

Nebula, the company announced earlier this month, is seeking to "decouple OpenStack cost from scale."

Piston Cloud Computing provides pre-configured OpenStack under Piston's CloudOS to run on the commodity hardware of the customer's choice.

"While HP has recognized some of the pain points associated with orchestrating OpenStack, it will be interesting to see if they can continue to drive down the total cost of ownership," said Piston's COO Steve Bagby, who previously worked as CTO of SimpliVity.

HP's approach of combining the recent Icehouse release of OpenStack with a cloud development platform will appeal to some enterprise customers.

A Need For Business Applications

Enterprise IT is under pressure to deliver business applications faster and has been adopting platform as a service, such Engine Yard, Heroku, Red Hat's OpenShift, and Cloud Foundry, as a way to produce next-generation applications. Getting an OpenStack cloud and Cloud Foundry bundle means HP has already dealt with the task of assembling many open-source packages that work together.

Whether the bundle has been pre-configured to everyone's liking remains to be seen. HP experts will help customers install Helion Rack and get it up and running.

It is based on standard HP ProLiant DL 360 Gen9 servers and is equipped with HP FF 5700 switching. Helion OpenStack can support up to 100 compute nodes, with each node running up to 40 virtual machines, according to the product documentation.

The version of Cloud Foundry included is the Helion Development Platform, which supports the Java, Node.js. ActivePerl, PHP, ActivePython, Ruby, Scala, Erlang, and Clojure languages, according to this HP whitepaper.

Previously touted as HP's new head of cloud computing, Marten Mickos, former CEO of Eucalyptus Systems, was absent from the announcement. He remains senior vice president and cloud general manager at HP and "is still very much involved," an HP spokesman said.

Mickos sent a message to staff Feb. 23 saying he was turning over some of his responsibilities to Hilf, Kerry Bailey in sales, and Mark Interrante in engineering, according to a GigaOm report. (GigaOm ceased publishing March 10.)

Charles Babcock is an editor-at-large for InformationWeek and author of Management Strategies for the Cloud Revolution, a McGraw-Hill book. He is the former editor-in-chief of Digital News, former software editor of Computerworld and former technology editor of Interactive ... View Full Bio
We welcome your comments on this topic on our social media channels, or [contact us directly] with questions about the site.
Comment  |
Email This  |
Print  |
RSS
More Insights
Webcasts
What We Can Learn from Sports Analytics
Strategies for Success with Digital Transformation
More Webcasts
White Papers
How to Prioritize Risk Across the Cyberattack Surface
Universal Internet Connectivity: Reality or Myth?
More White Papers
Reports
The Malware Threat Landscape
2021 Top Enterprise IT Trends
More Reports

Piston's COO Steve Bagby has a point. Will HP be able to drive down the cost of OpenStack enough to make this a widely adopted option? HP did not provide pricing, or rather dodged generating a concrete example by saying, "pricing varies by configuration." Nebula and Piston competite on OpenStack knowhow and pricing.
Reply  |  Post Message  |  Messages List  |  Start a Board

"HP did not provide pricing, or rather dodged generating a concrete example by saying, "pricing varies by configuration.""

@Charlie: I don't think that's a bad strategy. I think in the cloud industry, variable pricing is the name of the game and flat rates hardly work. The more you add, the more you pay and companies prefer keeping things this way.
Reply  |  Post Message  |  Messages List  |  Start a Board
Editors' Choice
Hot Topics

10 IT Trends to Watch for in 2021 Cynthia Harvey, Freelance Journalist, InformationWeek,  12/22/2020
White Papers
How to Prioritize Risk Across the Cyberattack Surface
Passwordless: The Future of Authentication
Cyber Threats & Trends: Jan-June 2020
Cloud Connectivity -- Your Guide to the Network
Transforming the Corporate WAN: Enterprise Network Insights