50%
Tweet
GE preps general availability of its Predix analytics platform, says managing utility output with Internet of Things data will increase an electric plant's value by $50 million over its lifespan.

GE announced at its Minds & Machines conference in San Francisco today that its Predix machine data analytics will be available to all comers at the end of the year. It has been available so far only for GE's own internal use and select GE customers.

GE Software's Predix system is designed for ingesting and analyzing data from the Internet of Things (IoT). It's meant to capture hundreds or thousands of gigabytes of data daily, then sort, cleanse, and load the data for further use. GE is using Predix to provide guarantees of operational uptime for its jet engines, wind turbines, and hydroelectric systems, among other things. By monitoring continuous streams of data from heavy industrial machinery, it can detect anomalies and predict needed maintenance before breakdowns occur.

It's Bell's job to help GE customers move from the old industrial age into the digital age. He's concentrating on electricity, oil, and gas producers, selling them on the idea of a "digital power plant" instead of a machinery-dominated one. In a digital power plant, all aspects of a power producer's business are coordinated as streams of data onto the Internet of Things, where they are analyzed and managed.

In the digital age, "a power plant behaves differently. It's optimized to generate power by responding faster to fluctuating demand. It performs more like a battery" and less like a set of machinery set to run at a steady state, Bell said. To do so, it must have up-to-the-second information about demand on the grid and projections of what it must to do to meet anticipated demand.

When GE surveys all of its customers, it sees $75 billion of value waiting to be captured through operation on the IoT. Today, hydroelectric, wind, coal, and natural gas power-generating plants are run through the institutional knowledge of their operators. Two plants with different operators will show different results in power output compared to energy consumption and pollution control, even though they may otherwise be highly similar, Bell said in an interview. 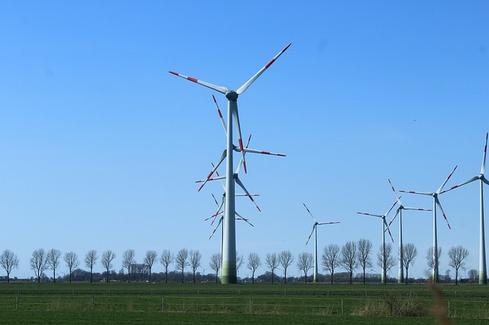 Part of the increased operational efficiency comes simply from an ability to track all phases of a plant's operation, including its fuel supply stream, through digital data feeds. Exelon, a company that is already doing so, produces electricity through a combination of wind, natural gas, and nuclear fuels and can manage all the production sources in harmony when it has all the digital information that it needs.

Bell said GE hasn't announced any pricing for the use of the Predix system as a service. It is currently used by customers on the Amazon Web Services cloud, and GE is planning to make it available in a series of GE-managed locations in Equinix data centers and colocation centers early in 2016. Predix customers will be able to choose the location closest to their data-generation source to minimize latencies associated with distance.

In the future, good management won't solely be about efficient power plant operation, but also connecting the plant's output to the state of the grid. It will offer power via a bidding process when needed by the grid, which means it must have ties between the plant and all the assets required to keep it running, Bell said.

@ITKat I would say you are right, as technology this days is create never ending process of updates and upgrades...
Reply  |  Post Message  |  Messages List  |  Start a Board

I think this is the best reason to push IoT in this industry.  Loads shift constantly even without supplemental systems like solar or wind.  An unexpectedly cold or warm day can do as much to shift demand as another power source coming on line.  Hopefully this means better blends of power generation and less waste.
Reply  |  Post Message  |  Messages List  |  Start a Board

In example given of the two operators, the constraint is skill, equipment readiness and rules that dictate the response (with exception of emergency underfrequency auto regulation), not the grid. Software is great step, rules/incentuves need big changes as usual.
Reply  |  Post Message  |  Messages List  |  Start a Board

Deciding what gets shared and who owns what data will mean a busy, happy time for lobbyists, lawyers and regulators.

>> Two plants with different operators will show different results in power output compared to energy consumption and pollution control, even though they may otherwise be highly similar

Well, that will always be the case, with or without the IOT, but I see GE's point. Undoubtedly, GE will have some of the best people in the world pouring over the petabytes of data a power plant will generate, which will make for better performance now and better plants in the future.

The smart grid of the future will have to make moment-by-moment decisions based on factors like sunshine in Arizona, wind in Kansas, the spot price for natural gas in NJ and demand for air conditioning in the South. GE's Predix is great early step.
Reply  |  Post Message  |  Messages List  |  Start a Board

But will they all share freely, or will some want to keep the advantage of some data to themselves?
Reply  |  Post Message  |  Messages List  |  Start a Board

"In the future, good management won't solely be about efficient power plant operation, but also connecting the plant's output to the state of the grid."

I think this may be a major development in the area of industrial management. What it will lead to is greater collaboration in the industry and best practices to be shared. Further, it will give a chance to study data in more detail as every company will be uploading it on the cloud and sharing it.
Reply  |  Post Message  |  Messages List  |  Start a Board
Editors' Choice
Hot Topics