Claire wants to help companies launch more successful products, so it offers an online testing service based on Facebook Messenger and chatbots. Here's how it won praise at Dreamforce 2016.

9 Tools To Help You Build A Better Bot
(Click image for larger view and slideshow.)

Youthful, curly-headed Misha Laskin was the top data science student in his class at the University of Chicago, according to Marta Jamrozik, the cofounder of their startup product-testing company Claire.

Jamrozik is a graduate of the Stanford School of Business, former associate consultant at the IT consulting firm Bain & Co., and former global strategy manager for Mondelez International, which makes several well known snack brands (like Nabisco) and other foods.

In April 2015, Jamrozik left Mondelez with an idea for a new business based on Facebook's messaging service -- Facebook Messenger. In December she and Laskin, who met each other on an online dating site, founded Claire product testing. 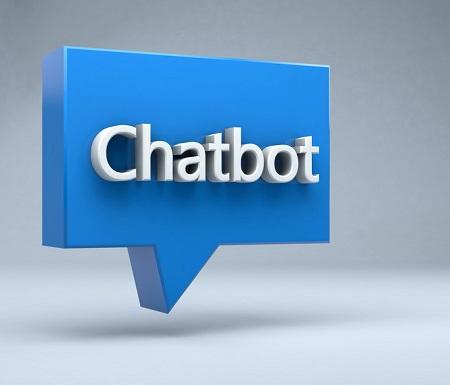 As participants in the digital economy, they used chatbots delivered through Facebook Messenger to engage with target customers and discern their reactions to products. They were not going to be product surveyors. Rather, they were going to formulate games and quizzes that got customers interested in a specific product, then captured their responses.

The pair appeared on stage Oct. 4 at Dreamforce, the annual customer event staged by Salesforce, in San Francisco. They were competing for investment funds with two other startups by making their business idea pitch before three judges. The prize was $150,000 in exchange for a four-minute presentation, which the two pulled off with aplomb, switching back and forth smoothly onstage in their company narrative.

The Claire founders were the unanimous choice of the judges and walked off with the bulk of the money at the end of the hour-long contest.

Laskin and Jamrozik appeared at Dreamforce because they built their company on Heroku, a platform-as-a-service (PaaS) owned by Salesforce. The other contestants in the DreamPitch event were also users of part or multiple parts of the Salesforce platform. Six thousand attendees watched in the West Hall of the Moscone Center as three startups vied both for funds and a place in Salesforce's new startup incubator.

Laskin and Jamrozik wanted that incubator space because they have pushed their company past breakeven, while sleeping on futons in relatives homes, according to this account on FashionIsYourBusiness.com.

They had become "ramen profitable," they told the DreamPitch judges. They were making enough money for the two of them to live on a slender budget. What they wanted to do now was leverage Claire into a much larger business, and that meant hiring account managers to deal with their customers as they continued to develop the bot-based testing service.

Chatbots, of course, are those pop-up chat figures that engage a site visitor in a conversation of sorts. When backed by a set of guiding rules or artificial intelligence, these bots let one customer response define the next question that should be asked, and elicit volunteered information from the customer.

On Claire, customers view two images of apparel or a home product and are presented with a series of buttons. One of the buttons comes closest to their choice of response to the images, and marketing information is gleaned from the responses.

Laskin told the judges that their system wasn't sophisticated enough yet to invoke artificial intelligence and specifically waived the possibility of using natural language processing as "a little too early to use" in their product tests. But he didn't rule AI out of Claire's future.

On the contrary -- with their winnings and new employees, Laskin and Jamrozik will be spending more time on development.

Already, the chatbots they launch via Facebook Messenger result in an engagement and completion rate than is 10 times higher than an attempted survey, with results that are five times more accurate, said Jamrozik.

Claire charges $150 to $250 per product tested, and limits the work it is willing to take on to apparel, home products, formulating games, or A/B style testing, where a viewer is showed two different views of an article of clothing and decides which one is most stylish.

The judges that picked out Claire included Chris Sacca, the founder of the Lowercase Capital venture firm, which was an early investor in Uber, Twitter, and Instagram. He was joined by Mark Cuban, owner of the Dallas Mavericks; Shahrzad Rafati, founder and CEO of BroadbandTV; and will.i.am, front man for the Black Eyed Peas.

Shahrzad advised the Clair founders to look for a way to increase their prices for the service they deliver. If they were really getting the response rates cited, they should be able to earn more, she said.

The judges also liked CRM Manager, a startup using the Salesforce CRM platform to analyze CRM data, and Steve Jacobson's Appinium, which added video to the data and presentations that can be mounted on the Salesforce platform. But they were tough on Tal Frankfurt, CRM Manager's CEO. He started out his four-minute pitch with a description of the size of the CRM market, which had the judges yawning.

"Every pitch needs to attach a narrative to a true problem you're trying to solve and [explain] why you're doing it better than everybody else," Sacca instructed Frankfurt at the end of the contest. "There's no need to waste time citing meaningless statistics or using buzzwords from Gartner reports."

As Frankfurt left the stage, he mopped his brow in a gesture of relief, apparently pleased to be off the hot seat.

Sacca continued, "When you walk up on a stage like this, you've got three blinks before everybody checks out. The decision-maker on the other end is still a human being with a spouse, kids, who likes music and movies, so start with something they can literally attach to," he advised the contestants.

Sacca claimed he had last read an analyst report in 1999 and ended his advice with the comment, "Gartner, are they still around?"

Charles Babcock is an editor-at-large for InformationWeek and author of Management Strategies for the Cloud Revolution, a McGraw-Hill book. He is the former editor-in-chief of Digital News, former software editor of Computerworld and former technology editor of Interactive ... View Full Bio
We welcome your comments on this topic on our social media channels, or [contact us directly] with questions about the site.
Comment  |
Email This  |
Print  |
RSS
More Insights
Webcasts
Protecting Your Enterprise's Intellectual Property
Building the SOC of the Future: Next-Generation Security Operations
More Webcasts
White Papers
From MFA to Zero Trust
The 2020 Duo Security Trusted Access Report
More White Papers
Reports
The Malware Threat Landscape
Special Report: Understanding Your Cyber Attackers
More Reports