CenturyLink, a telco cloud service supplier, is capitalizing on its acquisition of Tier3 to better compete with Amazon, Microsoft, and Google in the race to attract developers. Developer activity tends to produce repeat cloud business. Some would even say vendors must attract developers or die.

EngineYard, Heroku, Amazon Web Services, Microsoft, and Google have already demonstrated their chops in platform-as-a-service. Now CenturyLink is making it easy to launch a version of the Cloud Foundry developer's platform on its CenturyLink Cloud.

CenturyLink now supports Bosh, open-source software that makes it simpler to deploy Cloud Foundry, PaaS sponsored by VMware. Bosh is another open-source project that grew out of the original Cloud Foundry effort; it's sponsored by Pivotal, the spinoff from VMware and EMC. Tier3 supported Cloud Foundry implementation using Bosh on its provisioning site before it was acquired by CenturyLink in November; now CenturyLink is doing the same thing. It can provide a copy of the Bosh command line, familiar to its users, in its Micro-Bosh server, which in turn will deploy a ready-to-go version of Cloud Foundry. One restriction: the Micro-Bosh server works only with Ubuntu Linux.

Bosh agents can go out to the Cloud Foundry project site and grab components that can be configured together. Once assembled, the development platform can be deployed by Bosh to Amazon Web Services' EC2, an OpenStack cloud, or a VMware vCloud or vSphere environment, said Jared Wray, former CTO of Tier3 and now CTO of CenturyLink's cloud unit. 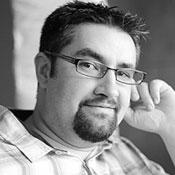 Wray started Iron Foundry, an effort within Cloud Foundry to bring Microsoft's .Net technologies into the open-source project. It initially focused on open source languages, such as Ruby and PHP. Wray and Tier3 are regarded as having the developer insights needed for a successful Cloud Foundry deployment. Support for Bosh in CenturyLink Cloud is in beta, with full support to follow later this year.

Iron Foundry became the second largest project (other than Cloud Foundry itself) as the PaaS software was developed. Cloud Foundry "is still a young product. But because of our roots around Cloud Foundry, a lot of customers see us as experts in implementing it," Wray said in an interview.

There is no charge to use the beta version of Micro-Bosh on CenturyLink Cloud. Wray said its use will lead to more cloud applications and likely more workload deployments on CenturyLink.

CenturyLink charges 11 cents per hour for a virtual server with a CPU with up to 2 GHz of processing power and up to 128 GB of RAM; disk storage and networking are extra.

We welcome your comments on this topic on our social media channels, or [contact us directly] with questions about the site.
Comment  |
Email This  |
Print  |
RSS
More Insights
Webcasts
The Failures of Static DLP and How to Protect Against Tomorrow's Email Breaches
Building the SOC of the Future: Next-Generation Security Operations
More Webcasts
White Papers
Cloud Connectivity -- Your Guide to the Network
Seven recommendations for a Successful SD-WAN Strategy
More White Papers
Reports
The State of Threat Detection and Response
Email Security Threat Report 2020
More Reports

CenturyLink recently announced that they are deploying RedHat's OpenShift PaaS on premise. An interesting choice given their recent acquistions of Tier3 and Appfog. As CenturyLink's John Liptak, principal architect, puts it "Red Hat's open source technologies allowed us to solve problems with a real understanding of what is available to us rather than just taking a vendor's sales pitch."

For cloud computing era, as a cloud service provider the most important thing is to attrack more developers and partners instead of working in your own silo. The ecosystem is much more important compared to technology itself. You need to have a healthy ecosystem composed of developers, partners and the representative from user community. Ohterwise, your cloud offerings may not survive for long.
Reply  |  Post Message  |  Messages List  |  Start a Board

Why would anyone need this if Cloud Foundry is available as a public cloud service, on Amazon Web Services to be exact? A spokesman for Pivotal tells me, "The majority of development on Cloud Foundry today is happening in a company's private infrastructure. Although we have not released exact numbers to date, we know that in terms of subscribers we have roughly a 70% - 30% split; 70% on-premise, and 30% in public cloud." Any one using Cloud Foundry on premises who's interested in a Bosh assist?
Reply  |  Post Message  |  Messages List  |  Start a Board
Editors' Choice
Hot Topics