Pac-12 Networks has expanded its partnership with public cloud provider AWS as part of its ongoing mission to engage with and best serve Pac-12 fans.

Watching sports on television today is a totally different experience than what it was 6 years ago. From hours and hours of video that is now available on demand to the personalized advertisements that can be delivered to viewers, technology has updated and improved the experience of sports fans across the US.

That's also true for Pac-12 Networks, the TV and multimedia company that provides live coverage of 850 sporting events for schools in the Pac-12 Conference of universities. Those events include the usual football and basketball, plus traditionally under-served women's sports and Olympic sports. The company is wholly owned by the schools it serves and incorporates one national and six regional television networks. 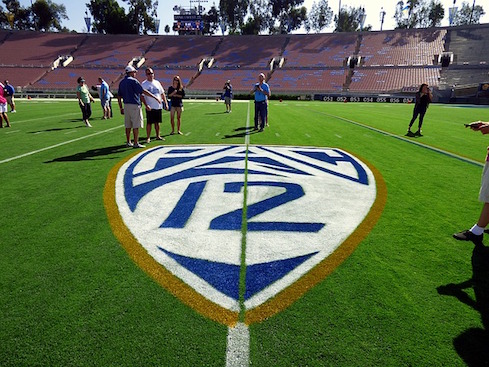 How do you store and provide all that on-demand and live content with so many modern capabilities, all while keeping costs contained? For Pac-12 Networks, the answer has meant an expansion of its public cloud footprint, specifically with Amazon Web Services. Pac-12 recently announced a big expansion of its partnership with AWS. But it wasn't always that way.

Mark Kramer, VP of Engineering and Technology at Pac-12 told InformationWeek in an interview that the days of housing all the infrastructure in an on-premises proprietary data closet are over.

"What we are seeing now is much more software-driven," he said. The public cloud has helped Pac-12 Networks focus on a higher-level strategy rather than spending its resources on the infrastructure needed to support that strategy.

"We've changed our content production and strategy to focus on digital first," he said. "TV used to be made by doing content for TV and then making bits of it available for digital. Now we are creating a lot for digital that eventually makes it onto TV. That requires us to think differently about technology."

For instance, Pac-12 Networks had a limited storage capacity when it was operating primarily on-premises. But now its capacity can be so much more expansive given the elasticity of the cloud. Kramer said that his company started using AWS S3 and Glacier Services as its archive. That has expanded the video-on-demand capacity and capability to hundreds of games that fans can watch at any time.

To be able to do that with just on-premises capacity, Pac-12 Networks would have had to make a huge investment up front. Instead, the company avoided that gigantic overhead expense and is able to focus on innovating its services instead.

For instance, the company launched a new capability right before the football season started. It enables dynamic ad insertion into its streaming content. An integration with another system allows the network to know how long an ad break will last. Then an ad or ads of the correct length can be inserted, Kramer said. In addition, those ads are customized based on the content the viewer is watching. The ad serving is powered by AWS Elemental Media.

"It's a great revenue opportunity for us," Kramer said. While today's ad customization is based on what the viewer is watching, in the future, Pac-12 could find better ways to target more effective ads to people, according to Kramer.

But today Pac-12's machine learning and AI development efforts are aimed at another fan-pleaser -- creating the capability to identify or clip game highlights.

"You could get a view of every single touchdown for a game," Kramer said. "We are scaling our ability to be able to deliver incredible content to our fans. It's the next frontier for television."

Jessica Davis is a Senior Editor at InformationWeek. She covers enterprise IT leadership, careers, artificial intelligence, data and analytics, and enterprise software. She has spent a career covering the intersection of business and technology. Follow her on twitter: ... View Full Bio
We welcome your comments on this topic on our social media channels, or [contact us directly] with questions about the site.
Comment  |
Email This  |
Print  |
RSS
More Insights
Webcasts
People Are The Most Important Part of Autonomous SOC
Hybrid Cloud: The Great Balancing Act
More Webcasts
White Papers
Why Add Security to Your Skill Set and How to Do It
2021 SANS Cyber Threat Intelligence Survey
More White Papers
Reports
Intelligent Outcomes Are Key to Business Resilience
The Malware Threat Landscape
More Reports

11 Ways DevOps Is Evolving Lisa Morgan, Freelance Writer,  2/18/2021
White Papers
Why Add Security to Your Skill Set and How to Do It
Accelerate Threat Resolutions with DNS
Protection Strategies for a Cyber-Resilient Organization
Are We Cyber-Resilient? The Key Question Every Organization Must Answer
451 Cloud Confidence Report