Microsoft continued its string of strategic announcements at its Worldwide Partners Conference in Orlando, Fla., this week with fresh details about the upcoming Cortana Analytics Suite (CAS), which company executives promised to deliver this fall.

This was more than a product announcement. It was a glimpse into the roadmap that Microsoft is using to reinvent itself and become relevant once more to enterprise computing.

Azure-backed CAS works with both the structured data found in databases and the unstructured data of Internet of Things situations and log files. The Power BI tools that Microsoft has previously detailed for dashboard and visualizations have been fused with the predictive Microsoft machine learning (ML) software, as well as the Cortana voice interface that will be present in Windows 10.

Other Microsoft tools such as Azure Stream Analytics and Azure Data Lake will interface and interact with CAS. 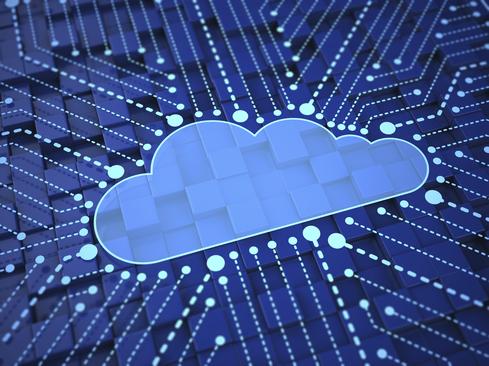 CAS is truly a suite of tools, not just one tool writ large for the cloud. In many ways it resembles the approach that IBM is taking with Watson Analytics. Each of the individual components will be available as standalone product if the entire CAS sausage is not required.

App access to the underlying features of CAS is possible with the APIs that Microsoft has developed. These include a customer churn API, recommendations API for catalogs, and text analysis for English. There are also compute-intensive APIs like Face for recognition of facial features, speech APIs to allow speech-driven actions, and vision APIs for image recognition. These kinds of APIs enable user interaction to occur in other modalities than typing on a keyboard.

These APIs seem to be an outgrowth of Microsoft's Project Oxford on APIs.

Microsoft's collaboration suite (Project GigJam), which is still under development, will also use CAS as a backend processor. GigJam tries to avoid using specific apps for specific processes by creating an integrated workflow.

Built by Microsoft's Ambient Computing Group, which reports directly to Nadella, GigJam has been under development for the last two years. Nadella worked on it before becoming CEO.

"Exceptions constantly happen, and business processes aren't designed for it," she said. "When the exception steps outside the business process, it's all human [interaction]." CAS will allow easier human interaction for GigJam.

Pricing and licensing information for CAS was not available as of July 13 announcement. It remains to be seen if Microsoft will encourage adoption of CAS with aggressive pricing.

Larry Loeb has written for many of the last century's major "dead tree" computer magazines, having been, among other things, a consulting editor for BYTE magazine and senior editor for the launch of WebWeek. He has written a book on the Secure Electronic Transaction Internet ... View Full Bio
We welcome your comments on this topic on our social media channels, or [contact us directly] with questions about the site.
Comment  |
Email This  |
Print  |
RSS
More Insights
Webcasts
Making XDR Work in Your Enterprise - May 12
Data Center Network Operations (NetOps) Reimagined
More Webcasts
White Papers
Managed Threat Detection and Response
Cisco Threat Response
More White Papers
Reports
Intelligent Outcomes Are Key to Business Resilience
Gartner Market Guide for Insider Risk Management Solutions
More Reports

Indeed, the promise of Big Data is just a promise unless we have a tool that makes it useful.

Cortana analytics may be the first instatiation of such a tool.
Reply  |  Post Message  |  Messages List  |  Start a Board

Letting the enterprise create those user-facing tools is just what Microsoft hopes for.

It's the enterprise they are after here, not the user.
Reply  |  Post Message  |  Messages List  |  Start a Board

No one but Microsoft (so far) has these kinds of tools out there.

They are not directly user-facing, but will allow the creation of user-facing things that can use Big Data for the first time. And that is significant.
Reply  |  Post Message  |  Messages List  |  Start a Board
InformationWeek Is Getting an Upgrade!