Microsoft is dropping $320 million to purchase Adallom, a cloud security specialist that has offices in Tel Aviv and Palo Alto.

While neither company has commented on the supposed acquisition, the Journal quoted two sources familiar with the situation acknowledging Microsoft had signed a letter of intent for $320 million to purchase the company, making it Microsoft's largest-ever acquisition in Israel.

"According to the people familiar with the matter, Adallom, which employs 90 people world-wide, will continue to operate from Israel, building up Microsoft's cybersecurity-focused operations in the country," the Journal article stated. 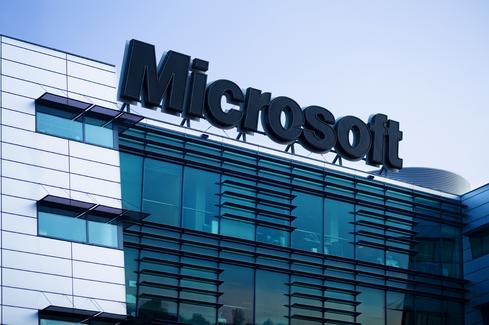 The July 20 acquisition of Adallom is the latest in a string of purchases of Israeli tech companies by Microsoft over the course of the last several months. Many of these buys have focused on enhancing the security of Microsoft's products, especially cloud-based technologies.

It should come as no surprise that Microsoft is now even more interested in protecting its cloud products, especially after the company laid out its vision for the next year, which places most of the emphasis on cloud computing, as well as Windows 10, which is slated for release on July 29.

These acquisitions began with security specialist Aorato in 2014.

Aorato's technology uses machine learning to detect suspicious activity on a company's network by understanding what normal behavior is, and then identifying anomalies so that a company can see suspicious behavior and take appropriate measures to help protect it.

The key to Aorato's approach is the Organizational Security Graph, a view of all of the people and machines accessing an organization's Windows Server Active Directory (AD).

The platform is used by a wide variety of organizations to store user identities and administer access to critical business applications and systems.

[Read about how spam levels are dropping.]

Earlier this year, Microsoft snapped up Equivio, a provider of machine learning technologies for e-discovery and information governance.

A month later Microsoft bought N-trig, the Israeli company that thought up the pen that accompanies the Surface Pro 3 tablet.

In the age of the Internet of Things, data security has become a major focus point, as consumers and businesses express desire for access to information but face mounting security concerns.

According to a new survey from MasterCard, a majority (77%) of the 1,000 consumers surveyed said they are anxious about their financial information and social security numbers being stolen or compromised.

This fear runs so deep that consumers are less concerned about having their e-mail hacked (62%) or their home robbed (59%).

Nathan Eddy is a freelance writer for InformationWeek. He has written for Popular Mechanics, Sales & Marketing Management Magazine, FierceMarkets, and CRN, among others. In 2012 he made his first documentary film, The Absent Column. He currently lives in Berlin. View Full Bio
We welcome your comments on this topic on our social media channels, or [contact us directly] with questions about the site.
Comment  |
Email This  |
Print  |
RSS
More Insights
Webcasts
Zero Trust for a Work-From Home World
Detecting and Preventing Insider Data Leaks
More Webcasts
White Papers
Why Add Security to Your Skill Set and How to Do It
Sunburst: Impact and Timeline
More White Papers
Reports
Improving Security by Moving Beyond VPN
The Malware Threat Landscape
More Reports

According to that WSJ article, Adallom has some pretty impressive names on its client list, which includes,SAP SE, LinkedIn Corp. and NetflixInc.
Reply  |  Post Message  |  Messages List  |  Start a Board
Editors' Choice
Hot Topics