A blockchain software-as-a-service platform expands to another cloud service, showing opportunity for such networks.

As blockchain ramps up in usage and relevance, Steve Cerveny, Kaleido CEO and co-founder, says there are more opportunities for the technology in the making. “To accomplish a true enterprise blockchain project, we need to stop just thinking about chain and think about the whole solution,” he says.

How Blockchain Fits into the Enterprise Cloud Equation

Enterprises that see fragmentation in their operations can especially benefit from blockchain, says Kaleido COO and co-founder of Sophia Lopez, for faster and cheaper optimization of existing processes. With blockchain maturing, she says, industry stakeholders have come together on key use cases and comparable pain points they want to resolve. Those pain points may have developed over decades. “A lot of these systems have been built out for core business processes for 10, 20, or 30 years,” Lopez says. 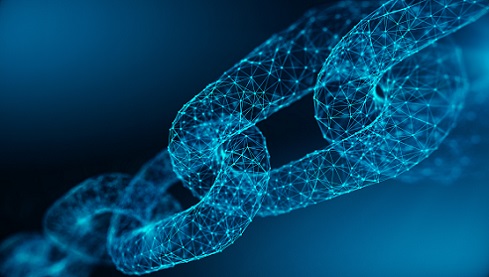 The rise of blockchain technology in the cloud is all part of a shift towards decentralization that is underway across many industries, according to Mike Walker, senior director of applied innovation at Microsoft. “Business models are fundamentally changing,” he says. “More and more decentralization, distribution across different business models, and breaking up central chokepoints in businesses.”

Walker says the technology is enabling activity at the edge to allow for increased peer-to-peer activity. For example, the market is seeing business models emerge that allow for the crowdsourcing of home loans. “Every industry is being impacted by this new style of doing business,” Walker says. “Blockchain coming to the fore is the key enabler to support the demand in the market for such business models.”

Even manufacturing and maintenance can see some benefit from blockchain platforms. Walker says Air New Zealand entered into partnership with Moog, a maker of precision motion control products, to create a blockchain consortium around predicting when airplane engine parts would become faulty. He says this type of system could trigger an automated supply chain to ship or even 3D print parts to shorten the time for service and repairs.

For its part, Microsoft got in on the blockchain scene to better fend off would-be new competitors that already used blockchain since their inception. “This is a foundational piece of how we do business with our partners where trust is critical,” Walker says. “That applies to every business.”

He cites video games with Microsoft’s Xbox team as an example. “How we handle royalty payments back to game publishers and individual developers—we’ve now put that on a blockchain architecture,” Walker says. “We’ve effectively cut our operational costs [in this instance] in half as a result of this technology.” 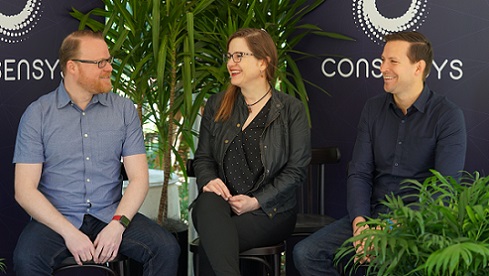 Kaleido initially launched its blockchain business cloud last May with a collaboration with AWS. The latest integration, with Microsoft Azure, is expected to allow for a wider range of enterprises that want to build blockchain systems in the cloud. It also lets those enterprises remain interoperable with other members of a network.

“Blockchain is a fundamental technology like AI and IoT [Internet of things] that has applications across all major industries,” says Cerveny, Inside the Kaleido marketplace, he says, there are tools that enterprises can use to reimagine their collaborations across business-to-business networks. For example, organizations could automate legal contracts in real-time via blockchain technology as they conduct business. Kaleido says it lets enterprises stand up live blockchain networks without requiring custom solutions developed from scratch.

Tightening Up Operations Through Blockchain

There is an expectation that a business blockchain platform can help eliminate some of the inefficiencies that can arise from legacy systems. For instance, Lopez says that if enterprises have separate systems of record that are maintained in a siloed fashion, it can lead to issues with reconciliation of data. Use of blockchain technology in the cloud can clear such issues up by keeping involved parties on the same page. Lopez says blockchain consortiums can come together to test out a use case, rapidly scale up, and onboard new members. “In order to move quickly and eliminate friction, you have to recognize these players who all come with their own IP preferences,” she says.

By adding Microsoft Azure to its partnerships, Kaleido is chipping away at a possible impediment to enterprise blockchain adoption. Different stakeholders may have existing relationships with cloud vendors and that diversity needs to be considered, Lopez says. “Blockchain networks is where you can see the value of the technology coming together doing shared IT,” she says, “with one copy of the shared data among all participants.” Lopez says there are growing uses for blockchain in many sectors including manufacturing, energy and utilities, industrial products, healthcare, government, and retail.

There may be rethinking of business-to-business relationships to come because of blockchain, Walker says, especially as the cloud grows. “We see the number of consortiums double year after year,” he says. “Those consortiums are a vital part of evolution of the blockchain.”

Joao-Pierre S. Ruth has spent his career immersed in business and technology journalism first covering local industries in New Jersey, later as the New York editor for Xconomy delving into the city's tech startup community, and then as a freelancer for such outlets as ... View Full Bio
We welcome your comments on this topic on our social media channels, or [contact us directly] with questions about the site.
Comment  |
Email This  |
Print  |
RSS
More Insights
Webcasts
Securing and Monitoring Networks in the 'New Normal'
What We Can Learn from Sports Analytics
More Webcasts
White Papers
Improving Your Enterprise's Protection With Cyber Resilience
The Trouble with Phishing
More White Papers
Reports
The State of Threat Detection and Response
DNS Network Traffic Volumes During the 2020 Pandemic
More Reports