What Can IT Professionals Learn From New AWS VP? - InformationWeek

In October, Adrian Cockcroft became VP of cloud architecture at Amazon Web Services (AWS). His career, which includes a long stint at Sun Microsystems and groundbreaking infrastructure work at Netflix, offers a range of lessons for IT professionals looking to fine-tune their own career goals in an era of digital transformation.

AWS Cost Management: 6 Tools IT Can Use
(Click image for larger view and slideshow.)

When it was my job to introduce Adrian Cockcroft onstage at the 2014 InformationWeek Conference, I asked him whether he preferred his surname pronounced the way it's spelled, or the way recording artist Bruce Cockburn ("Co-burn") prefers.

Pronounce it the way it's spelled, he replied, adding, "It means chicken farmer." Croft is the old Scottish word for farm, and crofter is farmer. In October, the chicken farmers in his lineage faded a little further into the background as Cockcroft became VP of architecture at Amazon Web Services.

Cockcroft has had a distinguished career in supplying IT with the technology it needs at the time it needs it. His moves have closely tracked the leading edge developments that have affected enterprise computing for at least the past decade, which makes him a man to watch as he continues to influence where the cloud is headed.

So, what can IT professionals take away from studying his career trajectory? For starters, his early work in fine-tuning high-performance servers is a skill that remains in demand and presents an important asset in any career portfolio. Cockcroft's focus on cloud management is also an area many IT professionals could benefit from exploring. In addition, his embrace of DevOps sets an example for all IT pros charged with helping their companies through digital transformation. 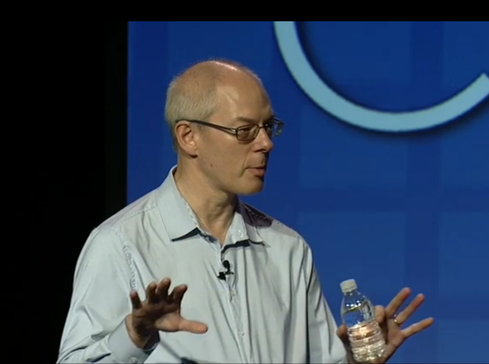 Adrian Cockcroft during his presentation at the 2014 InformationWeek Elite 100 Conference.

Cockcroft became an expert as a distinguished engineer in fine-tuning high performance servers while he was at Sun Microsystems. The skill remains in demand as more companies rely on big data systems to provide crucial business feedback and direction.

It was also a skill that served him well when he was called on to assess the performance of servers in the Amazon Web Services cloud while he was at Netflix. He and his team produced some of the first customer-management techniques for large cloud servers. During his tenure at Netflix, the firm initiated its first open source projects that shared cloud-management tools and metrics with other IT staffs.

Cockcroft was an advocate at Netflix -- and as a speaker at conferences training the developer staff in rapid application development and the ability to make frequently updates. IT was going to have to adapt to business needs at an accelerated pace, he said, and be able to constantly evolve the company’s products and services. He was an experienced practitioner of the central tenets of DevOps, and made Netflix the poster child for transitioning a business into the digital age.

"Adrian is one of the most brilliant people with whom I've had the pleasure of collaborating ... He can become an expert in any field within weeks and this gives him a capability for breadth that is remarkable ..." Eric Billingsley, director of internet services operations at Apple, noted on Cockcroft's LinkedIn profile.

"He brings a positive attitude, combined with a sense of curiosity and intense concentration that leads to interesting and elegant solutions," Billingsley continued.

Ccockcroft is the former cloud architect for Netflix, having led its change in infrastructure from physical content provider to leader of data streaming over the internet. Cockcroft first aired the fact that Netflix was in the process of leaving its data centers behind and moving into the Amazon cloud during a presentation in 2011 at the Cloud Connect conference in Santa Clara, Calif.

There, he flashed on the screen a large explosion from an action movie. That's what Netflix was doing with its data centers, he said at the time, capturing everyone's attention.

"Adrian is always up for a chat in the hallway on any topic, from cars to DNS to thermostats to DNA. He makes me laugh -- and think -- at the same time," Chris Fregly, research scientist at PipelineIO and a former colleague of Cockcroft's at Netflix, commented on Cockcroft's LinkedIn profile.

[Want to see how Cockcroft understood cloud as a disruptive force? Read Netflix Cloud Architect: How to Succeed as Disruptor.]

Cockcroft appears to be conversant in every trend affecting modern IT. He was a distinguished engineer and director of Web engineering at eBay Research Labs. He holds a patent from that period (with his co-inventors) for a "Peer to peer trading platform with relative reputation-based item search and buddy rating."

He was a distinguished engineer at Sun Microsystems from 1988 to 2004, and co-authored two editions of the book Sun Performance and Tuning (Prentice Hall, 1998).

He was also the technical lead during the time Sun came up with its Blueprints approach to Solaris systems, providing guidance on best practices configurations for software stacks on powerful Solaris servers. He authored two Sun Blueprint Books.

Cockcroft holds a second patent from this period on a system for calibrating headroom margin, or calculating the performance of a set of computing resources, minus the safety margin needed to ensure good response times.

He appeared to start out modestly enough as a software engineer at Cambridge Consultants in 1982 working on real-time embedded signal processing and control systems. He also took on a part-time role there as the UNIX system administrator, and was the firm's primary contact with Sun from 1984 to 1988.

It was at Netflix where all of Cockcroft's previous training and experience appeared to gel in the right place at the right time. Netflix needed to make a transition from the analog age into the digital era. The more it succeeded in doing so, the faster it would have to build data centers, one after the other.

Cockcroft came up with an alternative approach, planning the phase-out of Netflix data centers and the data's move into the cloud. In the process, he became a public spokesman for the reasons to move into the public cloud and ways to manage the process. An active blogger, he came up with several terms that have entered the cloud lexicon, including how to deal with "noisy neighbors" on a multi-tenant server and how to test your cloud infrastructure with the tool Chaos Monkey. 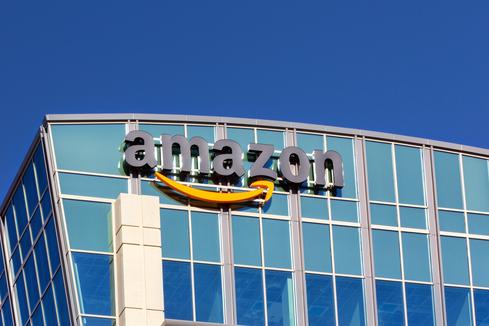 That journey was deemed to be over on Aug. 18, 2015. When it began has a less certain date, but it apparently preceded Amazon's decision to bring EC2 out of its beta stage and make it a commercially supported service in 2009. By 2011, Cockcroft was explaining the move at the United Business Media conference Cloud Connect, in Santa Clara, Calif. (UBM is InformationWeek's parent company.)

Cockcroft became a prominent speaker as the cloud era got underway and was recruited from Netflix to join Battery Ventures as a technology fellow. As Deborah Gage explained in The Wall Street Journal on Jan. 7, 2014, Cockcroft no longer needed to implement new technology. He would prove valuable "advising cloud startups in which Battery wished to invest."

Likewise, BusinessWeek's Ashley Vance, on Jan. 7, 2014, quoted Mike Dauber, a principal at Battery Ventures, as saying: "We have a portfolio of companies that struggle with scaling up, and there are problems that we see over and over again. Adrian is one of the best people to answer those questions."

Now he'll be answering those questions once again, but he'll be inside the largest implementer and cloud service practitioner, AWS. It's likely that his knowledge of capacity management and performance tuning -- along with his keen understanding of customer needs -- will be put to use at AWS to engineer the next round of cloud services that will focus on meeting the requirements of enterprise IT.

Cockcroft earned a bachelor of science in applied physics and electronics from the City University of London, according to his profile on LinkedIn.

Charles Babcock is an editor-at-large for InformationWeek and author of Management Strategies for the Cloud Revolution, a McGraw-Hill book. He is the former editor-in-chief of Digital News, former software editor of Computerworld and former technology editor of Interactive ... View Full Bio
We welcome your comments on this topic on our social media channels, or [contact us directly] with questions about the site.
Comment  |
Email This  |
Print  |
RSS
More Insights
Webcasts
Protecting Your Enterprise's Intellectual Property
Building the SOC of the Future: Next-Generation Security Operations
More Webcasts
White Papers
Centralized Security Policy Management Across Hybrid Cloud Environments Should be an Obvious Strategy
2020 SANS Enterprise Cloud Incident Response Survey
More White Papers
Reports
Special Report: Understanding Your Cyber Attackers
DNS Network Traffic Volumes During the 2020 Pandemic
More Reports

Chaos Monkey was designed to randomly shut down virtual servers without warning. From a Netflix blog by engineers Cory Bennett and Ariel Tseitin on July 30, 2012: "Over the last year, Chaos Monkey has terminated over 65,000 instances running in our production and testing environments. Most of the time nobody notices, but we continue to find surprises caused by Chaos Monkey which allows us to isolate and resolve them so they don't happen again." Netflix also has Chaos Gorilla, a test that assumes the loss of an entire AWS availability zone, and Janitor Monkey, a tool for keeping your virtual cloud environment neat and tidy.
Reply  |  Post Message  |  Messages List  |  Start a Board
Editors' Choice
Hot Topics