VMware is delivering a major upgrade to its core data center virtualization software, and it's trying to help in-house data centers be more nimble, open, and connected to cloud services. One key element: With vSphere 6, companies will be able to move live virtual machines between data centers as far as 3,000 miles apart.

The new capability, known as Long Distance vMotion, promises to move a running machine from, say, New York to London, with no visible downtime to end-users. The capability means that if another Hurricane Hugo, Katrina, or Sandy appears off the coast, VMware users in its path could shift their workloads to another data center out of harm's way. VMware can't yet enable that kind of live migration to a public cloud service; it's working on allowing such movement to VMware's own vCloud Air public cloud.

Transferring such running virtual workloads across data centers used to be verboten. With a great deal of engineering, IT teams could try moving VMs between data centers using vSphere 5.5, but given the moving parts involved many felt the reward wasn't worth the risk.

"If you run a data center on the Gulf of Mexico, and there's a hurricane coming, now you can practice disaster avoidance," instead of disaster recovery, said Mark Chuang, senior director of product marketing for VMware's Software-Defined Data Center business unit, in an interview.

The technical challenge lies in the vCenter management console synchronizing the shutdown of one virtual machine and startup of its replacement; that becomes more difficult if data takes longer than 100 milliseconds for data to travel round-trip between them. However, most enterprise networks have adequate bandwidth to do a round trip from the US East Coast to West Coast, or the East Coast to London, in one-tenth of a second.

VMotion is mainly still used to move virtual machines around within a single data center. The long-distance version can now power moving them between scattered corporate data centers.

VMware's vSphere 6 shows the vendor building new links to the cloud along with other enhancements that augment what can be done in the virtualized data center, including a new connection with the open-source, cloud management software, OpenStack. Historically, VMware has moved so fast that it's been difficult for competitors, including Microsoft, Citrix Systems, and Red Hat to catch up inside the enterprise data center. The cloud has been another matter, with VMware trying to reorient its product line toward cloud operations and become a cloud vendor itself. 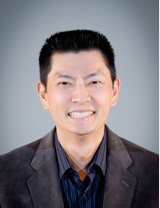 VMware's vCloud software stack is meant to convert an in-house vSphere environment into private cloud-like function and connect it to vCloud Air, VMware's own public cloud service. VMware knows that not everyone wants to buy cloud software from VMware, though, so it has brought out a version of OpenStack that also has deep hooks into the VMware environment. It's called VMware Integrated Open Stack.

If a company establishes a VMware Integrated OpenStack private cloud, it can supply its development team with APIs that let them connect back into the legacy system side of the data center. It would then have a platform on which to build modern, micro-service applications without disconnecting from core, legacy production systems. The OpenStack distribution is free to vSphere customers.

That's a big part of VMware's cloud story today: You can build a private cloud system using either its products or an open source code system, and connect it to VMware's public cloud or other public clouds.

vSphere 6 makes 650 additions and innovations from previous versions. Here are a few others:

VSphere 6 also now supports the rapid cloning of thousands of virtual machines from an original. The feature allows the rapid scale-out of a system if traffic demands it.

Virtual desktops: Virtual desktops also get a visual boost from vSphere 6, with supports of NVIDIA Virtual Graphics Processing units in the host to project complex 2D and 3D graphics through the Horizon virtual desktop system to end-users.

When it comes to CPUs, vSphere 6 is listed as supporting up to 480 CPUs per host, but Chuang said the actual number is higher. "We couldn't find any servers that had more than 480 CPUs," he noted. VSphere 5.5 supported up to 320 CPUs per host. The number of virtual machines that vSphere supports per host has moved from 512 to 2,048. It supports up to 128 virtual CPUs per virtual machine versus 64, and 4 TB of virtual RAM versus 1 TB, according to information supplied by VMware.

Storage changes: The many changes in vSphere are supported by accompanying changes in VMware's Virtual SAN storage software. VSAN is VMware's technique of pooling the solid state and hard drives on a server rack into a single storage resource managed from the vCenter management console. VSAN 6 recognizes that SSDs have a much larger presence on the server rack, and it can now work with storage that's a mix of spinning disks and SSDs, or is all solid state. That means better performance and scaling; VMware previously recommended that VSAN be used in test and dev, virtual desktops, or disaster recovery. Now it says it's ready for prime time, production systems.

VMware has upgraded its virtual storage software, Virtual Volumes, so that the management software can see and control the storage being used by a single virtual machine. It does so by moving the control plane off the storage device and putting it into the hands of the storage manager.

Virtual Volumes is rapidly becoming a de facto industry standard, with storage vendors such as EMC, HP, IBM, NetApp, Hitachi, Fujitsu, NEC, PureStorage, SolidFire, and others supporting it in their products. It makes storage a more easily managed part of the virtualized data center. Virtual Volumes are included in vSphere.

(Editor’s Note: This article was revised on February 4 as the result of a follow-up interview with Mark Chuang.)

Charles Babcock is an editor-at-large for InformationWeek and author of Management Strategies for the Cloud Revolution, a McGraw-Hill book. He is the former editor-in-chief of Digital News, former software editor of Computerworld and former technology editor of Interactive ... View Full Bio
We welcome your comments on this topic on our social media channels, or [contact us directly] with questions about the site.
Comment  |
Email This  |
Print  |
RSS
More Insights
Webcasts
Monitoring Critical Cloud Workloads
4 Practical Tips for Building a Data Lake
More Webcasts
White Papers
Why You're Wrong About Operationalizing AI
Case Study: Midwest Bank Gains Threat Visibility & Control with Bandura
More White Papers
Reports
Cortex XDR Rides the Forrester Wave as a Leader
The Need for Speed: Second Generation EDR
More Reports

For those waiting for VMware to be dislodged from its entrenched and sometimes disruptive roie in the data center, consider the fact that its Virtual Volumes is now widely accepted as a way to assign a unit of storage to a virtual machine. HP, IBM, EMC, Dell, AppNet, Hitac.hi, Fujitsu, NEC, PureStorage, NimbleStorage, Tintri and SolidFire are supporting VV as a way to manage storage for a specific virtual mchine.
Reply  |  Post Message  |  Messages List  |  Start a Board
InformationWeek Is Getting an Upgrade!