It didn't take VMware long to respond to Amazon's incursion into the vCenter data center management console. CTO for the Americas Chris Wolf, VMware's January recruit from the Gartner Group, answered Monday in a blog post.

In "Don't Be Fooled By Import Tools Disguised As Hybrid Cloud Management" Wolf wrote plenty to support his headline. It's nothing new for one hypervisor supplier to build a means of converting some other hypervisor's virtual machines to its own format, Wolf noted. Amazon previously had that capability for VMware ESX Server VMs, and VMware itself has built an ability to convert Microsoft Hyper-V virtual machines into those that can be managed with vSphere management tools. But the key passage that illustrates how VMware will resist Amazon raids on its customer strongholds was:

The true challenge is trying to manage workloads deployed to different data center or cloud environments requiring new API integration or new operational management tooling. IT decision makers want a consistent management and QA experience no matter where they deploy a workload.

If you've already got a consistent set of APIs, and you're already using a sophisticated tool, such as vCenter Log Insight, why would you give that advantage up by moving to Amazon Web Services? You'd lose the ability to know in detail what your workload is doing or to predict what capacity to assign for consistent operation, Wolf suggested.

Wolf said he talks to plenty of customers, and a common complaint is that once they've set up tasks in the public cloud, they're dismayed to find they "cannot be redeployed or migrated anywhere else." While it might be technically possible to do so, there's "always a matter of migration costs outweighing the benefits." Private enterprise often has to meet security and compliance requirements, or distribute a key production software stack to different locations around the world. One public cloud provider won't get them to where they want to go.

"The organizations that I speak with daily are demanding the following... Flexibility and choice. Today's platform decision may not be the best option in two years, or perhaps even a few months," he wrote.

"When you get past the marketing," he continued, without saying whose marketing, "...converting the virtual machine, migrating the app and the data is the easy part. Rebuilding the management infrastructure is anything but 'easy.' " Trying to provide similar management with different and perhaps more limited tools in a new environment can be something like a game of Jenga, he warned. Take away one management dependency, "and the whole service stack can come tumbling down." 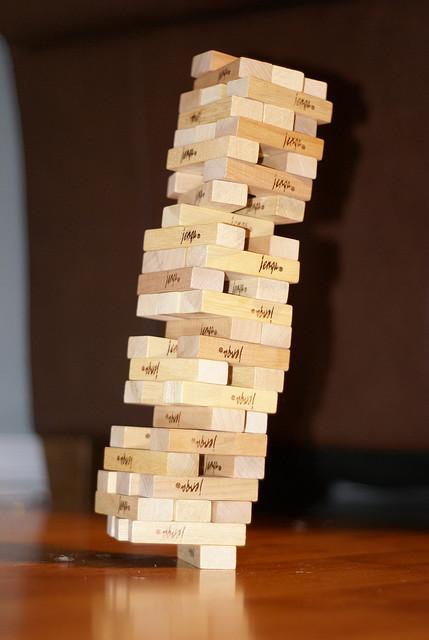 Given that moving workloads is something of a Jenga contest, the enterprise architects of hybrid cloud "want as few variables as possible," and that means both host hypervisors and management tools. The more involved, "the more costly automation becomes at scale."

In the second half of the blog, Wolf points to Amazon's May 30 announcement of AWS Portal for vCenter and AWS Connector for vCenter. The portal can be used for importing a VMware virtual machine into EC2 and conducting basic management tasks, conceded Wolf. But he raised the following objections to VMware customers actually using it:

"There are many things that the AWS Management Portal does not do that should lead you to question its strategic value," Wolf wrote.

Charles Babcock is an editor-at-large for InformationWeek and author of Management Strategies for the Cloud Revolution, a McGraw-Hill book. He is the former editor-in-chief of Digital News, former software editor of Computerworld and former technology editor of Interactive ... View Full Bio
We welcome your comments on this topic on our social media channels, or [contact us directly] with questions about the site.
Comment  |
Email This  |
Print  |
RSS
More Insights
Webcasts
Disaster Recovery/Business Continuity in the New Normal
4 Practical Tips for Building a Data Lake
More Webcasts
White Papers
How DevOps Delivers on User Experience with Observability
Bandura Threat Intel Integrations Infographic
More White Papers
Reports
Gartner's Top 9 Security Trends in 2020
The State of CCPA 2021
More Reports

Joe Emison makes some very strong points and he's right, as far as the state of the art goes today in cloud computing. It's difficult to do hybrid and best stay away from ambitious hybrid interactions, at least until it becomes a surer thing. But it doesn't have to be this way. The import mechanism, I believe, is based on the Open Virtualization Format, a DMTF standard agreed to by multiple vendors in 2010. With a little more work, a standard could be established for export as well. Without an export standard, VMware is going to be the party that makes import/exporft easy, provided it's a VMware cloud.
Reply  |  Post Message  |  Messages List  |  Start a Board

Of course, Amazon's move and VMware's response could benefit both companies among some clientele.  Multi-cloud solutions are becoming more popular.  What's more, conversion capabilities such as these enhance externalization capabilities for collaborating -- which can be a big deal in collaboration-heavy industries such as the life sciences.
Reply  |  Post Message  |  Messages List  |  Start a Board

The cloud vendors seemed to have picked up the practice of VMware and other virtualization vendors: import any promising customer that you can and provide the virtual machine format conversion; export only your own format. It doesn't have to be this way. With third parties, such as RightScale, the export mechanism works just as well as import.
Reply  |  Post Message  |  Messages List  |  Start a Board

Cloud pros will relate to the Jenga analogy and the related cautions that Wolf makes. One wonders what Amazon's next steps will be. Thoughts?
Reply  |  Post Message  |  Messages List  |  Start a Board
InformationWeek Is Getting an Upgrade!