VMware already has one data center in Tokyo, and is considering adding more in Asia. The new facilities will offer Google services through the companies' new partnership.

The Melbourne location puts a vCloud center in the heart of a concentration of existing VMware vSphere customers, serving the Australian cites including Sydney, Canberra, and Adelaide, along with cities in neighboring New Zealand.

VMware will offer an updated disaster recovery service based on virtual machine management from Melbourne, as it does from other vCloud centers. The two-way service provides an offsite disaster recovery service for users who lose a primary data center, and it can be used to replicate backup copies back into the disaster site as soon as its available. VMware announced the bi-directional service in January, and it became available at the end of March. 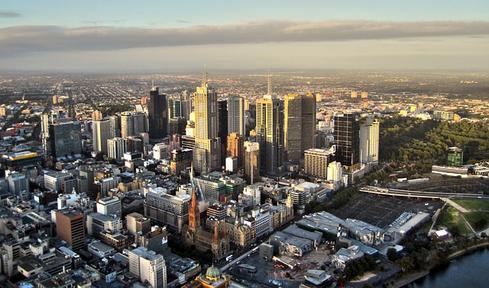 Of VMware's cloud services, the disaster recovery offering "has been our most successful service introduction," Lodge said in an interview.

The Melbourne center will eventually bring Google's BigQuery and other cloud services closer to Australian and New Zealand users as well. VMware and Google have struck up a partnership where some specialized Google services can be used from the vCloud Air facilities. The integration of the services into VMware's facilities is still underway, with no date yet when they will become generally available. Customers will be able to access the services through a single sign-on to their VMware accounts in the Melbourne center, with follow-up Google Compute Cloud accounts needed. VMware will bill the VMware customer for the Google services, based on usage.

VMware already has US vCloud centers in Santa Clara, Calif.; Las Vegas; Dallas; Sterling, Va.; and Elizabeth, N.J., outside New York. It also operates additional data centers in Slough, England, and in Frankfurt. Lodge declined to say how many servers are installed in the Melbourne facility.

Charles Babcock is an editor-at-large for InformationWeek and author of Management Strategies for the Cloud Revolution, a McGraw-Hill book. He is the former editor-in-chief of Digital News, former software editor of Computerworld and former technology editor of Interactive ... View Full Bio
We welcome your comments on this topic on our social media channels, or [contact us directly] with questions about the site.
Comment  |
Email This  |
Print  |
RSS
More Insights
Webcasts
People Are The Most Important Part of Autonomous SOC
Optimizing App Performance in the Cloud
More Webcasts
White Papers
Why Add Security to Your Skill Set and How to Do It
Sunburst: Impact and Timeline
More White Papers
Reports
The State of Threat Detection and Response
Special Report: Edge Computing: An IT Platform for the New Enterprise
More Reports
Copyright © 2021 UBM Electronics, A UBM company, All rights reserved. Privacy Policy | Terms of Service