The recent VMware and Google partnership shows how far competitors will go to keep would-be cloud customers from flocking to Amazon.

A recent pact between Google and VMware reflects a new air of co-opetition among major cloud computing service suppliers, as companies try to keep Amazon from running away with the market.

Ray Noorda, the late founder of Novell, popularized the term co-opetition, meant to convey how competitors will cooperate where their interests overlap in one narrow sphere, while continuing to compete on many other fronts.

Amazon's continued ability to innovate and create new on-demand computing services around its online retailing base of operations has made it a formidable competitor. As enterprise IT shops experiment with and embrace cloud services, rivals including VMware, Google, Microsoft, Rackspace, and IBM SoftLayer have reason to worry that Amazon will win today's cloud-services land grab before they can bring forth a full suite of competing services.

That's why this new sense of co-opetition is no longer about cooperating on a narrow front, as Noorda envisioned. It means cooperating wherever you can to prevent a potential cloud user from becoming the next Amazon convert.

Google and VMware are both aspiring cloud suppliers, but they have widely different strengths and weaknesses. Google shows off fast, efficient cloud services, modeled on Google Search infrastructure, but it's only lately exhibited much understanding of how to connect those services to enterprise users.

[Amazon's expansion into email may have put Microsoft and Google into a more cooperative mood. See Amazon Workmail A Challenger To Google.]

VMware, on the other hand, has a fine grasp of what the enterprise needs next, but it doesn't have Google's global chain of data centers, speed of operations, or cloud services savvy. In this new era of co-opetition, VMware has opened the door to its enterprise chicken house and invited in the Google fox. If VMware customers haven't tried Google cloud services before, they now have their chance. 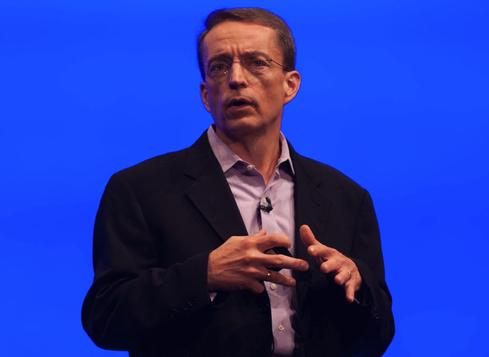 Partnering looks better than watching potential customers move to Amazon Web Services and get entrenched in its ecosystem. Amazon runs its business right around the break-even point as it pours investment into new Amazon Web Services data centers, Amazon.com retail distribution centers, and new product segments. Amazon Studios just announced it was remaking the '70s children's TV show Sigmund and the Sea Monsters, and in January said it would start by mid-year offering a business-focused email and calendar app WorkMail, with enterprise-friendly hooks like Microsoft Active Directory integration. Is there no corner of digital services that Amazon's ambition will leave untouched?

Anything that slows Amazon's ability to grow buys time for Google, Microsoft, and VMware to build up more competitive services.

But the VMware-Google alliance is the clearest example of how much the atmosphere among the cloud competitors has changed. Napoleon once sparked a Grand Alliance against France by conquering his neighbors. Amazon is the Napoleon of cloud computing, with its only weakness its own relentless need to keep expanding.

Charles Babcock is an editor-at-large for InformationWeek and author of Management Strategies for the Cloud Revolution, a McGraw-Hill book. He is the former editor-in-chief of Digital News, former software editor of Computerworld and former technology editor of Interactive ... View Full Bio
We welcome your comments on this topic on our social media channels, or [contact us directly] with questions about the site.
Comment  |
Email This  |
Print  |
RSS
More Insights
Webcasts
Fintech at SaaS speed: Navigating the scale & security challenge
Disaster Recovery/Business Continuity in the New Normal
More Webcasts
White Papers
2021 Digital Transformation Report
Bandura Threat Intel Integrations Infographic
More White Papers
Reports
Future Proofing Your Network for 5G
The State of Cybersecurity Incident Response
More Reports

The worlds of Linux and Windows-based clouds are moving closer together with the pending advent of Windows Docker containers. That will make development work on Cloud Foundry, the VMware-sponsored PaaS, easier to link to development work in a more Windows-based PaaS, such as Microsoft Azure. The tools for formattting, handling either type of container would be the same. Linking containers to work together ramains a work in progress. Some Microsoft tools work inside Cloud Foundry, via Iron Foundry.
Reply  |  Post Message  |  Messages List  |  Start a Board
InformationWeek Is Getting an Upgrade!