In a new study of its cloud computing customers over a three-month period, RightScale found that many are passing up savings, and that overprovisioning resources is still widespread.

On average, customers are wasting 35% of their spending on the public cloud due to an inability to adjust their use to match what they really need. Overprovisioning is as rampant in the public cloud as it was in the enterprise data center, according to an analysis by RightScale of its customers' patterns.

RightScale conducted the analysis on anonymized data from customer cost optimization projects over the last three months, examining 37 different factors in each project. The company included the amount spent on instance utilization, wasted storage, and instance tagging. Researchers found that, on average, cloud customers were overspending by 35%. 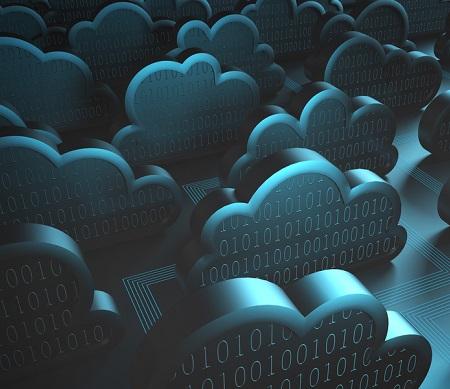 It announced the results as it launched a Cloud Cost Optimization Service, designed to help customers reduce overspending in their cloud service purchasing. Kim Weins, RightScale vice president of marketing, announced the new service on Nov. 15.

That conclusion, however, assumed savings that could materialize from use of Amazon Reserved Instances, which require an upfront payment plus a contract of one to three years.

Not every cloud customer is looking for a service that includes such requirements, and some might dissent from one of RightScale's conclusions:

Instead, they were buying the higher-priced, on-demand instances.

Nevertheless, the RightScale study offered some clarifying data on how money gets spent in the cloud. For example, it found that 76% is spent on compute, 15% on database services, 3% on networking, and 2% on storage. "Other" amounted to 4%.

With the bulk of the customer's bill going into compute, the study concluded that there's waste in the 39% of instances that it found were being underutilized, when compared with the resources with which they had been provisioned. On average, these instances, CPU, and memory were being utilized at below a 40% level.

"Underutilized instances should be considered as candidates for downsizing either one or two instance sizes," according to the company blog.

Downsizing by one instance size typically cuts an AWS instance price in half. One example, moving from AWS's largest general purpose instance (an m3.2wxlarge with eight virtual CPUs) down to an m3.xlarge with four virtual CPUs drops the price from $0.532 an hour to $0.266 an hour.

Another savings can be realized simply by turning off unused instances until they're needed again. One approach is to shut down development and test instances in the evening and on weekends, when they're not being utilized. Such a move can save 65% of their cost, the RightScale analysis said.

Other candidates for shutdown include training, personnel development and demo instances, and instances used for particular projects once the projects are complete.

[Want to see how to analyze your cloud spending? Read Cloud's Thorniest Question: Does It Pay off?]

The RightScale analysis acknowledged that not every customer wants to sign up for AWS Reserved Instances, because customers can't project the exact number they will need over one year or three years.

"The strategy in this situation is to target a certain percentage of Reserved Instances," at a level that's safely within the likely usage level. For production instances, signing a long-term commitment might be suitable for 75%-85% of production workloads. Development, on the other hand, has greater variability in compute usage and might perhaps be provided by 40%-50% of Reserved Instances.

In addition, RightScale's analysis suggested another savings in cleaning up unused storage. It found 7% of the spending on storage was for unused storage. It recommended using automated tools to look for unattached volumes that you're still paying for, and for old snapshots that have outlived their usefulness.

Charles Babcock is an editor-at-large for InformationWeek and author of Management Strategies for the Cloud Revolution, a McGraw-Hill book. He is the former editor-in-chief of Digital News, former software editor of Computerworld and former technology editor of Interactive ... View Full Bio
We welcome your comments on this topic on our social media channels, or [contact us directly] with questions about the site.
Comment  |
Email This  |
Print  |
RSS
More Insights
Webcasts
What We Can Learn from Sports Analytics
ROI and Beyond for the Cloud
More Webcasts
White Papers
The Value of Threat Intelligence with DomainTools: Identify Threats 82% Faster
2020 Threat Hunting Report
More White Papers
Reports
How IT Security Organizations are Attacking the Cybersecurity Problem
DNS Network Traffic Volumes During the 2020 Pandemic
More Reports