Red Hat has worked closely with Docker to produce a stripped-down version of Linux to run containers efficiently.

Red Hat's version of Enterprise Linux for running containers, known as Atomic Host, was made generally available Thursday at the same subscription price as the flagship RHEL operating system.

Atomic Host was first announced at the Red Hat Summit in San Francisco in April 2014, with versions made available for an early-access beta. A public beta was launched in October 2014.

Atomic Host differs in one significant way from Enterprise Linux, whose standard distribution is composed of 6,000 open source software modules, or packages, as Red Hat terms them. Atomic Host, on the other hand, is built with just 300 packages, mainly the kernel and surrounding functionality.

"Atomic Host is an optimized, reduced, minimal footprint of core packages and the kernel, a direct descendent of Red Hat Enterprise Linux 7.1," said Lars Hermann, senior director of product strategy, in an interview. It amounts to a few hundred megabytes of code, which is optimized to run Docker containers efficiently, he noted.

Included in Atomic, in addition to the RHEL 7.1 kernel are Linux C Groups or control groups, Systemd utilities, and the Docker tool for layering an application and its dependencies into a container. Red Hat has "collaborated heavily with Docker," and regards it as a de facto "standard by which we pull the layered container image" and deploy it onto a server cluster, Hermann said.

Docker and Atomic Host users will still need an orchestration system that decides how to deploy a container or set of related containers across a cluster, and commission their needed resources on servers. The open source Kubernetes project is building software to do that in a manner similar to the one Google uses in commissioning 2 billion containers a week. Atomic Host is engineered to work with Kubernetes.

An application in a container includes the "user space" parts, or end-user-oriented components, of the Linux operating system that it needs to run. A container host system such as CoreOS or Atomic Host therefore can be a slenderized version of the main operating system. At 300 packages, Atomic Host will be speedy to run and easier to maintain than a full-sized Linux version. Red Hat is making security and maintenance easier by sending out security notifications and making an updated Atomic Host available for download. The previous version of Atomic is retained as the new version is installed, in case the customer finds a need to roll back to the earlier version. 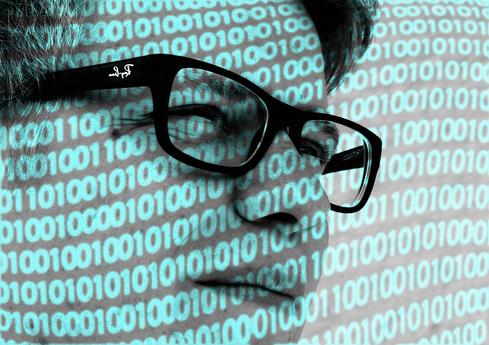 Container hosting is a new procedure in the data center, with unpracticed users having the opportunity to do things wrong. At this stage of release, Red Hat "wants to have a support relationship" with its early adopters. If things go wrong, technical support can illustrate the problem doesn't necessarily lie in the Atomic Host code, said Coggin.

Charles Babcock is an editor-at-large for InformationWeek and author of Management Strategies for the Cloud Revolution, a McGraw-Hill book. He is the former editor-in-chief of Digital News, former software editor of Computerworld and former technology editor of Interactive ... View Full Bio
We welcome your comments on this topic on our social media channels, or [contact us directly] with questions about the site.
Comment  |
Email This  |
Print  |
RSS
More Insights
Webcasts
The Experts Guide to Ransomware Response
Multi-Cloud Data Management for Modern Applications
More Webcasts
White Papers
Protection Strategies for a Cyber-Resilient Organization
Are We Cyber-Resilient? The Key Question Every Organization Must Answer
More White Papers
Reports
Protection Strategies for a Cyber-Resilient Organization
Cloud Misconfiguration Mayhem
More Reports

Both Red Hat Atomic Host and CoreOS are in this space as bare bones server operating systems for containers. Any others out there?
Reply  |  Post Message  |  Messages List  |  Start a Board
InformationWeek Is Getting an Upgrade!