In an interview, the general manager of Microsoft Windows Servers says two types of containers will run under the next version of Windows Server, with Docker functionality.

Microsoft will take a giant step toward compatible operation with the Docker container system when it airs the details of its Windows Server Containers and Hyper-V Containers at its Build Conference at the end of the month.

Support for both Windows Server Containers and Hyper-V containers will be found in the next release of Windows Server, which will help make it a better match for Linux as a platform for next-generation cloud applications.

In addition, Microsoft will offer Nano Server, a stripped-down version of Windows server for running Windows containers. Nano Server is the equivalent of CoreOS Linux or Red Hat's Atomic Host, or slimmed down, kernel versions of Linux for running containers.

Nano Server is "a minimal footprint installation of Windows Server that is highly optimized for the cloud and ideal for containers," said Mike Neal, general manager of Windows Server, in an interview.

Microsoft's move into containers is a major attempt to maintain its relevance and hold on to developers, who have flocked to the Docker container standard for its ease of use and the portability it gives their application code.

In addition, the long-range goal is for Docker users, whether developing for Linux or Windows, to be able to use one tool and configure applications for either Linux or Windows hosts. Each app must still be developed for one operating system or the other, but the container format, in either case, gives the application code greater portability between environments. 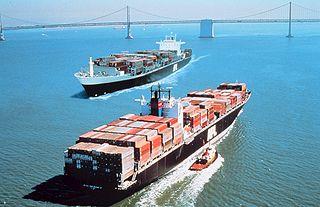 Containers are expected to play a major role in moving code from enterprise development and testing into cloud infrastructure.

Neal said that containers designed for Windows hosts function in a manner similar to Docker, with the container APIs providing a standard way "to manage and manipulate the workload" by the next version of Windows Server. The next version is not due until sometime in 2016. But preview versions will be made available this year, and a demonstration of containers running under Windows Server will be offered at the Build conference coming up April 28 through May 1, Neal said

Last June, Microsoft added support on its Azure cloud for Docker containers running under Linux in a Hyper-V virtual machine. Providing direct Windows Containers with no need for a virtual machine, Linux operating system, or Linux container format is the next step, Neal said.

Microsoft has been working with Docker, however, to ensure Windows Server Containers will be integrated with Docker Machine container formatting, Docker Compose orchestration of an application in a container, and Docker Swarm's capability of building a cluster on which to run containers. These functions are supposed to match those available under the same name in the Linux world.

In a further attempt to match developments in the Linux world, Microsoft is donating the container engine for Windows Server Containers to the GitHub Docker repository as open-source code.

Containers under Windows will offer the same virtues to the Windows part of the data center that they already have for the Linux part: Many Windows Server Containers can run on a single host, isolated from each other by the container's logical boundaries, but sharing the host's operating system.

Hyper-V Containers are a Windows Server Container running inside a Hyper-V virtual machine for added security. Neal termed that arrangement a "new, first-of-its-kind offering" in his blog announcing the container types April 8.

The uses and details of each type of Windows container will be further aired at the annual Build developers conference in San Francisco, April 28 through May 1.

"Microsoft has been a great contributor to the Docker project since our joint announcement in October," said Nick Stinemates, Docker's head of technical alliances, in Neal's April 8 blog. "They have made a number of enhancements to improve the developer experience for Docker on Azure, while making contributions to all aspects of the Docker platform, including Docker orchestration tools and Docker Client on Windows."

Charles Babcock is an editor-at-large for InformationWeek and author of Management Strategies for the Cloud Revolution, a McGraw-Hill book. He is the former editor-in-chief of Digital News, former software editor of Computerworld and former technology editor of Interactive ... View Full Bio
We welcome your comments on this topic on our social media channels, or [contact us directly] with questions about the site.
Comment  |
Email This  |
Print  |
RSS
More Insights
Webcasts
What We Can Learn from Sports Analytics
How Elite Analyst Teams are Transforming Security with Cyber Reconnaissance
More Webcasts
White Papers
A Technical Deep Dive on Software Exploits
SANS 2021 Cyber Threat Intelligence Survey
More White Papers
Reports
The State of Threat Detection and Response
Special Report: Understanding Your Cyber Attackers
More Reports

Microsoft's Server 2016 Tech Preview:  the Docker support includes a feature for OS image, which I'm told is aimed at support of both Windows Server 2016 Core, and the streamlined Nano version.   So, there should be some flexibility of images for these two platforms.  A third party is working on Docker Engine support for Windows Server 2012, that is Windocks.com.   Re:  difference in behavior . . . as can be seen in recent move by Microsoft Azure, they are moving to provide Docker Container Services, using Mesosphere, so we can/should expect Windows and Linux Docker containers to be integrated (using Linux containers for NoSQL services, for example), and support common infrastructure.   There will undoubtedly be some differences in Docker commands, as I suspect some particularly Linux oriented commands won't be supported on Windows.
Reply  |  Post Message  |  Messages List  |  Start a Board