Microsoft is investing $15 billion to establish the Azure Cloud as a worldwide presence. Canada and South Korea are part of its expansion roadmap.

Microsoft has expanded its Azure Cloud into South Korea and made it generally available in Canada with expanded data center locations in Toronto and Quebec City.

The latter move gives it an edge over Amazon north of the border because of Canada's data privacy restrictions against storing its citizens' data in the US. Canada may prove a new field of competition for cloud providers. On its world infrastructure map, Amazon lists a Montreal cloud data center as "coming soon." It will also soon add data centers near Columbus, Ohio.

Microsoft Canada president Janet Kennedy announced the expansion May 10 and noted the added Azure data centers will allow healthcare data on Canadian citizens to reside on a cloud service without risking violation of Canada's data privacy laws. Office 365 Online applications will be served from the Canadian data centers, allowing them to collect and store citizens' data as well. 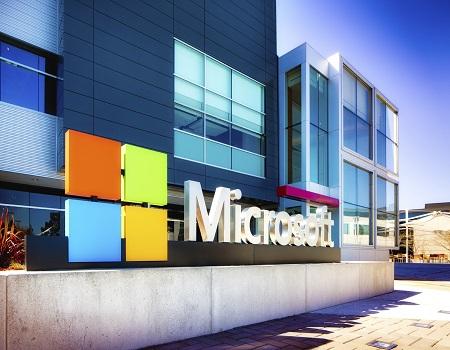 The two Canadian data centers give customers the assurance of a data failover site that maintains "data residency." It's still inside Canada, Kennedy said in the announcement. Database systems and other large data repositories can also have a backup and recovery site that meets the same criteria.

Azure ExpressRoute, which offers private-line, high-speed access to an Azure data center, is also available through Bell Business Markets, a Canadian telecommunications provider based in Montreal. Both Microsoft ExpressRoute and Bell's own Bell Cloud Connect supply access to services on Azure over a dedicated high-speed line instead of the public Internet.

Microsoft corporate vice president Takeshi Numoto wrote in a blog May 10 that Microsoft now offers Azure services as generally available in 24 regions around the world and announced 6 more. The general availability of Canadian service and the announcement of South Korean service are part of the $15 billion Microsoft has spent to establish the Azure Cloud as a worldwide presence, Numoto wrote.

"We are excited to be taking advantage of the newly opened Microsoft Canadian data center where we will begin moving more than 35,000 users to the Microsoft Canadian cloud," Labi Kousoulis, minister for Internal Services for the Province of Nova Scotia, was quoted as saying in Numoto's blog.

In the US, Microsoft operates Azure data centers in San Antonio; Des Moines, Iowa; Chicago; Quincy, Wash.; Cheyenne, Wyo.; and Boydton, Va. In Europe, it operates centers in Dublin and Amsterdam. In Asia, it has centers in Hong Kong, Japan, Australia, and China. It also operates centers in Brazil. It lists more than 100 data center locations supporting its Azure and online services. The company says these sites are both built and owned by Microsoft and leased from other owners.

The data center announced for South Korea will be located in Seoul. It's likely another will be announced, since Microsoft tries to build paired data centers when it launches in a new region: One serves as a backup site for the other.

"The new regions "will feature the same industry-leading levels of security, privacy and control, compliance, and transparency" as Azure in the US, Numoto wrote.

Amazon also lists availability zones within a region, each one in effect representing the equivalent of an independently functioning data center with its own power and communication. While its data center used the most, US East in Ashburn, Va., might be counted singly by competitors, it has five availability zones, and amounts to a data center complex.

Charles Babcock is an editor-at-large for InformationWeek and author of Management Strategies for the Cloud Revolution, a McGraw-Hill book. He is the former editor-in-chief of Digital News, former software editor of Computerworld and former technology editor of Interactive ... View Full Bio
We welcome your comments on this topic on our social media channels, or [contact us directly] with questions about the site.
Comment  |
Email This  |
Print  |
RSS
More Insights
Webcasts
Zero Trust for a Work-From Home World
People Are The Most Important Part of Autonomous SOC
More Webcasts
White Papers
Why Add Security to Your Skill Set and How to Do It
Definitive Guide to Endpoint Privilege Management
More White Papers
Reports
Protection Strategies for a Cyber-Resilient Organization
The State of DevSecOps Report
More Reports
Copyright © 2021 UBM Electronics, A UBM company, All rights reserved. Privacy Policy | Terms of Service