IBM has reached a memorandum of understanding with a Chinese cloud service provider, Tencent Cloud, to offer a new level of services in China aimed at enterprise customers.

Not commonly known in North America, Tencent is China's largest Internet service provider and considered one of the world's largest Internet companies, trailing only Google, Amazon.com, and eBay. Its headquarters are in the Nanshan District, Shenzhen, China.

"Tencent has a stable and reliable cloud computing platform, while IBM has abundant software and industry expertise aimed at the enterprise," said Taosang Tong, president of the Social Network Group and senior executive VP of Tencent Inc., at the start of Tencent's annual Global Developers Conference in Hainan, China. "We will work together to bring 'Internet mode' to more enterprise-level clients," he added. 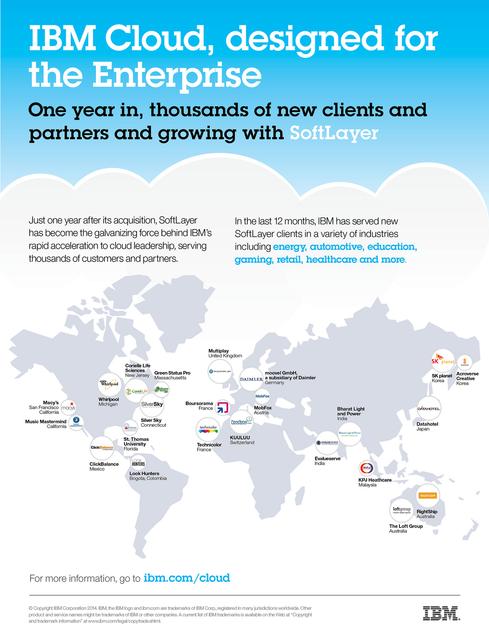 IBM and Tencent together will offer major Chinese enterprises and agencies cloud migration and integration services, so that they may move their workloads into the public cloud. Tencent will offer a range of software as a service, including customer relationship management and digital marketing.

[Want to learn more about Amazon's plunge into China? See Why Amazon Faces Challenges In China.]

"Tencent Cloud and IBM will jointly promote industry innovation and gain from one another's resources and global capacity to benefit enterprise customers," the companies said. The partnership won't simply be providing plain vanilla infrastructure as a service. "IBM and Tencent's shared vision is to add differentiating value by serving the particular needs of specific industries. That is the key to unlocking the transformative power of cloud computing," said Nancy Thomas, managing partner in IBM's Business Consulting Services in China.

That will mean industry specific SaaS in marketing, CRM, office automation, and enterprise asset management. The partnership will provide consulting, migration services, integration, and other forms of technical support as companies move to the cloud. Cloud-based analytics, an IBM strength, is also a planned service.

Microsoft in May 2013 announced it would operate two Azure-based data centers in China through a partner. In December, Amazon announced it was moving into the Chinese cloud market as well. But in a sense, IBM had beaten them both to the punch and is now in a strong position to compete for big customers as soon as Tencent is able to launch their joint services.

IBM has cultivated Chinese officials and agencies for several years, sold its ThinkPad and x86 server business to Lenovo, and was named in January 2011 as the builder of a giant data center complex just 31 miles outside Beijing. The complex will consist of seven 160,000-square-foot data centers.

China doesn't allow Western technology companies to build and operate data centers within its borders. They must work through a native partner. Microsoft, for example, opened its Azure centers in Shanghai and Beijing through indigenous partner, 21ViaNet. American cloud suppliers can provide specifications for infrastructure and software, but it will be operated by the partner, who owns the facility.

Charles Babcock is an editor-at-large for InformationWeek and author of Management Strategies for the Cloud Revolution, a McGraw-Hill book. He is the former editor-in-chief of Digital News, former software editor of Computerworld and former technology editor of Interactive ... View Full Bio
We welcome your comments on this topic on our social media channels, or [contact us directly] with questions about the site.
Comment  |
Email This  |
Print  |
RSS
More Insights
Webcasts
Cybersecurity's Next Wave - What Every Enterprise Should Know
How Elite Analyst Teams are Transforming Security with Cyber Reconnaissance
More Webcasts
White Papers
A Technical Deep Dive on Software Exploits
Zero Trust Evaluation Guide
More White Papers
Reports
Evolution of Ransomware Gangs
How Data Breaches Affect the Enterprise (2020)
More Reports

This is a good news. To enter China market, IBM needs to find the local partner to mitigate policy burdens. Tecent has strong stand in China internet industry. BAT is dominating China internet market at this moment. Tecent has strong development capability as well - see how popular its product is in China (QQ, WeChat, etc.). I do hope this alliance will bring more products and competition in China cloud computing market.
Reply  |  Post Message  |  Messages List  |  Start a Board

IBM wants to cater to the Chinese market, and in order to do so they need a Chinese partner. Enter Tencent.

As an ISP on the mainland, Tencent has the power to help companies navigate the regulations required to operate internet-based enterprise business.

I do not believe IBM would have been able to accomplish this by themselves; they have to find the right partner. Let's hope this works out for IBM's sake.
Reply  |  Post Message  |  Messages List  |  Start a Board

IBM has used its knowledge of international business diplomacy very skillfully in China, in my opinion. Microsoft and Amazon may end up playing catch up to IBM there, which would shift the global scale somewhat.
Reply  |  Post Message  |  Messages List  |  Start a Board
Editors' Choice
Hot Topics