IBM has received 1,200 patents on cloud computing over the last 18 months. Here's a sample of what Big Blue is patenting and why it's a concern.

One is about scaling down a virtual machine as its traffic recedes, another deploys sensitive data to a secure server, and a third creates snapshots of virtual machines for rapid recovery in the event of a failed workload.

These examples don't necessarily bring to mind a sense of blinding brilliance or original innovation, but these cloud operations can be patented. For those who conceive of the cloud as an environment based on public standards with many shared elements, the grant of these patents isn't entirely reassuring.

IBM, one of the world's largest patent-holders, year after year, and a leading patent acquirer, is busy applying the skills of its stable of patent lawyers in order to gain more cloud patents.

We had hoped this round of computing would leave behind highly proprietary components and fiercely fought-over intellectual property. It was going to be based on common-denominator components, Internet and Web service standards, etc., so minimizing the need for proprietary moving parts. 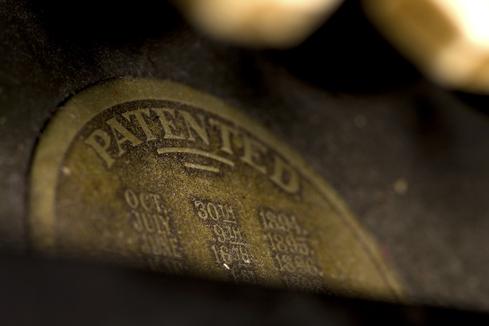 What happened to the sharing economy? Is it here, but won't be based on much sharing when it comes to cloud infrastructure?

Granted IBM, with its Bluemix developer platform-as-a-service or its Softlayer cloud data centers, might have specific inventions and innovations that IBM wishes to protect. But the nature of IBM's patents cited doesn't appear to be particular to Bluemix, Softlayer, or any other IBM-originated service.

Rather, they appear to be more general-purpose cloud processes or operations that many service providers already use or would implement if left free to do so. IBM's patent library might therefore be used to demand royalty payments from other service providers or, perhaps equally likely, be used to ward off claims made against IBM by aggressive patent-holders among the service providers.

Whatever the intent, these patents illustrate how the cloud, even though it's conceived of as a shared environment following public standards, may be subject to some of the same intellectual property disputes and patent trolling as earlier, more directly proprietary environments.

Are we at the beginning of the cloud patent wars? Let's hope not.

But if you think it's common knowledge that a cloud workload can be managed "elastically" to meet demand -- scaled up to meet increasing traffic, then scaled down again -- it may come as a surprise to you that IBM holds a patent on allowing a virtual machine to scale down again as high priority traffic diminishes.

The US Patent and Trademark Office has seen fit to issue Patent 8,949,415, which allows a cloud service to provide a virtual machine with fewer resources after it is determined to have fallen "below a threshold … of high priority network traffic." The idea is that as the traffic diminishes, the cloud service has a right to conserve network bandwidth "by performing a network disablement action with respect to network traffic to and from the VM, without disabling the VM." (In other words, to scale back the bandwidth of a virtual machine, while allowing it to continue running.) This patent was applied for Jan. 4, 2012, and issued Feb. 3, 2015, to three IBMers: Kelly Abuelsaad of Poughkeepsie, N.Y.; Lisa DeLuca in San Francisco; and Soobaek Jang, of Hamden, Conn.

Scaling back a virtual machine to match a decline in high priority traffic. It's not exactly the first time this idea has occurred to a cloud operator, is it? Should IBM own a patent on it? You'll have to judge its distinct and original properties for yourself in "Activity-Based Virtual Machine Availability in a Networked Computing Environment."

"This can help reduce costs charged by a cloud service provider for the amount of data transferred over a network to and from the VM," explains IBM in its summary of the patent.

Granted, that's a simplified explanation, but how about Patent no. 8,984,132:  "System and Method for Supporting Secure Application Deployment in a Cloud." Parts of the invention "identify aspects of a software application that use secure data and deploy the secured data to one or more secure servers." Hmm. This is a patentable process because it's unique to IBM? "Communication between the secure servers and publicly available servers may be managed using secure communications," the description continues. Now there's a breakthrough.

Then there's Patent 9,015,164 for the high availability of virtual servers. "Aspects of the disclosed invention enable a cloud environment to take snapshots of virtual machines, which can then be used for recovery purposes." Really? Snapshotting is patentable in the cloud? It's widely used in many ways in storage systems, including cloud storage systems. Why would IBM be able to get a patent on that? Read "High Availability for Cloud Servers" and perhaps you can explain it to me.

How many of these cloud patents should the Patent Office examiners be issuing?

Exactly how deep is the Patent Office's cloud expertise, anyway?

Is it as deep as its touch screen expertise, which led to its award of all those patents to Apple on the iPhone, even though prior art seemed to indicate Apple didn't invent very many of the touch screen's features? I hope the Patent Office will do better by the cloud in terms of keeping it out of one vendor's hands.

Meanwhile, IBM continues to rack up patent applications and lock up awards on cloud processes.

Charles Babcock is an editor-at-large for InformationWeek and author of Management Strategies for the Cloud Revolution, a McGraw-Hill book. He is the former editor-in-chief of Digital News, former software editor of Computerworld and former technology editor of Interactive ... View Full Bio
We welcome your comments on this topic on our social media channels, or [contact us directly] with questions about the site.
Comment  |
Email This  |
Print  |
RSS
More Insights
Webcasts
Cybersecurity's Next Wave - What Every Enterprise Should Know
What We Can Learn from Sports Analytics
More Webcasts
White Papers
A Technical Deep Dive on Software Exploits
The Essential Guide to Securing Remote Access
More White Papers
Reports
2020: Threats in Review
How Data Breaches Affect the Enterprise (2020)
More Reports

IBM has got to make some money and this may be the fastest path toward that end (and supplanting its leaking MF/hardware legacy business). I'm not sure the sharing economy has anything to do with it. While IBM may (once again) dominate in the patent department, a quick search of the USPTO site shows they are hardly alone in putting their ownership stamp on the cloud.
Reply  |  Post Message  |  Messages List  |  Start a Board

Usually IBM isn't the only one pursuing patents in emerging technology areas. I'm sure Google and Microsoft are also But I think IBM is the biggest.
Reply  |  Post Message  |  Messages List  |  Start a Board

2 points: cloud PaaS is likely to be the eventual end-game solution, and that makes a great deal of cloud functional patents irrelevant since the platform's availability/speed/security features need not be exposed or described, but will merely be leveraged by the platform owner by their ability to provide and guarantee superior SLAs. Second, as far as the merit of your example patents are concerned, it's hard to say what their actual strategic worth might be without very closely reading each, and having a deep understanding of the context in which they were filed. I'm a primary inventor of about 10 different patents and for the majority of them, 95% of the patent's content is fluff or describes prior art or otherwise obvious embodiments and design characteristics, but hidden inside the invention is a couple of novel ideas (often just a single sentence or two) that form the heart of the patent.
Reply  |  Post Message  |  Messages List  |  Start a Board

Charles, read the patent, in particular the claims of the patent. If you don't do the steps in claim 1 of the patent, you're not infringing. This patent shows one way to periodically snapshot a long running process to survive having the process fail somewhere along the way, but certainly not all ways that you can do that. Just scanning the patent, I think it's not even the best way to do it, and if I were so inclined, could file patents on at least four ways to improve upon the method that's described.
Reply  |  Post Message  |  Messages List  |  Start a Board

While the tone of the article seems anti-IBM, I think it really needs to be on the patent office.  If it's going to grant patents like these then it behooves a company like IBM to be there with it first.  Otherwise some other company will get it.  I don't blame IBM for that at all.

I think the issue is that the patent office grants patents that really shouldn't be granted.
Reply  |  Post Message  |  Messages List  |  Start a Board

IBM tanked when they continued their emphasis on mainframes when most businesses were discovering the PC. IBM couldn't even hold on to their silly, low level lenovo. Their answer is to troll for patents to tie up innovation on the cloud. It may be a short term fix for their incompetant/outdated management, but it won't hold up in the long run. Innovation will come from companies that aren't dinosaurs.

AlurL137, I for one have not described IBM as a patent troll and a follow up story today attempts to describe how IBM's use of patents is largely defensive, and often on behalf of partners and allies. Not that it doesn't know hnow to make money on its IP. But it does so in defensive, not offensive, activity. I believe the Patent Office grants software process and business process patents much too liberally. That helps create the problem that tb27 mentions -- the need for companies like IBM to pursue patents for self-protection.
Reply  |  Post Message  |  Messages List  |  Start a Board

OK  I appreciate your honest reply. IBM is one of the last US hardware companies. I'd like to see innovations in hardware instead of trolling patents. I was a recipient of IBM services 30 years ago. Today, they aren't an innovator in their own field. They may be doing all they can in the face of competition, but I'm just analyzing it as it appears in the marketplace.

I think innovation and making breakthrough to make a great product is more important then simple patenting. Of course patent is necessary and a proof of a company's  R&D capability but patent itself is far from enough.
Reply  |  Post Message  |  Messages List  |  Start a Board