IBM on Monday launched disaster recovery as a service on its SoftLayer cloud. The service can recover workloads that were running under Linux, Windows, or IBM's AIX "in a matter of minutes," according to a video linked to the announcement.

IBM's announcement came a day before a major move by VMware into disaster recovery. VMware seeks to exploit its strong position in datacenter virtualization by taking over more of the disaster recovery function at the vCenter management console.

Though VMware announced disaster recovery for its ESX hypervisor virtual machines, IBM made no reference to specific types of virtual machines, such as VMware's ESX, Microsoft's Hyper-V, or Red Hat's KVM. IBM's video says its service could be used with Windows, Linux, or IBM's Unix AIX applications. AIX uses IBM's specific form of virtualization, so VMware could not recover its workloads.

In effect, IBM is making one of its existing managed services, Virtual Server Recovery (VSR), available through its SoftLayer datacenters. At a later date, it will expand VSR to include a wider set of services called Business Continuity and Resilience Services.

[For more on disaster recovery, see Inside A Bank's Cloud-Based Disaster Recovery Plan.]

VSR automates the recovery of specific applications, servers, and cloud-based data in the event of an outage. It replicates whole systems in real-time. The replication includes database dependencies, system files, the application itself, and user data. The replication is independent of the specific hardware running the original application. 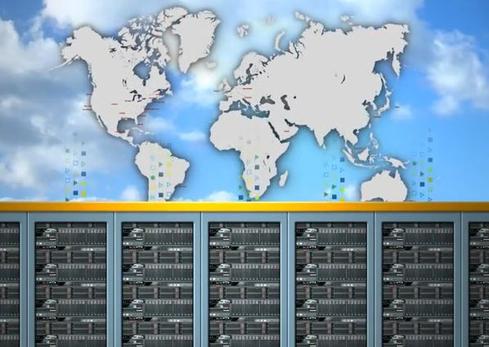 IBM is known to have extensive expertise in disaster recovery, and the announcement contained few specific statements from IBM executives about what was new to the service. Instead, it mainly illustrated how an existing managed service is now available through the SoftLayer cloud, as well as through previous IBM consulting sources.

At a future date, IBM will add Resiliency Consulting Services from the SoftLayer cloud. The consulting service can integrate legacy IT environments with either a private cloud or the SoftLayer public cloud infrastructure-as-a-service. The service will help companies assess what applications need greater resiliency and determine how to implement and test it.

IBM is opening two new cloud-based resiliency centers in Raleigh, N.C., and Mumbai, India. These will join the 15 new SoftLayer datacenters that IBM plans to add this year. The announcement said IBM already operates 150 resiliency centers. Combined with the new additions, the resiliency service will be available in many locations around the globe, cutting network latencies and allowing data to remain close to its point of national origin.

IBM also made managed security services available through its SoftLayer cloud unit. The services will bring IBM security operations and intelligence analysts to customers needing help in identifying threats, tracking incidents, and pinpointing potential vulnerabilities. The services can be integrated with existing on-premises security systems, according to the announcement.

Charles Babcock is an editor-at-large for InformationWeek and author of Management Strategies for the Cloud Revolution, a McGraw-Hill book. He is the former editor-in-chief of Digital News, former software editor of Computerworld and former technology editor of Interactive ... View Full Bio
We welcome your comments on this topic on our social media channels, or [contact us directly] with questions about the site.
Comment  |
Email This  |
Print  |
RSS
More Insights
Webcasts
Take DevOps to the Next Level
Managing a Hybrid Cloud Infrastructure
More Webcasts
White Papers
2020 SANS Enterprise Cloud Incident Response Survey
The Top 5 Mistakes Everyone is Making in Vulnerability Remediation
More White Papers
Reports
2021 Application Security Statistics Report Vol.1
DNS Network Traffic Volumes During the 2020 Pandemic
More Reports

So, IBM is offering DRaaS without supporting the No. 1 (by a mile) hypervisor in use by enterprises? Am I missing something?
Reply  |  Post Message  |  Messages List  |  Start a Board
Editors' Choice
Hot Topics