IBM cuts workers even as it hires for cloud computing and Watson initiatives.

IBM confirmed Thursday that its $1 billion "workforce rebalancing" effort is underway, bringing layoffs to company offices around the globe even as the company is spending billions on new business ventures.

Armonk, N.Y.-based IBM announced the rebalancing plan in January after reporting lackluster financial results for 2013. The company's server business, in particular, has been hard hit, suffering an 18.7% year-over-year decline in revenue in 2013 while most other segments were either flat or showed only modest gains.

Workers in Burlington, Vt., and Rochester, Minn., were laid off on Thursday, according to [email protected], a Communications Workers of America union group attempting to win collective bargaining rights for IBM employees. The governor of Vermont confirmed the cuts, saying approximately 140 were expected to be laid off. [email protected] has compiled reports of more than 3,300 layoffs in IBM offices abroad, including 1,500 reportedly let go in Brazil, 600 in Argentina, 480 in France, and 430 in Italy.

Detailed numbers are not yet available on US layoffs, but IBM issued a statement acknowledging that job actions are underway. "IBM continues to rebalance its workforce to meet the changing requirements of its clients and to pioneer new, high-value segments of the IT industry," the company stated. "To that end, IBM is positioning itself to lead in areas such as Cloud, Analytics, and Cognitive Computing and investing in these priority areas."

IBM pointed to a $1 billion investment in a new Watson unit that will be headquartered in New York City and a $1.2 billion expansion of its SoftLayer cloud operations. In a deal with the State University of New York College of Nanoscale Science and Engineering, IBM announced on Monday that it will keep 3,100 high-tech jobs in upstate New York through 2016. In a separate deal with New York state, IBM is adding 500 employees at a state-owned technology center in Buffalo. 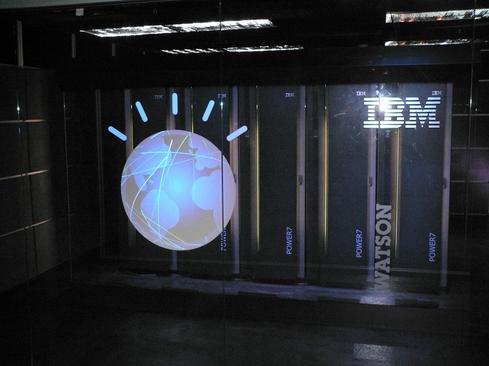 "At any given time, IBM has more than 3,000 job openings in these and other growth areas in the US," IBM stated.

Workforce rebalancing is an annual practice at IBM. A similar $1 billion effort in the second quarter of 2013 eliminated 6,500 to 8,000 positions across IBM's massive global workforce. IBM had 431,212 employees at the end of 2013, down less than 1% from a year earlier, but it was the company's first decline in employment in a decade.

Doug Henschen is Executive Editor of InformationWeek, where he covers the intersection of enterprise applications with information management, business intelligence, big data and analytics. He previously served as editor in chief of Intelligent Enterprise, editor in chief of ... View Full Bio
We welcome your comments on this topic on our social media channels, or [contact us directly] with questions about the site.
Comment  |
Email This  |
Print  |
RSS
More Insights
Webcasts
Key technology trends in 2021 - Making these technologies work for your business
Hybrid Cloud: The Great Balancing Act
More Webcasts
White Papers
Sunburst: Impact and Timeline
Intelligent Outcomes Are Key to Business Resilience
More White Papers
Reports
The Malware Threat Landscape
2020 State of Cybersecurity Operations and Incident Response
More Reports

I know many men and women who have had careers at IBM for decades and I see no sign of dumping employees every ten years and hiring college graduates. That's nonsence. What's more, [email protected] has reported that the layoffs had hit IBM offices in India as hard or harder than anywhere else.

The question in rebalancing is skills needed vs. skills available? If you're building Power servers, you're not exactly in a position to jump over an start helping IBM build out a new Softlayer data center or write code for Watson applications. They have to find new talent for that.
Reply  |  Post Message  |  Messages List  |  Start a Board

Why retrain someone when they can hire someone just out of college for a lot less money? Then they can drain the the life out of the new recruit for 5 or 10 years, lay him off, and hire the the next new grad - all the while claiming there aren't enough qualified Americans, and bringing in non-citizens on work visas. It's the nature of a science or engineering career.
Reply  |  Post Message  |  Messages List  |  Start a Board

These jobs aren't gone. They have been moved to IBM India. IBM is just another big sociopathic Tech company who chose short term gains over long term growth. As a result they are heading toward the tar pits.
Reply  |  Post Message  |  Messages List  |  Start a Board

The thing that's unclear is the extent to which companies try to place workers slated to be laid off in open positions. I hope IBM made that effort.
Reply  |  Post Message  |  Messages List  |  Start a Board

The world is a great big hiring and firing machine. This stuff happens every year and every day. Unfortunate that it's turbulent in people's lives, but companies can't keep making widgets if nobody's buying. Gotta switch to sprockets. Economics 101. This is just the first wave. I'm sure more headlines will follow.

My late father was an executive with Bethlehem Steel before he retired. That company has long since gone out of business and the old mill was converted into a casino and shopping mall. By contrast, I'd say IBM has steered its business pretty well over its 100-plus-year history.
Reply  |  Post Message  |  Messages List  |  Start a Board
Editors' Choice
Hot Topics