Google is now a member of OpenStack, which means its container management platform called Kubernetes is going to get more exposure.

Earlier this month, Google announced that it has joined the OpenStack foundation as a corporate member, eager to match its Kubernetes Project container management platform with OpenStack's Magnum multi-tenant "containers-as-a-service" platform.

Many have sought ways to get virtual machines (VMs) to interact in a standard fashion, but it turns out this is accomplished by using containers instead of cobbling code together for VMs to talk to each other, explained Miles Ward, global head of solutions for the Google Cloud Platform.

"You're building in the public cloud … You need to tie back into private infrastructure," Ward told InformationWeek in an interview.

In effect, OpenStack "constructs the right kind of resource for Kubernetes to consume," Ward said. There is not a lot of integration overhead as a result.

Indeed, Google is one of the largest aggregators of data on the planet and must be able to manage itself in order to deliver its services. The toolsets it has crafted for itself have been "externalized" in recent years, now offered as products to developers eager to craft their own cloud solutions. Doing this with Kubernetes through an open source channel like OpenStack means "everyone can run like Google," Ward noted. 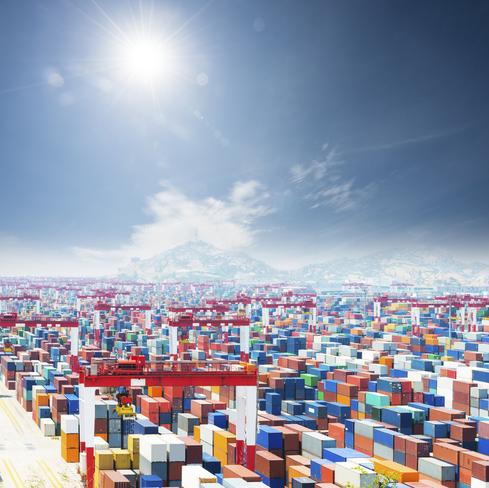 Despite Google's immense mass, none of its service offerings require downsizing to better suit smaller customers, Ward continued. This sounds counterintuitive, but "with big power and big performance, we are able to sell at a finer grain than other competitors." That means customers will pay to use Google services by the minute, not by the hour, he said.

A product based on the Kubernetes and OpenStack Magnum combination is in the works, but Ward could offer no specific timeline when such a product will hit the market.

"We are already working with customers who have done this on their own," he said.

Google is playing catch-up against Amazon Web Services, which currently has a commanding position in the IaaS marketplace. (Google officials never identify AWS by name, but always refer to "other competitors" in the market.)

While Google has presence among technologists, developers, universities, and some IT-savvy companies, it has not gone fully mainstream yet with its product and service offerings.

"Google does not have as close a relationship with the enterprise as Microsoft or Amazon," said Donna Scott, vice president and distinguished analyst at Gartner.

Joining up with OpenStack gets Google that entry.

There is a lot of corporate demand for hybrid cloud solutions, where the most important data is kept in-house while more available information resides in a public cloud. But a lot of hybrid is proprietary, Scott explained, and such systems may be managed using proprietary solutions.

Kubernetes can manage the private and public sides of a hybrid cloud, but also presents itself as an open source solution to replace proprietary solutions, Scott added.

William Terdoslavich is an experienced writer with a working understanding of business, information technology, airlines, politics, government, and history, having worked at Mobile Computing & Communications, Computer Reseller News, Tour and Travel News, and Computer Systems ... View Full Bio
We welcome your comments on this topic on our social media channels, or [contact us directly] with questions about the site.
Comment  |
Email This  |
Print  |
RSS
More Insights
Webcasts
Detecting and Preventing Insider Data Leaks
Nip Ransomware in the FUD: Detecting Attacks Pre-Encryption
More Webcasts
White Papers
Why Add Security to Your Skill Set and How to Do It
Improving Security by Moving Beyond VPN
More White Papers
Reports
Assessing Cybersecurity Risk in Todays Enterprises
The Malware Threat Landscape
More Reports

You seem to forget that VMware and Google are already partners and VMware is pretty well established in enterprises. Anzway it is nice to see Google joining OpenStack.
Reply  |  Post Message  |  Messages List  |  Start a Board
Editors' Choice
Hot Topics