Let's put this week's cloud price cuts in context. Cash-rich Google has made it harder for Amazon to profit on AWS. Whether or not Google steals a ton of AWS customers, Google wins.

In a remarkable display of the cloud's pricing dynamics, first Google, then Amazon Web Services announced severe price cuts to basic services this week. Prices of popular virtual servers plummeted 30%, and a new round of competition was initiated in cloud storage, with prices cut in half.

Amazon didn't quite match the price cuts that Google made in entry-level storage, so it's lost the price leader's mantle there. But it's maintaining a brave front. Without mentioning Google's name, AWS said Wednesday it was cutting prices for the 42nd time and it's in its retailer's blood to continue to discount prices.

"As more companies come in, we'll be mindful of what other companies are doing," said Adam Selipsky, VP of marketing and product management at AWS, in an interview Wednesday afternoon. But Amazon's eye isn't trained on any particular competitor, he continued. "We're going to be very predictable. We'll lower our prices over time" as Amazon realizes increased efficiencies from new components and economies of scale. It's merely doing what it's done all along, instituting another price cut, he said.

But in fact, Amazon has not cut storage prices 42 times by 51%. These cuts were much larger than usual and applied across a larger service set than usual. Given Google's announcement the day before, it's fair to say Amazon's announcement Wednesday represents the first set of price cuts in a competitive cloud-service atmosphere. Reading between the lines, that means AWS doesn't want to overreact to Google's sally into its space. It's willing to concede at least temporarily the price leader's spot in certain cases and, publicly, it's conceded nothing.

For example, a Google n1-standard-1 virtual server, its small, general-purpose server equipped with a single virtual CPU and 3.75 GB of RAM, will be priced at $0.07 per hour starting April 1, a 32.7% reduction. It introduced a Sustained Use server as well. The same virtual server running continuously for a month in "100% Sustained Use" will cost $0.049 per hour, a 52.88% reduction for Google.

How does that compare to Amazon Web Services? Setting aside the question of each virtual CPU's power, it might be compared to the M3.medium, which comes with a single virtual CPU and 3.75 GB of RAM. Its price was dropped 38%, also to $0.07 per hour starting April 1. 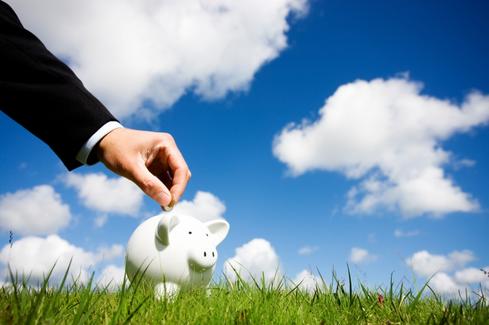 So in entry-level virtual servers, whether on-demand, by the hour, or long-term sustained use, Amazon enjoys a slight price advantage -- but the gap that formerly existed has been largely closed. Google retains an advantage in that it charges by the minute after the first 10 minutes, while Amazon charges by the hour, with a full hour charged for any usage amounting to 15 minutes or more. In the sustained-use category, Google likewise has a more flexible approach, in that there are no one-year or three-year contracts. It will also start applying Sustained Use pricing on a sliding scale after a customer has had a virtual server in use for 25% of the month, although a user doesn't get the full benefit unless the server runs 100% of the month.

In the key category of cloud storage, however, Google dropped prices so drastically that Amazon chose not to follow suit. In the entry-level, first-TB category of Cloud Storage, Google's price per GB a month is $0.026, compared to Amazon's $0.03 a GB. The Amazon drop for S3 storage as a whole was 51%. In this category it's 65% because this is where new customers are won or lost, and it needed to keep its price within striking distance of Google's bargain-basement level.

That leaves Google being the price leader only on the entry-level storage front. But Google, which is cash rich, is striking hard where Amazon may be vulnerable. Amazon CEO Jeff Bezos is expanding his company in a manner that is going for broke and, some might claim, going broke. It's using all

And the winner is... the customer? Competition is good, isn't it?
Reply  |  Post Message  |  Messages List  |  Start a Board

Amazon has also been a vicious competitor, undercutting entire industries on price, which I'd think would make it hard for them to cry foul.
Reply  |  Post Message  |  Messages List  |  Start a Board

"Google will have to ensure Amazon remains a viable competitor..." Google could slow Amazon's rate of expansion without arousing the scrutiny of the Anti-Trust Division, couldn't it? Google and Amazon don't compete directly in search. They do compete in cloud services,  but Amazon has a much bigger market share there. Even if Google were decreed a monopoly in search, Amazon isn't competing in search. Google would have to be using one monopoly to restrain trade or gain another before the Jusitice Department would have the legal basis to step in, and even then, it might have a tough time making a case.
Reply  |  Post Message  |  Messages List  |  Start a Board

Google will have to make sure that Amazon remains a viable competitor, or it will start to come under the scrutiny of the Federal Anti-trust authorities.
Reply  |  Post Message  |  Messages List  |  Start a Board

They don't refer to cash assets in the same way, but at the end of 2013, Google had $58.7 billion in the bank and Amazon.com had $574 million. Which of these two balance sheets is hurt more by cloud service price cuts?
Reply  |  Post Message  |  Messages List  |  Start a Board
Editors' Choice
Hot Topics