Google Introduces 'Roll Your Own' Option On Compute Engine - InformationWeek

Google is now offering Custom Machine Type servers that its customers can configure the way they want. While this option had been in beta, the company is now making the service generally available.

Google is offering for the first time the option of rolling your own server on the Google Compute Engine cloud.

Customers may configure a server with exactly the virtual CPU and memory that they want, as opposed to selecting one from a table of preconfigured instances, such as those offered by Amazon Web Services and other cloud providers. Google calls the option Custom Machine Type instances. It was made generally available Feb. 17.

Amazon has a wide selection of 39 different instance types, but it doesn't allow the customer to simply configure one the way he or she wants to.

Google Custom Machine Types were first introduced Nov. 18 and have been available through the Google Developer's Console as beta instances for the past four months. In announcing their general availability, a Google spokesman claimed not only are Custom Machines more flexible, but cheaper than their Amazon counterparts. 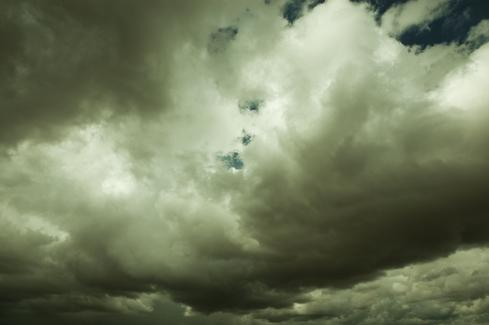 "When choosing a virtual machine type, major cloud providers force you to overbuy, since MVs usually come in powers of two. You need to buy 8 vCPUs, even when you only need 6. Today this ends. With Custom Machine Types, you can create virtual machines with the shapes (i.e. vCPU and memory) that are right for your workloads," wrote Google's Sami Igram, product manager for the Google Cloud Platform, in a November blog post.

With Custom Machine Types, a customer can create a server with from 1-32, virtual CPUs (the vCPUs must be assigned in even numbers) and assign it the amount of memory desired. Each virtual CPU can be given up to 6.5GBs of memory.

Google also offers pre-configured virtual servers, like other providers and offered an example of when a Custom server would be a better deal than what it calls its Standard server type. The n1-standard with eight vCPUs and 30GB of memory would cost $204.40 if it ran continuously over the course of a 730-hour month. The next size up, an n1-standard with 16 vCPUs and 60GB of memory, would cost $408.80 over the same period.

A Custom Machine Type sitting in the middle of these two with 12 vCPUs and 45GB of memory would cost $321.75. The hourly rates amount to $0.28, $0.441, and $0.56, respectively. By gearing the virtual machine to what a customer actually needs, 21% is shaved off his hourly rate with the Custom instance over the larger n1-standard instance.

By adopting the Custom approach, "our customers have saved an average of 19%," wrote Igram in a Feb. 17 blog post announcing general availability.

Google, like Amazon, charges for the amount of time a virtual machine runs, but it measures that time by the minute instead of the hour.

In a Jan. 8 blog post, Miles Ward, Google Cloud Platform global head of solutions, compared the price of a Custom Machine Type with two vCPUs and 8GB of RAM to the Amazon Web Services "M4 Standard," although there's no such instance in the AWS matrix chart. The basic M4 appears to be the M4 Large, with two virtual CPUs and 8GB of memory. The Custom costs $54.82 for a month's worth of use to the AWS M4 Large's $87.60.

But such comparisons are hard to make without a clear definition of what constitutes a virtual CPU for each, down to the gigahertz speed of the chip behind the virtual CPU.

"Rest assured Google continues to be the price/performance leader in public cloud," Ward wrote in January after an announcement by AWS of three price cuts. "As you can see, we're anywhere from 15-41% less expensive than AWS for compute resources ..."

Regardless of the exact price comparison, many customers will feel they are getting the better end of the deal if they configure what they want and pay for only what they configure. Google has instated an innovation in the cloud that Amazon may one day have to emulate.

Charles Babcock is an editor-at-large for InformationWeek and author of Management Strategies for the Cloud Revolution, a McGraw-Hill book. He is the former editor-in-chief of Digital News, former software editor of Computerworld and former technology editor of Interactive ... View Full Bio
We welcome your comments on this topic on our social media channels, or [contact us directly] with questions about the site.
Comment  |
Email This  |
Print  |
RSS
More Insights
Webcasts
Securing and Monitoring Networks in the 'New Normal'
What We Can Learn from Sports Analytics
More Webcasts
White Papers
MPLS, SD-WAN and SASE
IDC Workbook: Best Practices for Cloud Security
More White Papers
Reports
2021 Top Enterprise IT Trends
IDC FutureScape: Worldwide Digital Transformation Predictions
More Reports

I saw a similar post on this site just yesterday. It was about customized PC's. Customization is expensive, it'll probably only make sense for the buyer who buys many copies of the same customized unit.
Reply  |  Post Message  |  Messages List  |  Start a Board
Editors' Choice
Hot Topics