Cloudscaling CEO Randy Bias said in a blog Wednesday that Amazon Web Services's only real competition is Google. That may be true. Google is a tremendous web technology company that's invented many large-scale technologies that the enterprise wants to use today. It's logical that enterprises will surely turn to Google for leadership in the cloud.

But then, doubts set in. Google Apps, a pivot point of Google's outreach to the enterprise, doesn't have many large converts. A few, but not many, at least not on the record. If businesses don't take advantage of this Google service, which they can initiate for free, how likely are enterprises to become long-term Google customers for cloud services?

After witnessing Satya Nadella's ascension at Microsoft, I would like to amend Bias's assessment. Amazon's only real competition is Google on the technology front and Microsoft on the enterprise front. Microsoft doesn't have to figure out how to sell to the enterprise; it's been doing it for many years. Nor does Microsoft have to instantly be on an equal footing with Amazon or extract large profits from its Azure cloud offerings.

On the contrary, Microsoft has such a strong enterprise systems offering in place that its cash flow will help fund its expansion into cloud services. Not many companies can say this; it takes capital -- lots of it -- to launch a global cloud service. Google and Microsoft are the only two companies that I can see (and IBM, maybe) that can make a commitment to provide cloud services and stick to it. The services don't stay the same. They, like the universe, constantly expand.

Amazon.com knows it has a good thing going in Amazon Web Services, selling infrastructure that it needed to engineer in the first place to operate as an online business. It's constantly adding to its infrastructure services, then selectively lowering prices as competitors try to build out matching sets. It's a kind of squeeze on competitors. Match on price so we can drive your spending into a hole.

Rackspace has had to pull back from head-to-head competition, offering more support services and relying more on open source development to carve out its place in the cloud universe.

Google appears to want to match Amazon blow for blow. For example, when it made the Google Cloud Platform generally available in early December, it lowered prices on Persistent Disk block storage by 60%. That was a flanking maneuver to get Amazon customers to take it seriously. 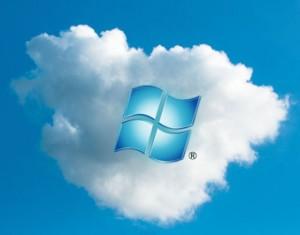 Other vendors don't dare follow Amazon in "a race to the bottom" in cloud pricing, but Microsoft has stated on the record it will do exactly that. Google is acting like it will do it (but check back with us after the next Amazon price cut).

The Azure commitment to match Amazon prices was made at a time when Satya Nadella was head of Microsoft's Cloud and Enterprise unit. Nadella is now CEO. It's in Amazon's DNA to be a thin-margin retailer. It's carrying over the lessons of its online store to the retailing of cloud infrastructure services.

One of the few companies with a similar DNA (we can exclude IBM here) is Microsoft. It wasn't the first to come up with the GUI or applications for the PC, but it offered better value for the price than IBM, Sun Microsystems, Lotus, Word Perfect, or whoever you might want to name in the 1980s or 1990s. It also engaged in some sharp business practices that were eventually judged anticompetitive and monopolistic by the Justice Department.

Now another drama is playing out where the playing field is more level and the players are all bringing respective sets of strengths and weaknesses to cloud computing. Amazon.com is expanding on so many fronts that it is either in the process of becoming the world's largest distribution, fulfillment, and delivery company (as well as retailer) in the world, or something's going to give somewhere.

Google has its own position of strength to compete for cloud users. But of the three, Microsoft is the one with a continuous, assured revenue stream, the technical chops, and a focused new leadership -- one that may to be determined to not let Amazon run off with the prize by itself.

It seems likely this market will segment -- this base level infrastructure at race-to-the-bottom prices, and then specialized clouds that cater to government, healthcare, or high-velocity transactions. Might that allow vendors to command some premium pricing?
Reply  |  Post Message  |  Messages List  |  Start a Board

Yes, specifically competition that has the cash reserves and stomach to call Amazon's bluff on price drops. After all, while sharply dropping prices are good for IT short term, they do tend to stifle new players in the space, and thus innovation.
Reply  |  Post Message  |  Messages List  |  Start a Board

Amazon Web Services is known for and was the first to offer the video encoding service that Azure will be providing. But you're right, Windows and Microsoft technologies have always been a prime target for hackers. So far Azure has maintained a good record of continuous uptime. Will the Olympics change that? We'll see.
Reply  |  Post Message  |  Messages List  |  Start a Board

Charlie makes some cogent arguments here. Microsoft has the cash flow. But does it have the cloud talent?
Reply  |  Post Message  |  Messages List  |  Start a Board

How is portability when you deploy with Azure? Are you locked into Microsoft technology or could you move to a virtual machine on some other provider fairly easily?
Reply  |  Post Message  |  Messages List  |  Start a Board

NBC announced this morning that it will use Microsoft's Azure as the cloud encoding and hosting platform for the Sochi Olympics. I wonder, was this a last minute decision or was Microsoft restrained from announcing it until the day before the openuing ceremony? Anyway, it's a coup for Microsoft, PR-wise.
Reply  |  Post Message  |  Messages List  |  Start a Board
InformationWeek Is Getting an Upgrade!