Gartner Sees $1 Trillion Shift In IT Spending To Cloud - InformationWeek

The shift in IT spending from traditional hardware and software to cloud computing will continue over the next five years. The transfer will total $1 trillion, according to Gartner.

IT spending is undergoing a shift from traditional sources, such as direct server and software license purchases, into public cloud computing. The amount of money IT will spend on cloud services this year is $114 billion, and will grow to $216 billion in the year 2020, according to a report released by Gartner.

That means the impact of the shift will amount to a total of $1 trillion over the course of the next five years. The transition is occurring at a rate of about 2% a year, with IT budget dollars moving away from the enterprise data center assets and into the public cloud.

Such a shift will still leave on-premises IT spending predominant for several years to come. Compared to that $216 billion to be spent on public cloud services in 2020, Gartner sees total IT spending that year amounting to $3.9 trillion.

Gartner also projects that IT budgets as a whole will grow at a 2% compound annual growth rate between 2015 through 2020. The firm also projects traditional IT spending will remain essentially flat after 2016, while cloud spending continues to grow. 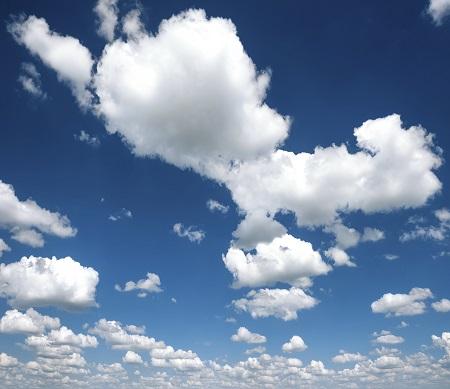 The fact that cloud spending is growing comes as no surprise. Every analyst group has pointed out that fact over the last three years, but the Gartner report, issued to subscribers May 18 and made public July 21, quantifies the shift in terms of the IT budget more precisely than has been done before.

That $1 trillion shift "makes cloud computing one of the most disruptive forces of IT spending since the early days of the digital age," according to Gartner's summary on the report. Gartner aired the report summary as part of its build-up to the firm's IT Financial, Procurement & Asset Management Summits 2016 in London Sept. 12-13. (InformationWeek obtained a full copy of the document.)

"The market for cloud services has grown to such an extent that it is now a notable percentage of total IT spending," said Ed Anderson, Gartner research vice president and author, along with analyst Michael Warrilow, of "Market Insight: Cloud Shift -- The Transition of IT Spending from Traditional Systems to Cloud."

On average, cloud spending will represent 24% of the IT budget by 2020, according to the report.

For some companies, the IT spend in the cloud is greater than for others, particularly among young companies and the startup set. The expansion of IT services in the cloud is "helping to create a new generation of start-ups and 'born in the cloud' providers," Anderson wrote in the announcement of the report.

For example, Gartner sees infrastructure-as-a-service, the core competency of Amazon Web Services, growing at 30.5% a year, from the perspective of the cloud service providers.

Business process as a service, which might include procurement or IT help desk and other forms of customer services, such as those provided by ServiceNow, will grow at a much slower rate of 9%, according to the report.

[Want to see another analyst group's take on the cloud? Read Forrester: In the Cloud, the Big Get Bigger.]

Within IT organizations, the shift will be most evident in three areas:

It will be IT's responsibility, as the shift occurs in a team's own organization and in those of its competitors, to figure out where the organization's risks and opportunities lie among the cloud service providers, and then to capitalize on them. Among other things, IT managers will be choosing and managing vendor relationships as much as they do internal staff.

They will be developing skills in cloud monitoring, cloud workload performance management, and cloud capacity management, instead of procuring equipment and systems management software for their own data centers, the report found.

Charles Babcock is an editor-at-large for InformationWeek and author of Management Strategies for the Cloud Revolution, a McGraw-Hill book. He is the former editor-in-chief of Digital News, former software editor of Computerworld and former technology editor of Interactive ... View Full Bio
We welcome your comments on this topic on our social media channels, or [contact us directly] with questions about the site.
Comment  |
Email This  |
Print  |
RSS
More Insights
Webcasts
People Are The Most Important Part of Autonomous SOC
Nip Ransomware in the FUD: Detecting Attacks Pre-Encryption
More Webcasts
White Papers
Why Add Security to Your Skill Set and How to Do It
Sunburst: Impact and Timeline
More White Papers
Reports
The Infoblox Q4 2020 Cyberthreat Intelligence Report
How Data Breaches Affect the Enterprise (2020)
More Reports

I have seen this headline misquoted in public relations announcements citing a $1 trillion shift to the cloud, as if it occurs annually in each round of IT budgets. The shift takes place over 5 years, and Gartner's way of highlighting it was to aggregate the total from the five years. The amount of shift per year, at the end of five years, is $216 billion, a less catchy figure.
Reply  |  Post Message  |  Messages List  |  Start a Board
Editors' Choice
Hot Topics